Makes Worksop sound exotic, doesn’t it ?  And if you live in South Anston, it probably is.

Sadly, the gorgeous tiling often adorns closed or keg pubs, making Worksop the Rotherham or Woolwich orPoole of the Midlands,

My route to Sheffield to see my lad often flies past the edge of Worksop, though I reckon A1/M180 is about 3 seconds quicker.

In “Notes From A Small Island” Bill Bryson (an American without Dick and Dave’s taste in pubs) stops in Retford, noting its success in losing out to Worksop as HQ for Bassetlaw Council.

That’s a bit harsh on Worksop, which has a bustle it’s neighbour can only dream of.

Most of that bustle comes in a pedestrianised High Street that alternates smart frontage with household tat, and I wouldn’t have it any other way.

My 3 trips since 2016 have covered the full range of English pubs, though a Brunning & Price feels someway off, unless they convert Mr Straw’s House.

Pubs called the Unicorn rarely disappoint, and this Amber Tavern had lovely local beer at bargain prices, bench seating, old town prints and a good couple of dozen drinkers, mainly retirees, enjoying their papers or sports TV. Not all male drinkers by any means either.

I obviously visited before the surreptitious snapping habit started.

The Unicorn was spotless, but Mrs RM preferred the Spoons, possibly because of the Punk and Pizza deal.

New post knocked off in 20 minutes while Mrs RM enjoys the £6.49 Spoons pizza and pint of Punk special. #Worksophttps://t.co/oZSBbSdTLi pic.twitter.com/ohyF4gi4JM

Wetherspoons, those bastions of pub tradition, tell us, “Workesoppe excelleth all others within the Realme for the store of Licoras that growth therein”.

I can’t fault the Liquorice Gardens, bustling and cheery and clean. A great place to observe Midlands life. And hats. If not cask being pulled.

While Mrs RM was sinking her second Punk, I nipped to the new trendy bar south of town.  Well, it was trendy before I turned up.

The barmaid is taken back by my request for a half.

“NO-ONE asks for a half in Worksop”

You can trust a town where no-one asks for a half.

Friendly and cheap, but the high tables would scare off Stafford Paul.

He’d be happier to see the traditional Shireoaks back in the Guide, 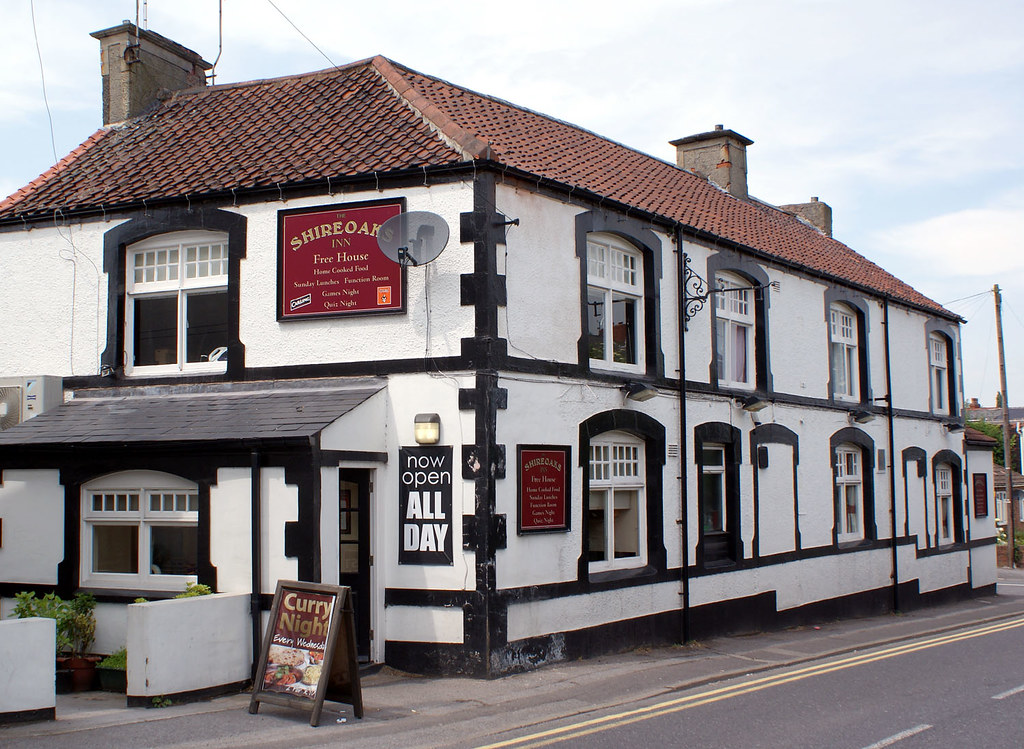 joining the long-standing Mallard and Station by the, er, Station.  BRAPA likes the Mallard, as well he should.

Who knows, by the time YOU get here the French Horn might have re-opened as a Mikkeller. We can but dream.