Another gig, another trip to Manchester on a Tuesday, during which I completed my Christmas shopping for the year. By an amazing coincidence, I’m spending exactly the same in 2019 as every year for the last 30 years.

The one thing I do each year is convert photos of the lads into an attractive calendar for grandparents, on which they can write details of dentist appointments, elections and metalcore gigs at the Baptist Church.

Smiles come harder for an 18 year old than an 18 month old, even when you bribe them with cheesecake at Solita. 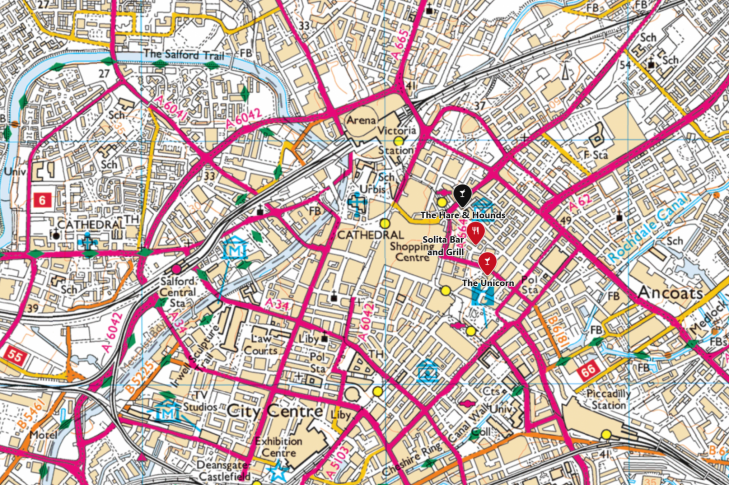 Solita is one of those Northern Quarter places you walk past on the way to This & That or the Hare & Hounds in the alleyways off the High Street.

I always make sure Matt eats well when I meet up; the Manc Burger and Salt & Pepper fries met that requirement. Great cheery staff, as young Mancs invariably are.

Unexpectedly, WhatPub had promised an actual beer. The sellotape on the nozzle suggested otherwise.

Matt declined to join me across the road in the Unicorn. His loss.

The only Bass in central Manchester, though reports of variable quality over the years abound.

Ignore the Bass for a moment, and it’s still a minor classic. 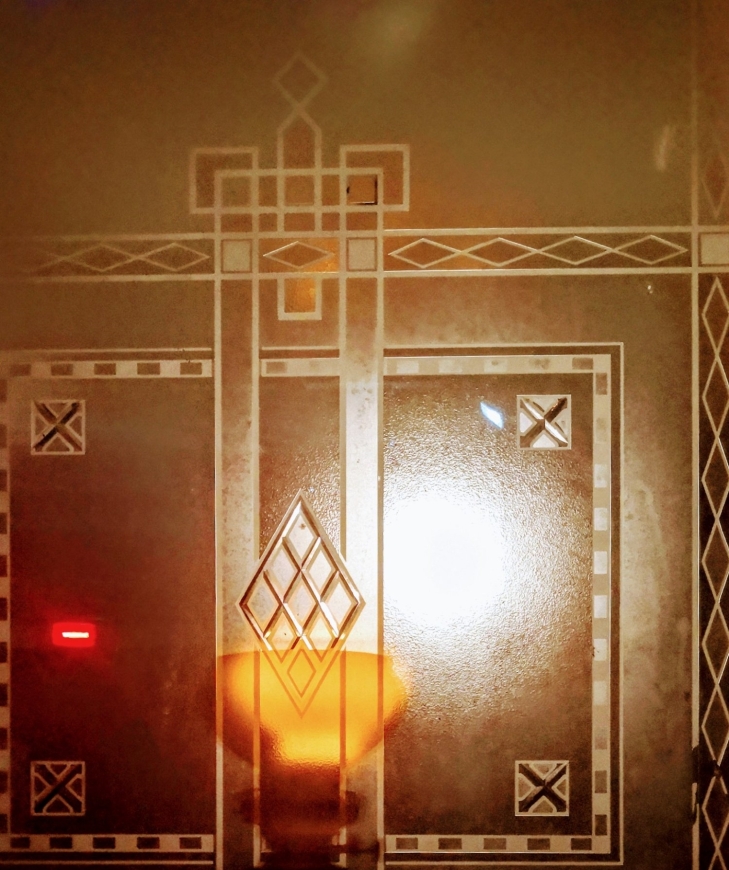 Resisting the of Pipeline’s sour DIPA,

I asked for a Bass.

The service was lovely. “Do ask for a top-up when it settles” Do I look like a man who asks for top-ups?

There can be few finer places to enjoy a quiet pint in Manchester, despite the best efforts of Sam Smith (not the brewer).

A rare playing of Jocelyn’s Brown’s “Somebody Else’s Guy” reminded me I know where that song peaked in the chart in 1984.

It was a decent rather than stellar pint of Bass, satisfying rather than life-sustaining in the way a Bath Star pint is.

But the Unicorn was at turns boisterous and reflective, and most folk were younger than me. Not that that’s hard anymore.

In the gents a strong smell of domestic bleach stopped me at the door. An old chap reflected on the Domestos advert from the ’80s; “Kills the germs and sends you flowers“.

I think he made that up.

10 thoughts on “BASS AND UNICORNS”