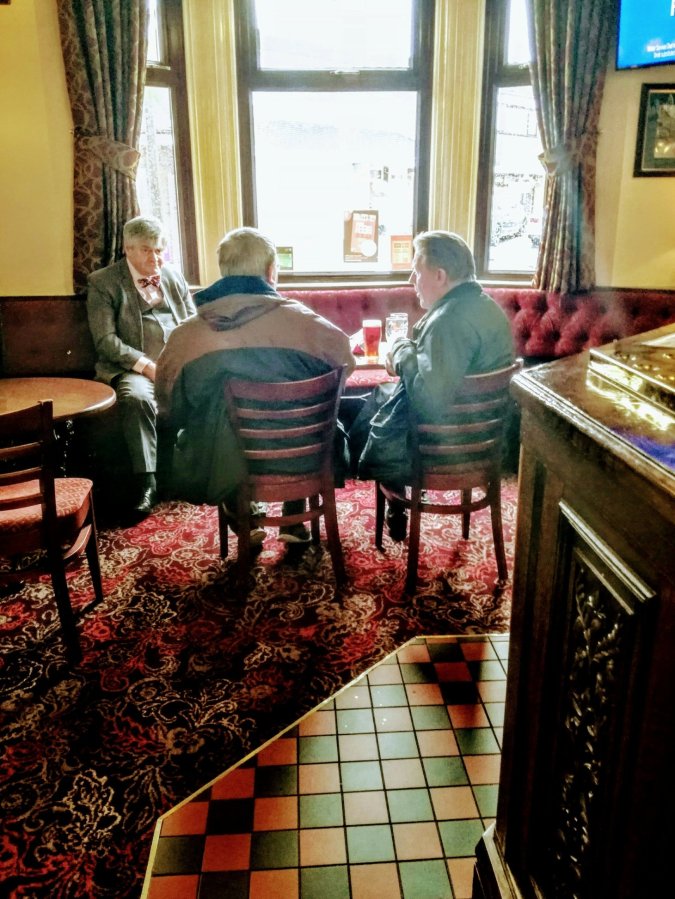 Six of the Best from Black Country Ales, the Antic of the West Midlands.

Well, perhaps not quite Antic, but BCA’s combination of smart community pub with lots of beers does have some similarities.

Because Brum gets a kicking sometimes, let’s start in the heart of the second city (after Manchester).

Lovely pin clear beer, a good mix of ages, and a sense of community as strong as you get in Digbeth. Someone will complain that, like the Joules estate, it’s a bit contrived. But I didn’t feel that.

I enjoyed the newish one in suburban West Brom, too.

Who would trek out to the Three Horseshoes for a pint of Pig ?

Answer: loads of people.  In big and small groups. Smartly dressed professors and scruffs (me). And frankly, it’s a great place for a cheapish pint and a chinwag.

OK, most of them looked retirees (nothing wrong with that), but plenty of pubs fail to attract gentlefolk away from the telly.

My next one wasn’t packed on a midweek afternoon.

But what the Shrewsbury Arms in Stafford lacked in quantity of custom it made up for in quality, as Stafford Paul, Quosh and myself downed pints of Brew XI (responsibly) in our table by the window. Does anyone else remember those halcyon days when we had pubs ?

And not just the exterior. You’ll always find a cherry chocolate porter, a hook for your man bag, and a couple of Old Boys keen to discuss your favourite pub.

I wanted to be a bit miffed that the Queen’s Head had stolen a Guide place from a Bathams or Holdens pub, but I just couldn’t be. Just give Stourbridge the entire GBG allocation for rural Lincs and be done with it.

Next up is the famous one, just in case you thought I’d forgot.

I really didn’t like the Welly a decade ago. Cramped, fusty, full of tickers.

But I’ve warmed to its charms since  I’ve found the roof terrace, and you’ll always get good PubMan action in there.

Another newbie to finish; in fact the last pub I visited before the original lockdown in March. The pubs were already too quiet.

A classy place, the folk who were in were cheery and discussing their future foreign holidays (Oh dear), and I immediately admired Black Country for providing some competition to the Batham’s stranglehold (only sort of joking).

I’d have liked to bring you a few pics from my first, and best, encounter with Black Country, but all I have is the exterior and a memory of cheap faggots.

In honesty, I’ve not always given BCA an unreserved recommendation. Their own beers always struggle for space on the bar alongside cutting-edge like, er,

For example, the Swan in Halesowen was very pubby, advertising the arrival in town of Paul Merson that month, and couples popping in for cobs(/baps/barms etc.)

But ELEVEN beers on a weekday was more than the Spoons down the road; that number MIGHT just about work in the Wellington, but not here.

To be fair I’ve had good beer recently, particularly in Shifnal last year, and with pubs as gorgeous as the Bulls Head in Lower Gornal I can’t bgrudge them their continued GBG success.

I just wish SOMEONE else would help me by drinking the Pig on the Wall rather than the Oakham.

28 thoughts on “A BLACK COUNTRY SIX”