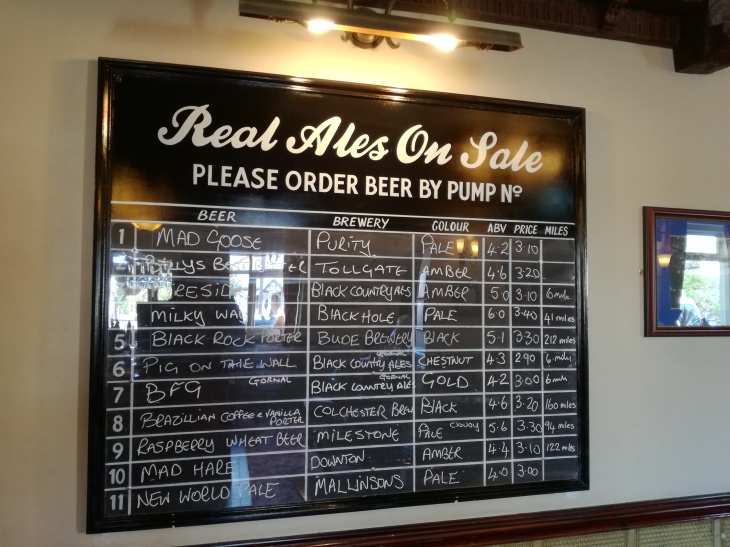 I’d been considering a night in Halesowen, but Stourbridge beckons in a couple of weeks, and you can have too much Black Country fun.

The appeal of the former rests on a couple of famed free houses, and a couple of social clubs, one of which (Somers) was always an exhibition of Black Country bitters. Like all good things, Halesowen’s legendary status couldn’t last, and the Beer Guide contingent dropped out just as the cheapo Travelodge (with attached Greggs !!!) opened.

It’s a workaday town on the whole, more modern Worcestershire than historic Staffs, lacking the Balti draw of Lye or the, er, shabby chic of Blackheath.

But it has the Hawne and the Waggon and Horses, which even Mrs RM could see the joy of on our special minibreak a few years back.  Black Country have just given it their famed eleven ales on the bar treatment.  I suspect I’ll be back there in 2018.

Eleven cask beers might work at the Wellington or the Black Country Arms on a Friday, but fills me with dread on Monday lunchtime in the Swan, a suburban local a mile north of the centre.

It’s another wonderful looking Black Country pub though, with that effortless combination of traditional pubby furnishings and modern comforts (I don’t mean the jam jars). 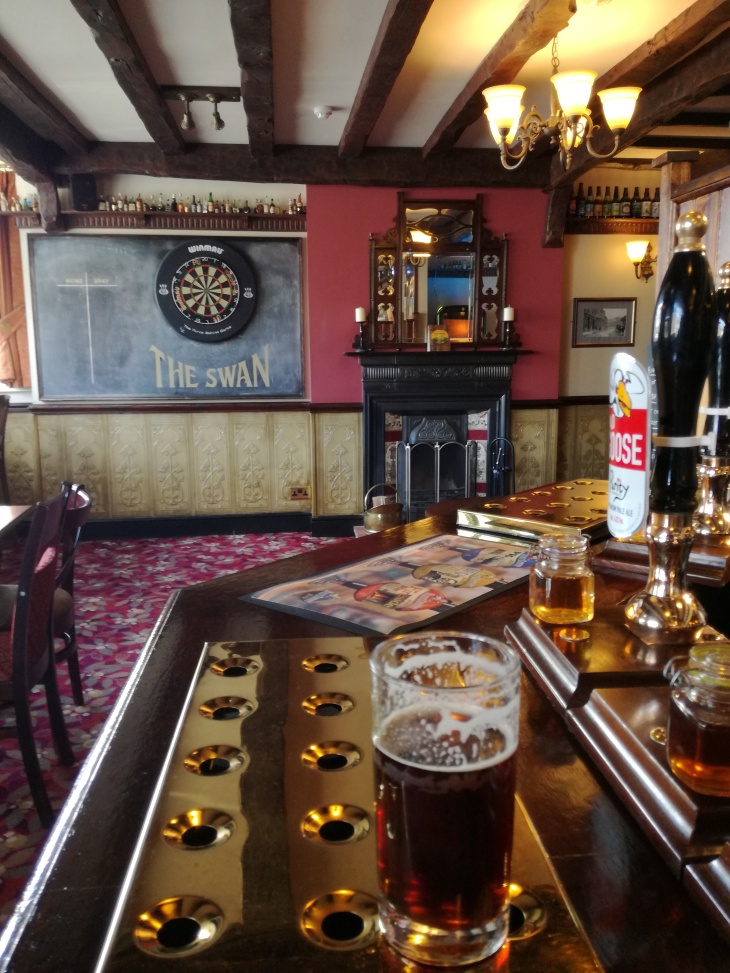 The one thing it lacked was customers, just a couple of gourmets enjoying the cheese and onion cobs and another lone drinker asking for tasters (why ?).  An evening with Paul Merson was being advertised on a poster outside. I bet Paul’s a Mallinsons man.

Panicked by two rows of pumps (the board at the top of this post was hiding round the  corner) I missed the Mallinsons and went for the signature BCA beer, Pig on the Wall.  I always go for the Pig.  As he turned the pump clip round to find it, the pleasant young barman gave me that look that means;

The Pig was watery and fizzy (NBSS 1.5), but there was no way I was taking a half back having failed the ordering ordeal, so I left it*.

You’ll probably have notices some key themes for this blog;

The Swan makes me happy on the first four, being resolutely Londoner free and open all day every day.

But it has more beers on than the Wetherspoons at Merry Hill, and that can’t be right.

Of course, if they increased the punps to sixteen, like in the Wellington, I’m sure it would be rammed.

Or failing that, just stop playing the Stereophonics.

*And of course, it’s not my job to test the beers before they’re served.