I’ve been uncharacteristically generous to my Sis on this trip, you might think, given the tiny lanes she directed me down in Cornwall (“Only following orders !”).

But her pubby observations are highly valued, she doesn’t chat about the Love Island twins from Waterbeach, and when we had a tyre blow out on the M5 she knew exactly what to do.

“Was that your tyre ?” she said as I went over one of the UK’s 231,000 carefully placed potholes* on the slip road from Cullompton Services to the M5.

“Just a pothole, I think“. Shut your eyes and hope for the best. Not literally, obvs.

A minute later a strange noise akin to the sound BRAPA makes when he finds a micro closed told me Sis was right and I pulled onto the hard shoulder. My first thought, after setting up the hazard triangle, 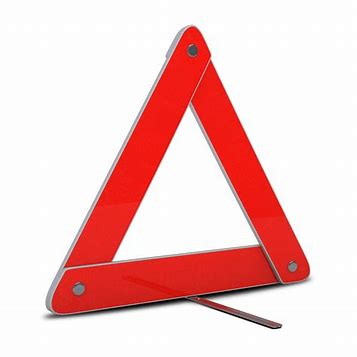 was “I bet the Weston micropub is closed when we get there“. The second thought was “Will the RAC get here quicker if I tell them the Black Cat shuts at 10“.

Not for the first time, three cheers for the lovely RAC, who’d changed the wheel on the passenger side within 40 minutes with a smile.

I drove the next 45 miles even slower than I normally do. My Aygo is a trooper (not the beer) but with 192,000 miles on the clock its limitations are starting to show now.

I was delighted to park up outside the venerable Regency at exactly the time free parking kicked in. I get grumpy paying for parking. Or taxis.

“Didn’t we go in there last time” said Sis, who never forgets a pub.

Now, I should apologise at this point to Portishead, where I had wanted to stay. But a night in the seafront Sandringham (£25 a room) saved a whopping £75, which is a lot of beer and petrol money. Ever since Quinno started bigging up the Bass in the Ship, Portishead has got airs and graces.

The Sandringham Hotel has no such airs and graces, though the WiFi only worked in the lobby, in which revellers from Bristol were preparing for “fun”.

I wasn’t up for a session after Falmouth, just a tick in the micro and a surprise. We all like surprises.

Normally I’d avoid going back to the same place twice, and it seems like Weston is now an annual ritual that’s testing even my blog title powers.

But it’s always fun, particularly when your Sis gets terrified in a dark alley near the Brit Bar (2016). Or frankly anytime you go in Off The Rails.

Somersetians, or whatever the demonym is, seem to be observing Dryanuary better than Mancunians, and the bars looked a little quiet.

More space to admire the Banksy.

And plenty of space to swing a Black Cat in the new GBG tick.

There’s a lot of pubs in W-s-M, but there must be a lot of potential for micro type places with empty units, decent train connections to Brizzle and lots of capacity for beer.

“Oh, is it good ?” said Sis, It’s easy to forget that Titanic is rarely seen in the South (draw your own North/South line).

Plum Porter on gravity, for a change. Rich and tasty, a 3/3.5, but surpassed by the pint of Tapestry Swingball. described as a “quaffable pint” without irony.

I had to look at Untappd (spit !) to find out for you that this is Bristol’s Tapestry Brewery whose collaboration with Greene King produced my unexpected classic pint in a Chef & Brewer last month.

A nice enough place to chat with your Sis about “stuff”, but I doubt the Tiverton ladies darts team will be playing a fixture here.

Anyway, I feel sullied by all this beer talk. Time to go to a Spoons. A famous one.