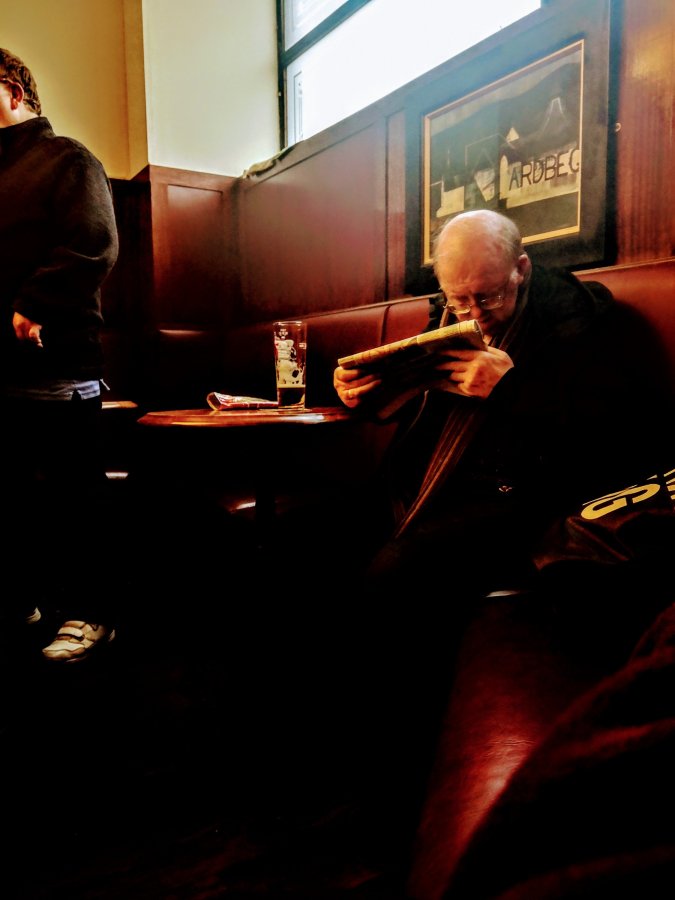 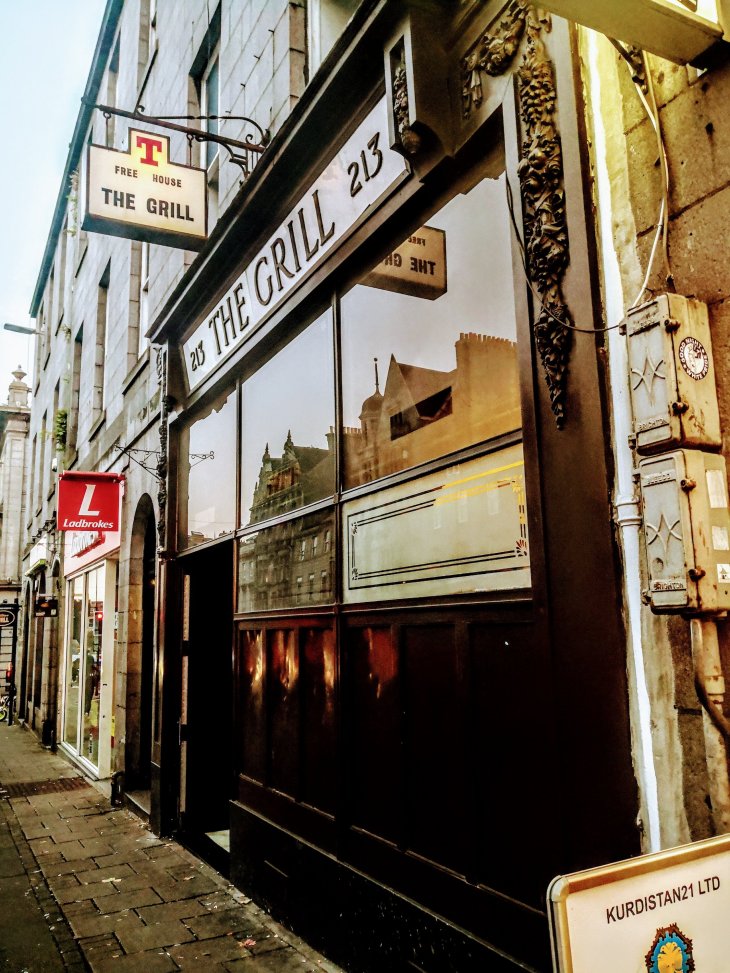 While I’d been slogging my way up to the Highlands and round the Moray coast towards Aberdeen, Mrs RM had taking the easy option of a Logan Air flight from Southend. I think you should demand she blogs about Southend, you know.

She’ll have had this view as the plane bumbled towards Trump Airport in Dyce, without the labels of course. 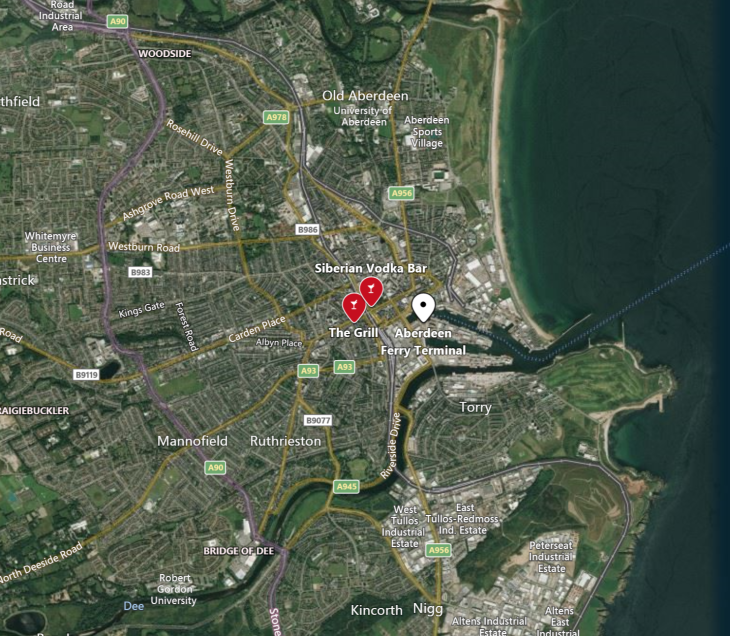 She beat me into the city centre by about 6 hours, setting about fixing IT systems at the University while I did the hard yards of revisiting some Aberdeen classics I missed out last time.

Let’s start at The Grill, to see how this year’s change of ownership has treated it.

Paul will remember the fuss when ladies stormed it in 1973.

Things have changed since those unenlightened days.

4pm on Friday. The Golden Hour. It was magic.

A small, bustling place with seating round all the walls, all taken bar the space by the door where I dumped my backpack and headed for the bar.

I hadn’t been for a decade. It hadn’t exactly gone craft but there was Punk and cocktails alongside the Tennents that still dominates, and that seemed to have helped create a more mixed crowd than I remember.

My corner spot lacked a table, so I had to use the window ledge for my pint of Jarl, which was cool and fruity, and far better than I was expecting (NBSS 3.5+).

I was feeling jealous of the whisky chasers, mind.

Husbands and wives met up and kissed. Folk came and went, but some were there for the duration.

Simplicity itself, it was just magic. I’d compare it to the Laurieston, but I’m not that lazy (I am).

Just like dusk setting on Aberdeen as I left. 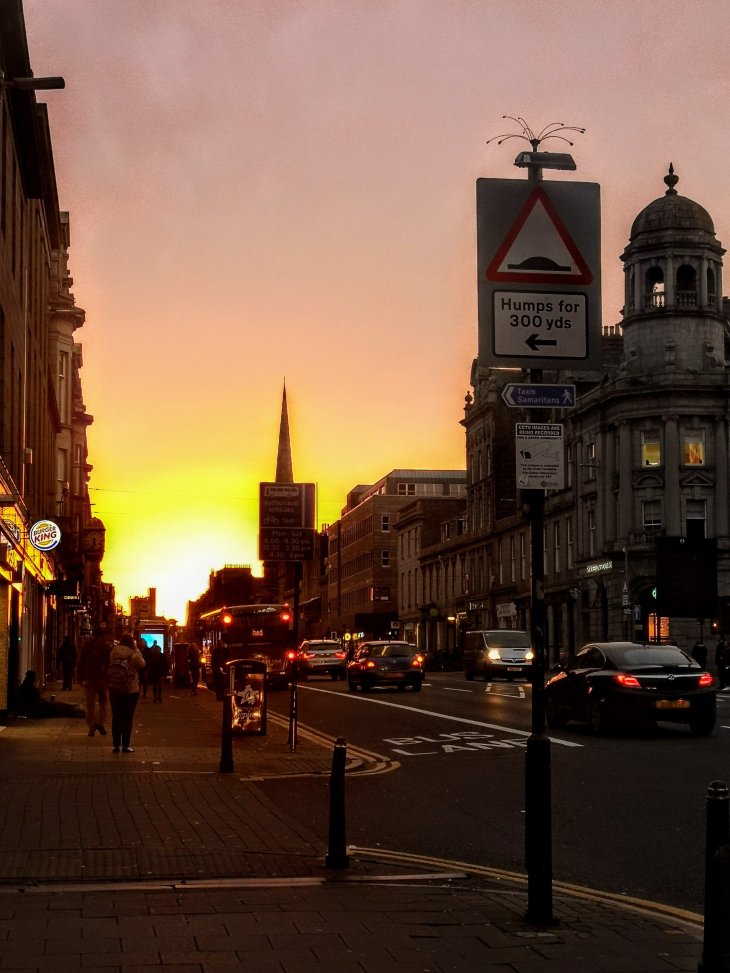 9 thoughts on “THE THRILL OF THE GRILL”