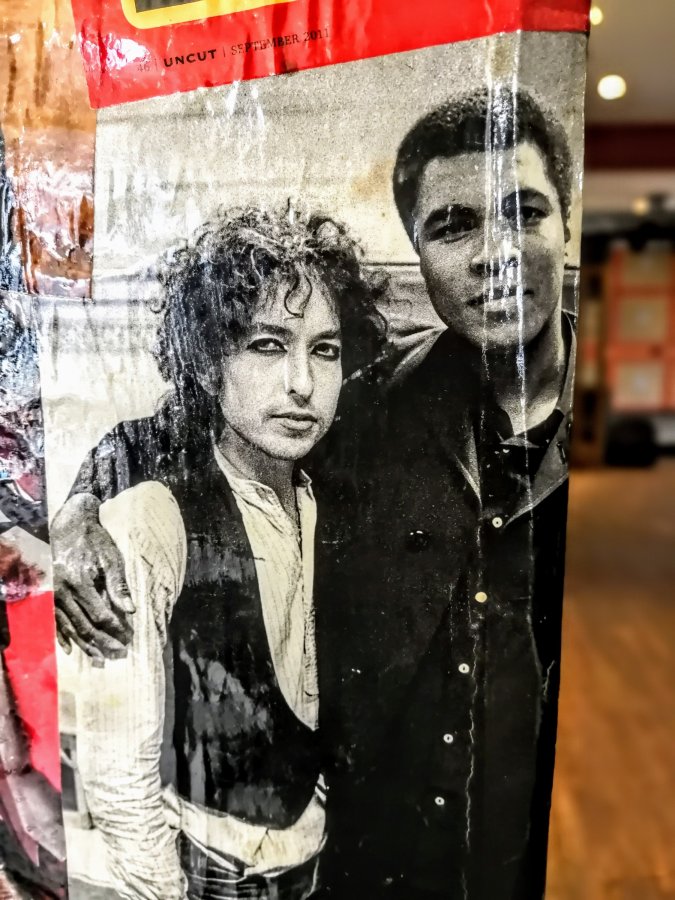 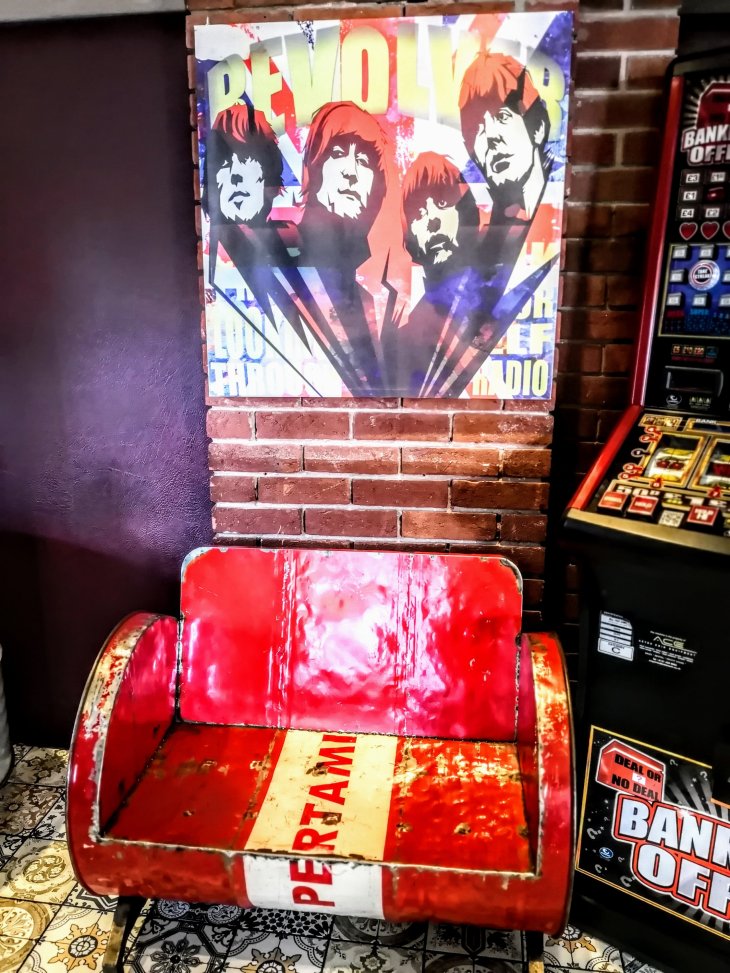 Just for our US of A readers today, a spurious Dylan/boxing/Worcestershire canal town mash-up. If Mr Zimmerman lived in Brum he’d no doubt enjoy pensioners days out to Stourport-on-Severn, which looks increasingly like Felixstowe without the sea (and depressed Ipswich Town fans).

A great place for wandering along the canal towpath contemplating how best to murder “Like A Rolling Stone” at Hyde Park in July.

The “Secret” OAP Coach Trip from Dudley always goes to Stourport; there’s a deal with the cafes apparently. Consequently at 11am on a sunny Friday the town is packed with gentlefolk wearing gold chains and insufficient covering. Very jolly.

Some are headed for the cheap shoe shops, other waiting for Froggies to open.

Loads of pubs in Stourport. 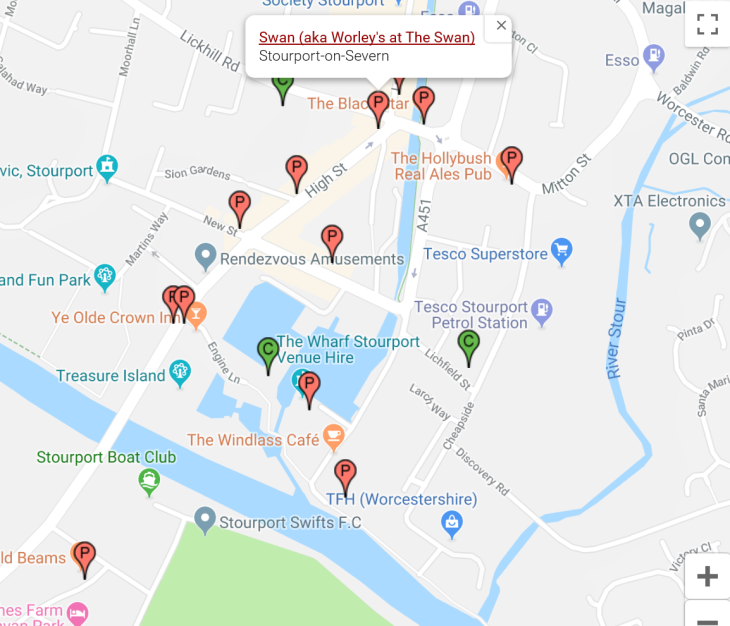 Beer is cheap too, and generally pretty good, especially at the Black Star by the canal.

Even £2.75 pints can’t get the lovely Holly Bush back in the Guide yet though.

Instead, our newbie is The Swan. Or Worley’s @ The Swan if you’re a pedant, which many of you are.

Now, here lies a tale. On my visit with Mrs RM a couple of years ago, she sniffed out a new gin bar, which is seemingly adjoined to the Swan.  If only I’d let her have that treble G & T I might well have made a pre-emptive tick of that trip.

The Swan is entered via a coffee shop called Mimi’s Bistro, where all residents under the age of 40 are legally required to congregate.

I sneaked into the pub. It was like entering a different dimension.

No-one is about, and I consider “Doing a Duncan” and serving myself, but I don’t know how to put a sparkler on.

Just as I was getting overexcited by the Old School beer line-up, the lady from the Bistro emerged, shopkeeper from Mr Ben like, saying “Sorry, sorry“.  Beer drinkers are second-class citizens to cake munchers, you know.

Yes, it’s a night-time music venue, beautifully and expensively decorated with old LPs and pages out of Melody Maker. You could be in 1975, except the soundtrack is pure 1968.

Matt would be interested in this place. For about ten minutes. I suspect the novelty wears off after a while, particularly in daylight.

All a bit pointless if the beer is rubbish, of course, but a £3 pint of Dizzy Blonde is cool and fruity and just about deserving a GBG place.

Anyway, come here for cocktails and gin, and see how many LPs you can name.

These five are easy. 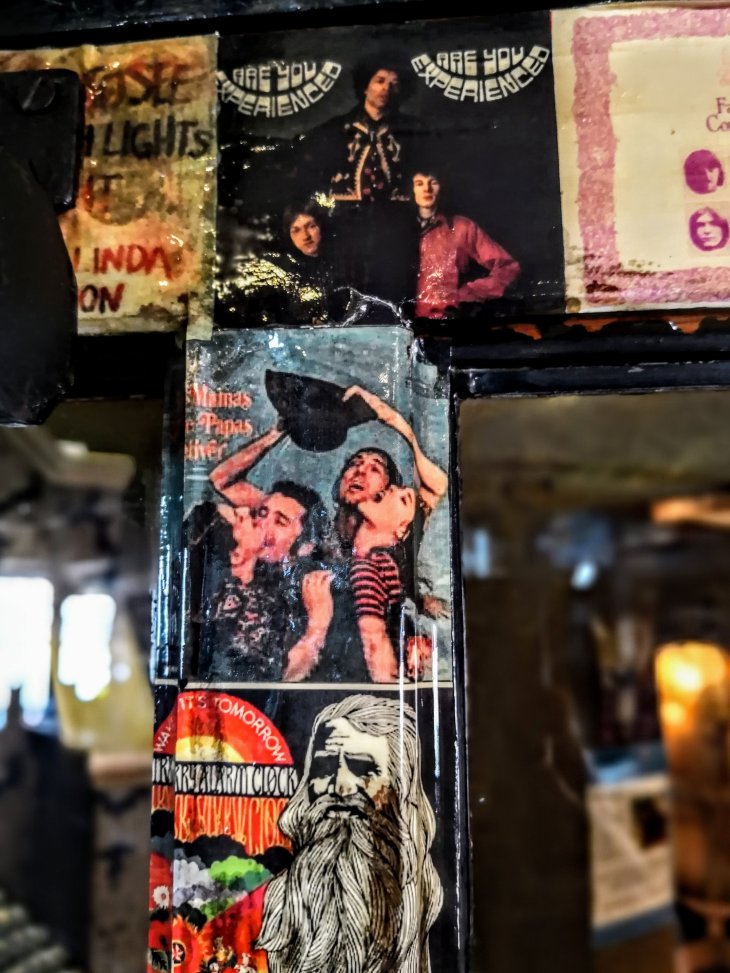 20 thoughts on “A HURRICANE THROUGH STOURPORT ?”