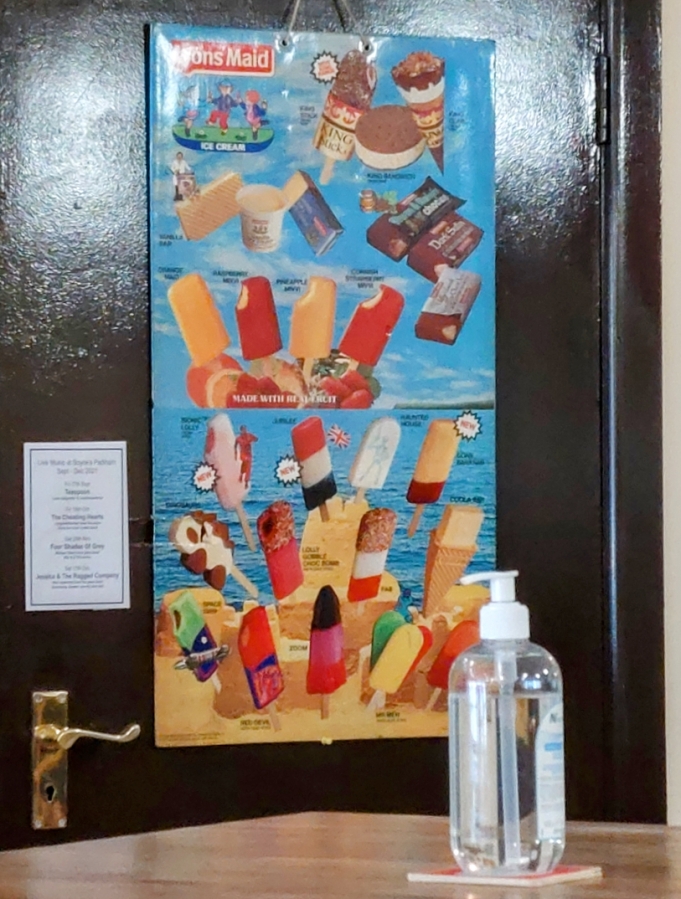 The day after City’s 2-0 destruction of Burnley I was back on the edge of Pendle with Mrs RM, collecting two irritatingly elusive ticks 427 feet apart in textile centre Padiham.

Rishi Sunak can’t tell Burnley and Bury apart (don’t lose sleep, they’re the same), but Rishi’s detractors on Twitter could never place Padiham (pop. 10,138) on the map, and to be fair I’ve only ever driven through on the way to greater riches in Clitheroe and Great Harwood, cooing over the cobbles and the corner buildings.

Mrs RM was hungry when we parked up, but I persuaded her that we should do the two ticks straight away, just in case they closed before they opened or were full or were hit by an asteroid, which tends to happen a lot in the latter stages of the GBG year.

Boyce’s Barrel is the sister/uncle of the Colne pub I enjoyed immensely in 2017, even if it didn’t quite lead to East Lancashire becoming the micro-land I thought it might.

Being first ones in means you get to admire the Bass mirrors,

but it also means I have to talk to Mrs RM, and vice versa.

While she attempts to straddle the high chair (video on the dark web), I get two halves using the usual tactic when faced with beers you’ve never heard of; “pick the strongest“.

Hey, is that a chopper down by the wall.

The pub itself was actually better than the beer (OK), with a cornucopia of middle-aged memories.

I liked it, but the seating didn’t agree with Mrs RM and I suspect the scatter cushions would be problematic to a few folk.

“I hope it gets busy soon” I said, as we left. Wouldn’t you know it, when we passed an hour later at 16:00 it was absolutely heaving.