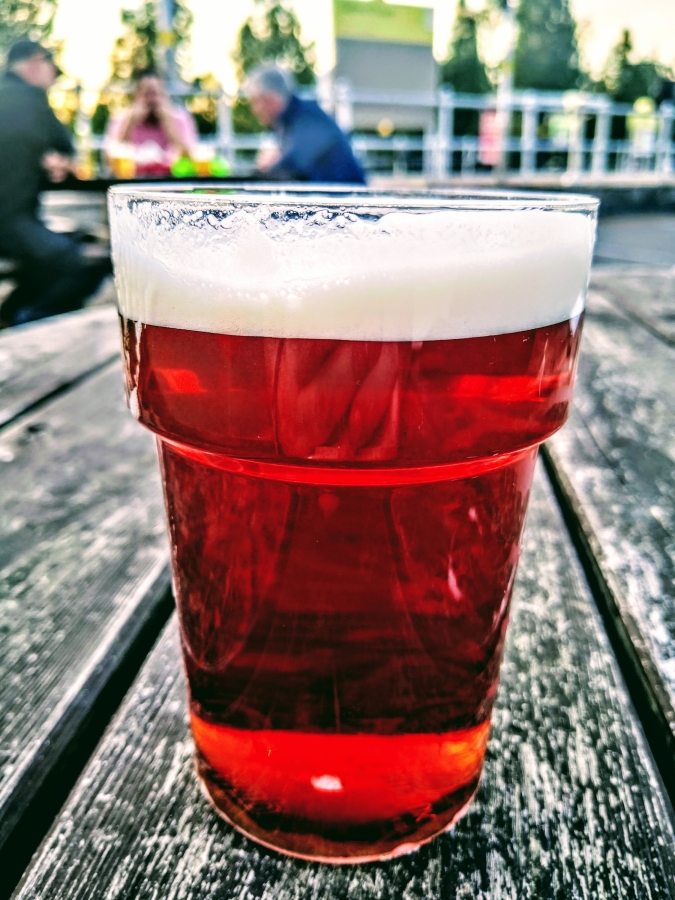 If ever there was A Year To Be Generous To Your Children (they pick your care home), then I guess 2020 is it.

Not that moving Matt and his flatmates’ stuff from Salford Quays to a giant metal box (not the Public Image Ltd. one) on Ashton Old Road in six goes was FUN.

Here’s Matt demonstrating the joys of Storage World, whose boxes go for £350k in Shoreditch.

The nearest pub to Storage World, one of a string of brewery bars, has very generous hours.

Their ultimate aim is to move into a house in Ancoats (near the mysterious but non-existent Ale House Pub on the map), gaining a view of the Etihad and losing the view to Old Trafford that blighted my £28 Ibis Budget room, literally next door to Matt.

£28 ! What bargains abound at the moment as Manchester wonders what to without football and fun. I could even have stayed in the Midland for £70 and enjoyed the Briton’s Protection.

But instead, I started Monday night at Craft Ale Emporium supreme, the Matchstick Man, a quick pint before heading in to Studentville.

For those of you who assume my views on post 4 July pubbing are coloured by being GBG-heavy, this was my 163rd pub visit since their return and only 61 have been in the Guide.

The Matchstick Man, filling up with drinkers in search of a cheap pint on the Quays,away from the plastic bars favoured by the BBC, will never grace the GBG.

I’d love to have brought you pictures of the 17th century interior, bench seating and antique condom machine, but my encounter with my second Hungry Horse in a week consisted of an on-line Track & Trace form at the door and an IPA in a plastic glass ordered via the Greene King App.

Oooh, suddenly I was being chased…

My pint arrived at the same time as “Sink that pint lad“, which isn’t something I can ever imagine saying to my own father.

Luckily, it wasn’t one of those silly full pints those CAMRAs fuss about, and it wasn’t much cop either. But it was only £3.20, and I’ve done it now.

Downed in 60 seconds like a pro, I somehow made the tram before the kidz.

For five points, guess our next pub.