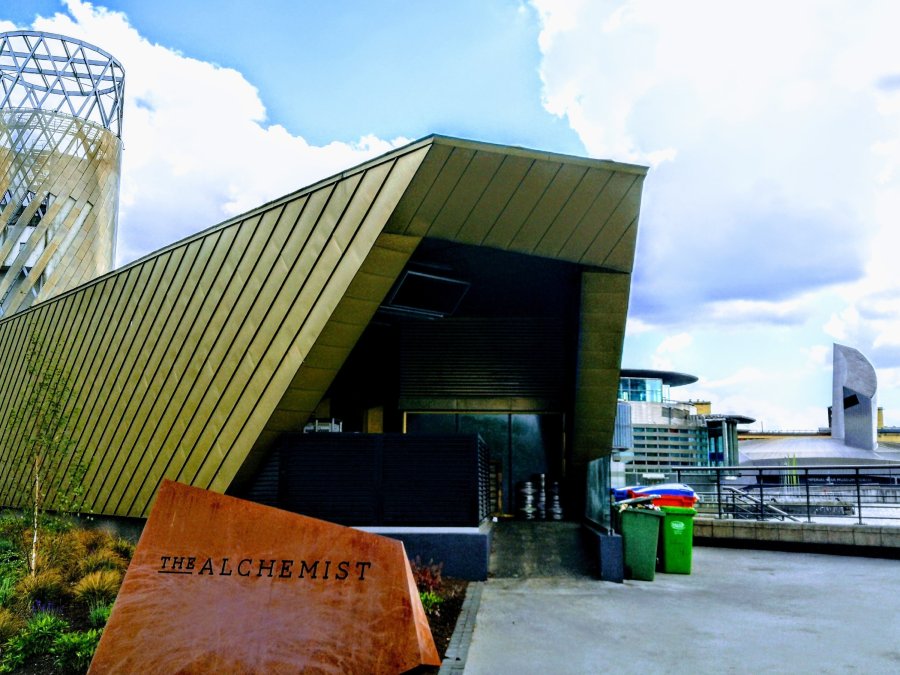 Less than a week after that lightning birthday mission to Salford to see Matt, we were back today, this time with Mrs RM in tow (not literally, that would slow us down).

Leaving the house bang on 12, stopping only for 2 packets of Doritos and some diesel in Birchencliffe, we still made Ordsall Park at 3.15, despite getting lost in the dead ends around the real Coronation Street (see my essential map).

I needed a walk, so I left Mrs RM to discuss matters of world importance while I went via the Dock Office into Weaste to take photos of breweries.

Hydes and Marble may make great beer but they don’t open on Sundays to sell it to thirsty (brave) tourists.

I may be the first person to be disappointed that I couldn’t get from Marble to the back of Weaste Cemetery (Quosh would have climbed the fence).

So I had to backtrack via Broadway to the bright lights of the Quays rather than pressing on to the industrial estate brewery tap delights of Seven Bro7hers and Pomona.

I’ll never complain about wandering round Media City and the Quays.

OK, I will complain.  No-one was selling beer, even in plastic pots in the Blue Peter garden.

And the Quays were full of affluent life, staring forlornly into MPW and Dockyard and pondering whether a 12 pack of San Miguel from Booths might be the best option.

I peered into the ITV building to get a photo of the Rovers Return for my mum. Even though she’s strictly Emmerdale, she’s easily impressed (Matt cut the hair of a Corrie actor before Lockdown, probably Bennie).

Salford Quays is a million miles from the “real” Rovers Return in the “real” Salford.

Quite a contrast with the Craftbrew opposite the Lowry.

My hour was up, but I popped along Trafford Wharf to see the exciting sounding Samuel Platt, only to find it demolished to make way for a metro stop on the new route to the shops.

Why do women ask questions they know the answer to ?

Matt’s flat looks out on to the Matchstick Man, no doubt being fitted with plastic visors and directional arrows as I write.  Bet you can’t wait for my review.

6 thoughts on “THE ROVERS RETURN”