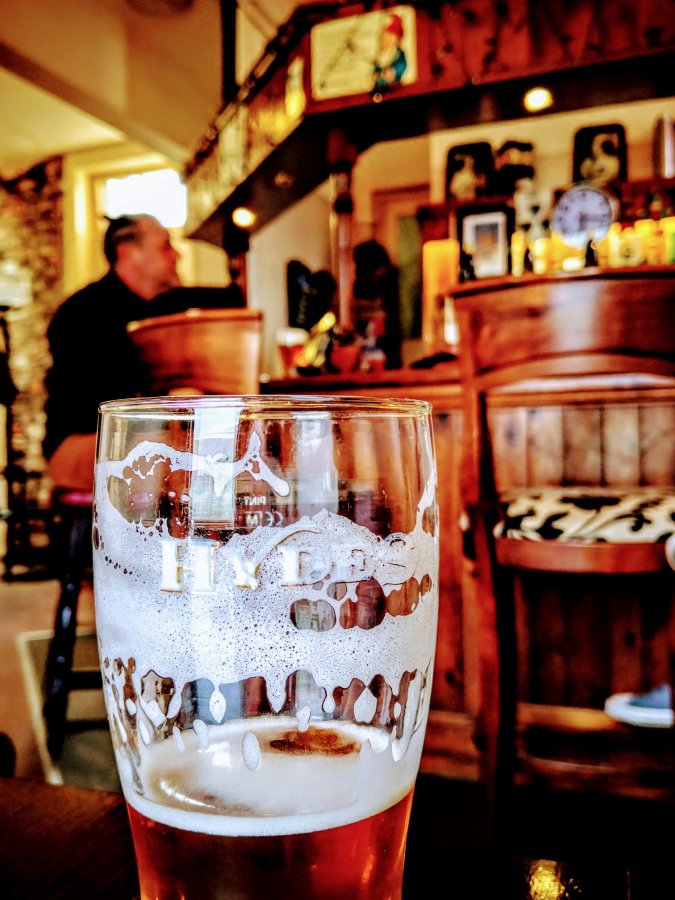 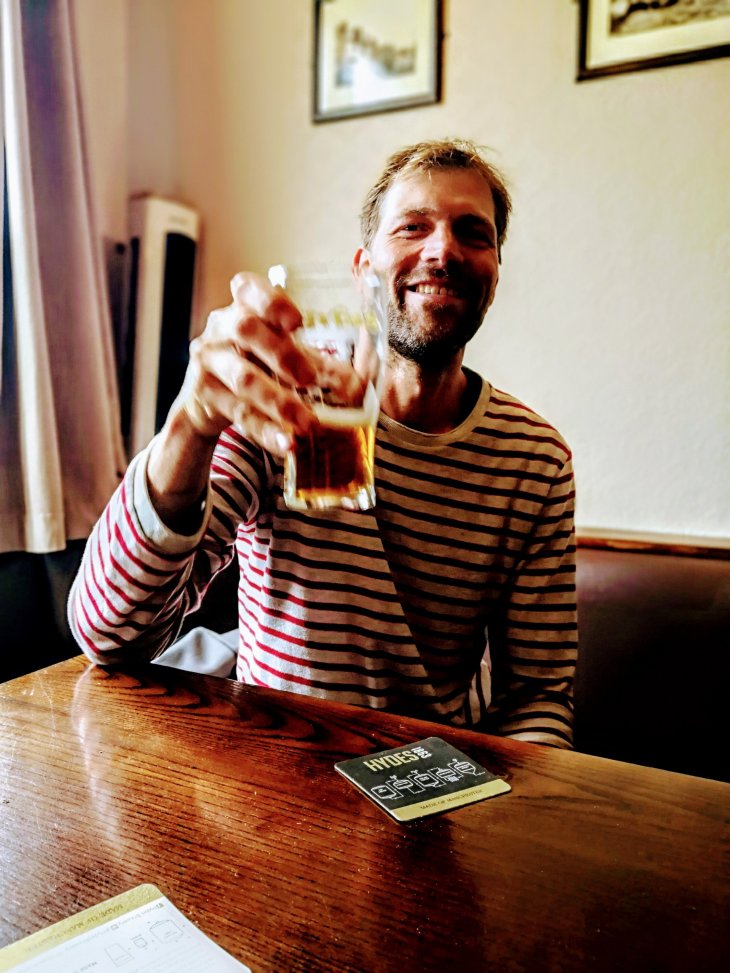 You left Mrs RM and I outside Mr Thomas’s Chop House, one of the few central Manchester pubs I’ve neglected to visit over 30 years of pubbing here.

And I still can’t tell you if the beer there is better than in Wales, as the luxurious interior was a sea of reserved tables. Another time.

Back at the Ibis, it suddenly came to me.

You’ve had the terrific murky keg Tap, how about a return to the Angler.

There are 3,789,522 different ways you can get to the Etihad from Piccadilly on matchday (source: Bobby Seagull) and 88 of them take you past the Jolly Angler, the great Hydes survivor.

I’d be lying if I said I pop in here before every game, engaging in anti-Liverpool bants with fellow City fans. Actually, I prefer the Piccadilly Tap.

But although it’s been outside the GBG for a bit, it’s still up there with the Circus and Grey Horse for a reliable dose of Manc pubiness.

Outside, the landlord and local were enjoying the rewards of the 2007 Act of Parliament, the fag in the cold, which gave me a second to appreciate the bar and a young chap sitting at the communal table. It’s always been communal on City match nights, anyway.

The cheery landlord acknowledged me, and then served the visitor, who’d been waiting for a minute or two for the recommended pint of Lowry.

In perfect English, our German guest discovered the Angler doesn’t take cards. I’d have bought him his pint, except a) That’s how the long con starts and b) He’d already nipped back to the station cashpoint, returning before I’d had two gulps of my Original.

My Original hardly touched the sides (NBSS 3), while Florian was clearly pleased with his Lowry. I never trust novelty beers myself.

He was on a 2 hour stopover on his way back home to Portugal where he works as a Psychologist, as you can probably tell from the photo.

Only half a dozen in the pub, but a great atmosphere created by a landlord maintaining conversations about the Spice Girls gig and Britain’s Got Talent.

Florian turned out to be a lovely, interesting man, who talked EU, psychology, Real Madrid and Augustiner for 20 minutes, during which I succumbed to a marvellous Lowry (NBSS 3.5+). No, it really was.

I had one burning question to ask Florian, who had felt an urgent need for a pint of English beer.

“The pubs over there (pointing a few streets north), they’re hipster bars. I wanted to visit a REAL pub”.

You picked a good ‘un, mate.

17 thoughts on ““A PROPER PUB, NOT A HIPSTER BAR”. FLORIAN THE PSYCHOLOGIST LOVES THE JOLLY ANGLER”