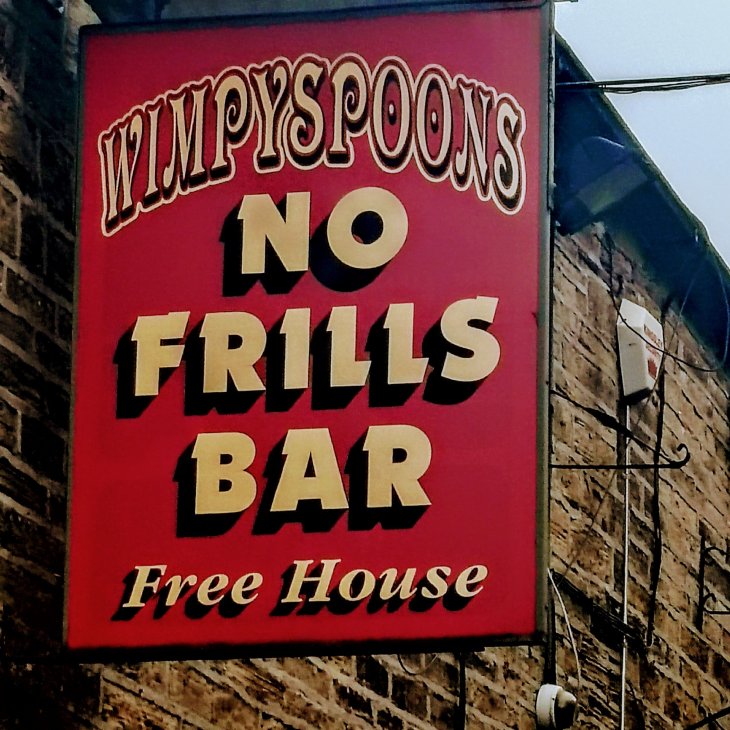 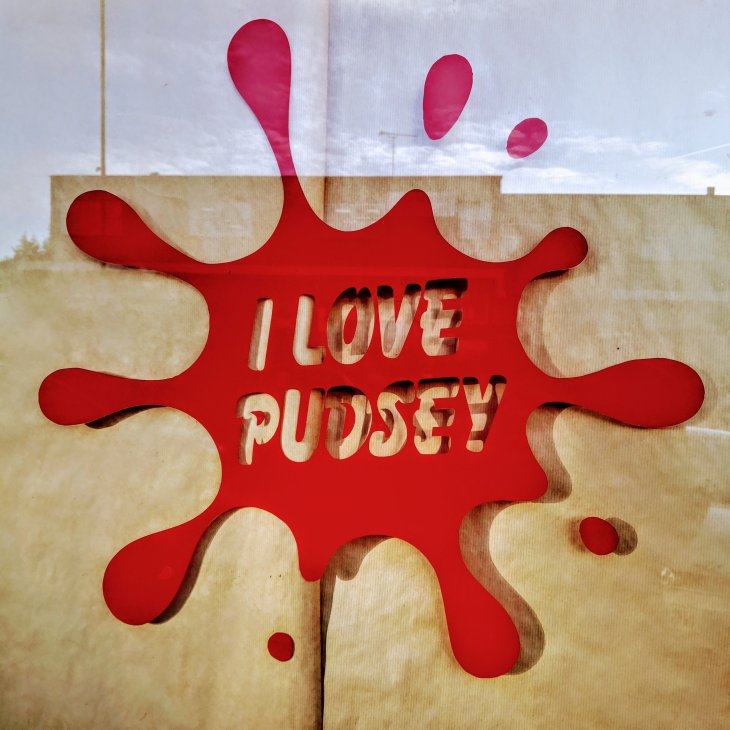 Well, I made two trips to Pudsey, capital of western Leeds, on successive days and one of those was just as Duncan’s Taxi so it’d be daft not to combine them.

Even Mark Crilley can’t be expected to read too many of my posts.

Most of Pudsey seems obsessed with getting out of Pudsey. You have to walk a mile into Farsley (not recommended) for New Pudsey station, there’s a space age bus station to encourage you to visit the honeypots of Wortley and Troydale,

and you have the delights of Spain on your doorstep for less than the price of a round in Mikkeller.

Just as Charlene sang in 1982, I’ve been to paradise, but I’ve never been to the real Pudsey. Well, apart from the venerable Fleece, which is really Fartown, and a half hour walk from the station to boot.

The town centre struggles to convince me that Pudsey is larger than Newmarket, but I’ll take Tetley and pasties over Greene King and sausages.

It’s all a bit too busy and traffic scarred to be as attractive as Morley or Elland, but on a clear day the stonework shines.

The GBG newbie, a first for decades, stares across the road at a Spoons that has yet to grace the Guide.

I loved the Manor, an eclectic but winning combination between blokes boozer and classy sports bar with all the best bits of micropub thrown in.

As BRAPA found, really great music here from The Four Seasons, Max Raptor and The Slackers (?).

The adverts in the Gents reveal the main occupation in town is Lara Croft.

And the Guvnor, stood outside, said “Thanks pal” as I left. That’s increasing rare.

A day later I was back with the other guvnor, and left Duncan to his own tick while I downed two flat whites and a basket of chicken bites over the road.

Duncan downed an unimpressive half here, before eyeing up the Wimpyspoons No Frills Bar presumably evading Tim Martin’s lawyers and the attention of WhatPub down an interesting cobbled alley.

I only had eyes for the mysterious “Chicken Shop”. 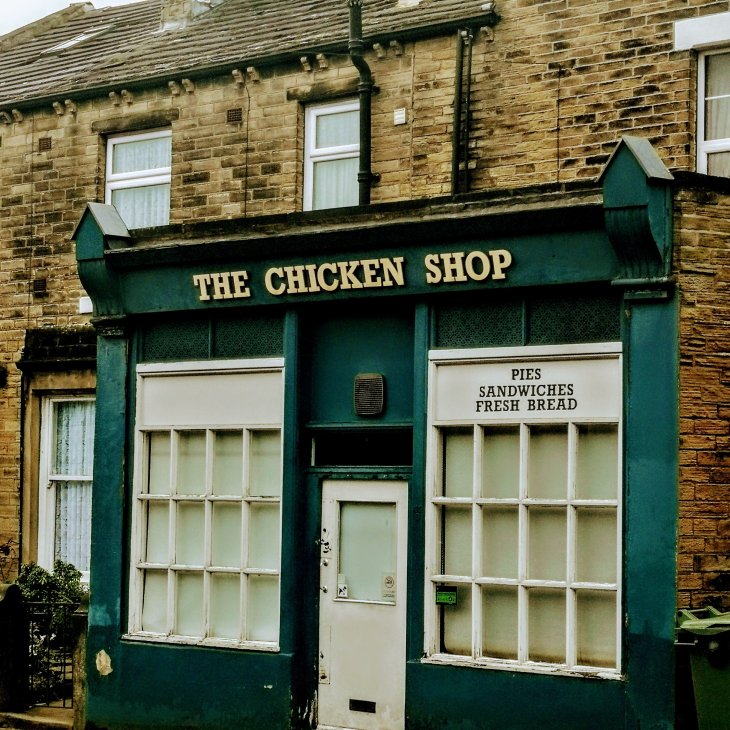