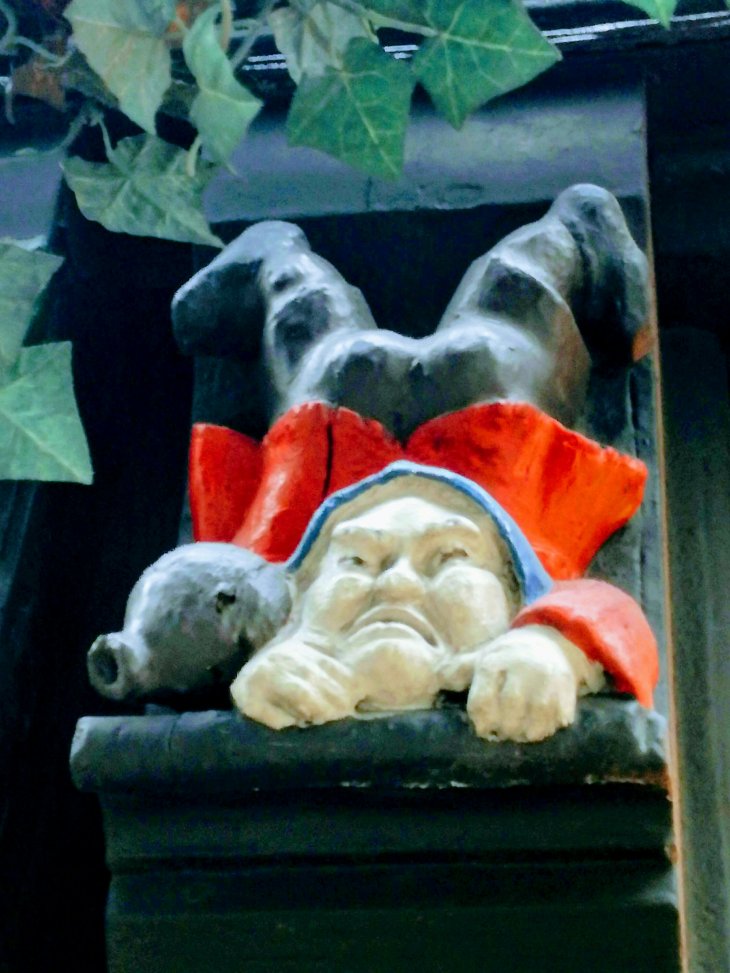 A reminder of our itinerary for conquering the historic pubs of central Manchester.

There’d already been a swap between the LT and the H&H. Somehow, Joan, Dave, Luke and I never made it to the Lower Turk for the trad bitters. 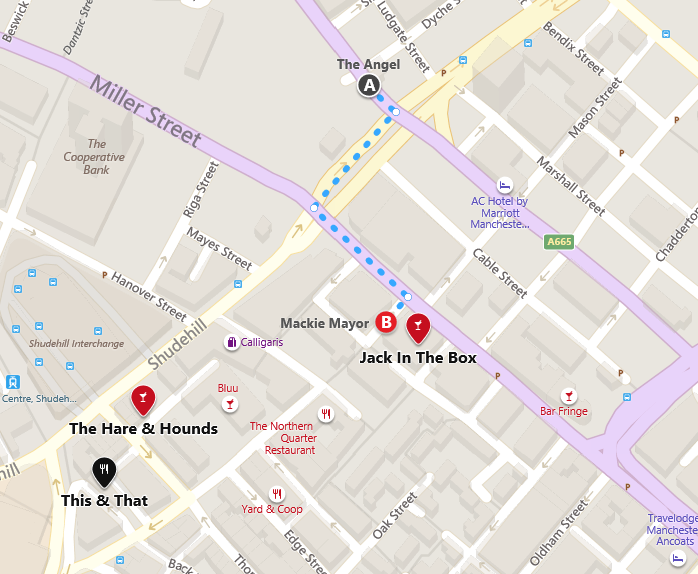 Instead, we made a slight detour so Dave could see the joys of Swan Street.  It’s a good job Mr Coldwell is in Malta at the moment.

After three pints, you do tend to have your head swayed by “Shiny, shiny” things like Mackie Mayor, even though you know no good can come of it.

“Just like America !” said Dave.  Not necessarily as a compliment.

I love Mackie Mayor, just as I love This & That and the Holt pubs across the Irwell. You need to dip into all that Manchester has to offer on your trip, so well done to Joan and Dave for being so game.

At the Jack In The Box, I just asked for “one of each” from the four taps on the right. In 2019, that’s how PubMen will choose beer.

I got something Helles-ish and keggy, Joan came up Trumps with the grapefruit murk.

Then Luke, surprisingly brave for a Sowerby Bridger, went for the Xmas Chaos.

All seats taken, so there was keg, murk, sharing of halves AND vertical drinking.

But the beer was tasty.  And entertaining.  Dave probably took notes.

We tried to keep up with the Trad Group ahead at the H&H.  But by now I was wandering. It’s good to wander. I might even have suggested we pop in here.

Instead, Dave pushed on towards the Café Beermoth, pausing only on the way through Arndale to admire the Shakespeare and snap some shots for use as future Twitter avatars.

Anyone ever been in the Shakespeare ?