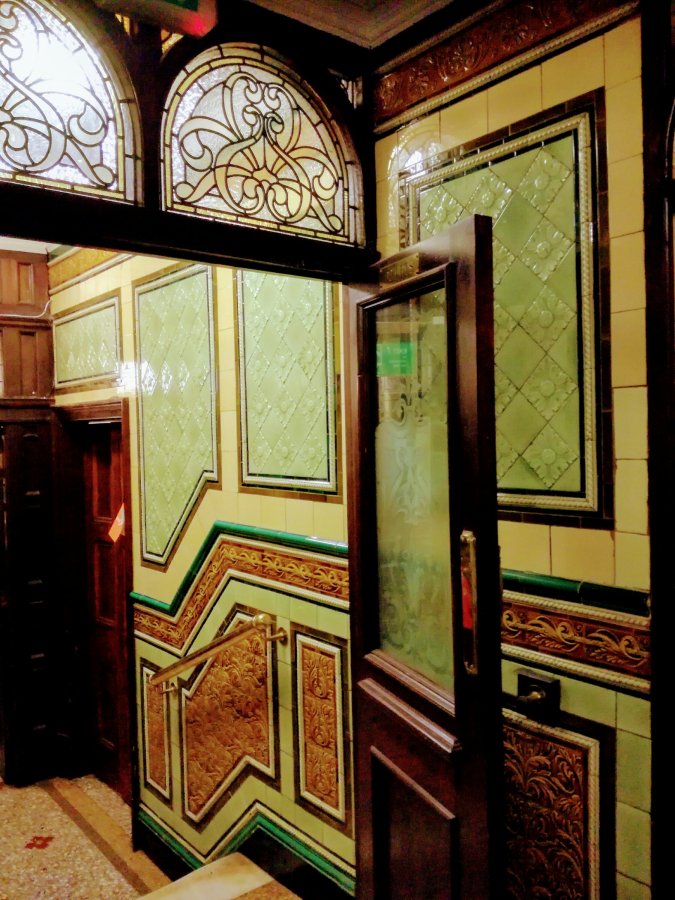 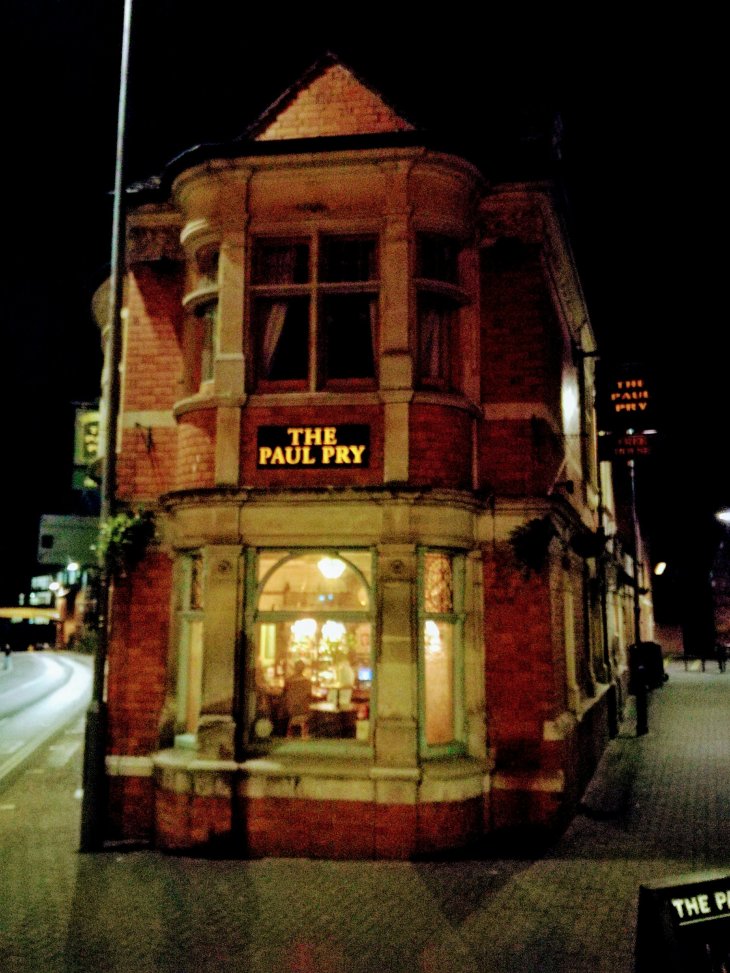 About time to bring the Worcester Wobble to an end, or it’ll take longer than the radio serialisation of “Tale of Two Cities” on LBC.

We’d missed the “official” pint in the Paul Pry, but despite the call of the curry I felt we should visit Worcester’s most famous open/shut pub.

I’ve had the picture below as my screensaver for a while, without knowing what it was.  Telling Worcester pubs apart is an artform.

That Hobsons on election day in 2015, with sun streaming through large windows, stuck in the mind. And clearly the bench seating and simply furnished rooms are pub heaven.

It closed a year later (not my fault) before reopening again last year.  And straight into the Beer Guide.  Hoorah !

What a magnificent entrance to a pub.

The tiling is so good you could be in Bewdley (or central Manchester).

At the bar we saw three beers we’d never heard of, and a man (the Landlord) perched on one of the bar stools proceeded to give us an enthusiastic run-through of the beers.

It was genuine and we were impressed, picking the Salopian and the house beer.

There were two youngish couples in, so we sat in the middle to increase the average age by 27.

A simple modern pub menu (flatbreads), fresh flowers, music from 1986 (Cameo) and Snowy the Tin Tin dog (no idea) give you a clue about the feel.

So it pains me to say this but, despite those lacings, the beer was dull. Well, the house beer was (NBSS 2).  Charles got little further with his half of Salopian than what you see below, and you know how good Salopian is.

Cheryl, the clever half of Coldwell Craft Capers had recommended the keg Arbor, and that was cool and lovely. #CaskIsDead-6.8%.  Not that I saw much of any beer pulled.

I was happy to just leave my pint half-drunk, but Charles was keen to let the pub know the beer was “tepid”.  Very politely.

In case you think it’s just me, read Mudgie’s report from lunchtime (here).  Citra’s report is slightly more generous and, frankly, has better photos than I managed.

We chose our curry house by the usual measure of looking through the window to see which one had most customers in.

Well cooked pappadoms, onion bhajias and Dhansak for less than a tenner at Delhi Spice.  Dick and Dave can add it to their list.  Tellingly, the best banter of the day came here;

“Why would she have a cannibal in the house ?”

In the morning we woke, cleared away the Brew Dog cans littering the apartment, and left the key in the little holder outside.

Our attempt to climb the Cathedral tower to walk off the curry ended at the barrier (micro pub opening hours), but Worcester looked imperious in the morning sunshine.

And that was it.  Great city, good company, decent pubs, inconsistent beer. 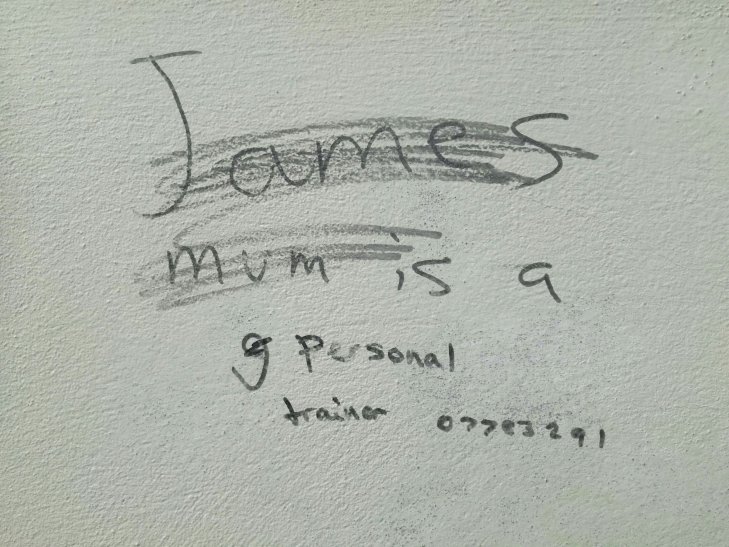