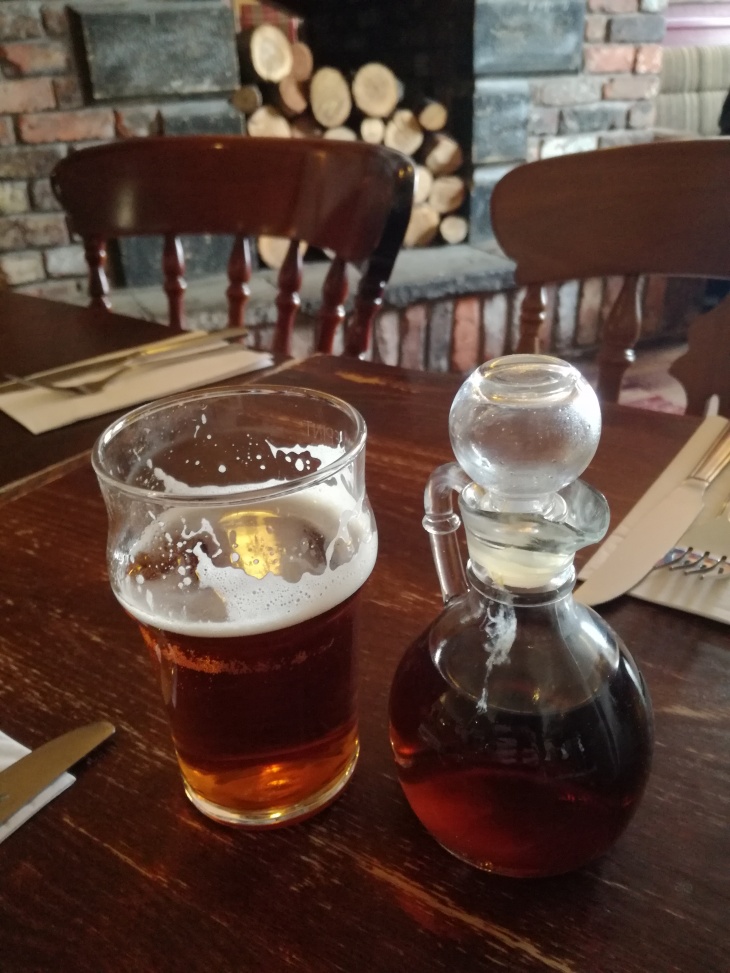 I could just leave it there, really, couldn’t I ?

There’s a suspicion that all you need to get in the Beer Guide in Scotland is put real ale on. Certainly if I look at my beer scores over the years, there’s a fair number of “X” s against pubs for low beer quality. On the other hand, I seem to come across “3 tick pubs” (nectar) regularly in Scotland.  It seems the pubs that do serve cask make a real go of it.

And there’s no reason why a Brewer’s Fayre shouldn’t be in the Guide.  There’s been a good Hungry Horse (Nelson) and plenty of Chef & Brewers in the GBG over the years.

Frankly, beer quality in the Brewer’s Fayre in Barnsley and Table Table in Newark last year was better than in a fair few free houses with too many hand pumps.

Anyway, this is Glenrothes with Thornton station.  With the emphasis on Thornton.   This was the end of the line, but I was the only person to get off.

Google Maps says it’s a 31 minute walk to the Bank Head Brewer’s Fayre, and I only shaved 6 minutes off that.

Thornton itself is a proper village, judging by the big red “T” on the pub (closed, so no Tennents review) and the now inevitable Jehovah’s Witnesses opposite Toby’s chippy.  JH are an oddly comforting sight in a strange town.

I suspect I’m the only visitor this year so it was nice to get a big greeting as I entered town via James Watt Avenue, presumably a site for a Brew Dog Tap shortly.

That glockenspiel is one of a number of pieces of public art that raise Glenrothes well above the level of Newton Aycliffe and Redditch in the New Towns league table.

A scramble across the grass to the Bankhead.

You know what a Brewer’s Fayre looks like, even if you last went in one for an office birthday meal in 2004.  Entirely OAPs and toddlers with those huge laminated menus.

As in (appropriately) Milton Keynes last year, the handpumps were hidden round the corner where they couldn’t scare young children.

I say hand pumps, but you’ll have guessed it was just this one. One is more than enough.

Five points for guessing the one that was off, presumably only put on during busy period, but you’ll be “cocker hoop” when you get it. The barmaid still turned the pump clip round to make sure it was the correct one.  I was right to worry.

To be fair, the tables away from the “Kiddies ball pool” aren’t bad, ignoring the lack of beer mats and the fakeness of the fire.

I was also strategically placed to see folk approach the sweets cabinet and go through internal torment as they weighed up the instant gratification v Public Health England disapproval equation.

My Doom Bar wasn’t actually vinegar, but it made a nice photo (top).  It was just warm, and sweet and hence undrinkable (NBSS 1.5). And I do drink the Doom.

And no, I couldn’t take my half back.  What would I have asked for ?  Tennent’s ?

I couldn’t even have had an Orange Tango. 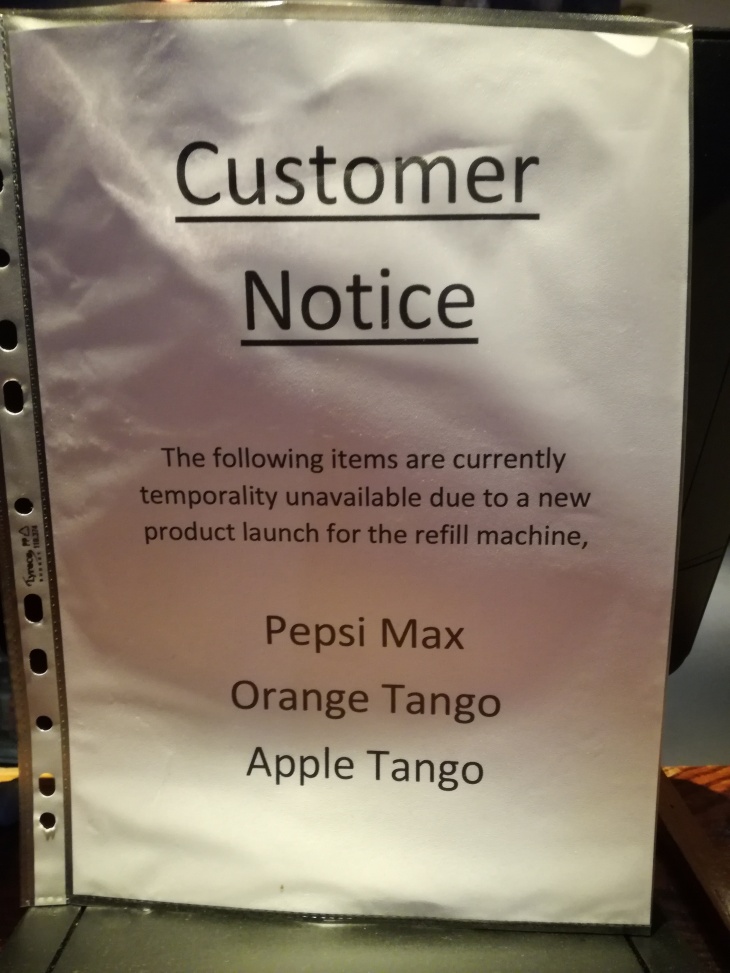