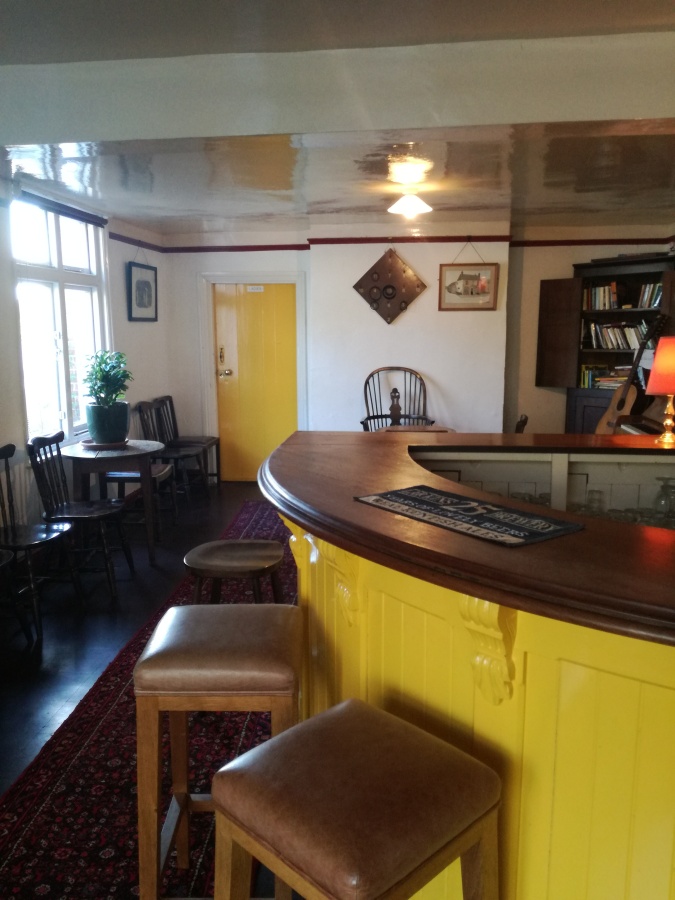 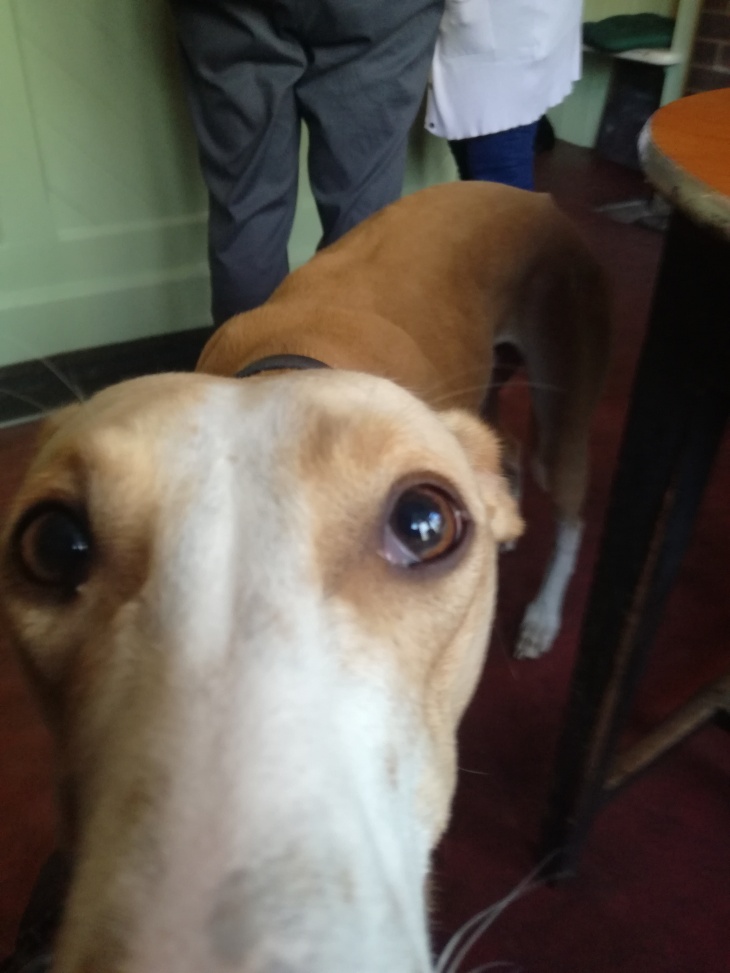 Travelling round the country* I’m always struck by how little I actually know about our great land.  I’m also amazed by how many wonderful pubs, like Stockton Heath’s Red Lion and Fleetwood’s Royal Oak, I’d never heard of before their inclusion in the new GBG prompted a visit.

But the Queen’s Arms in Cowden Pound had been on my hit list for 20 years, a series of unfortunate events contriving against a visit. 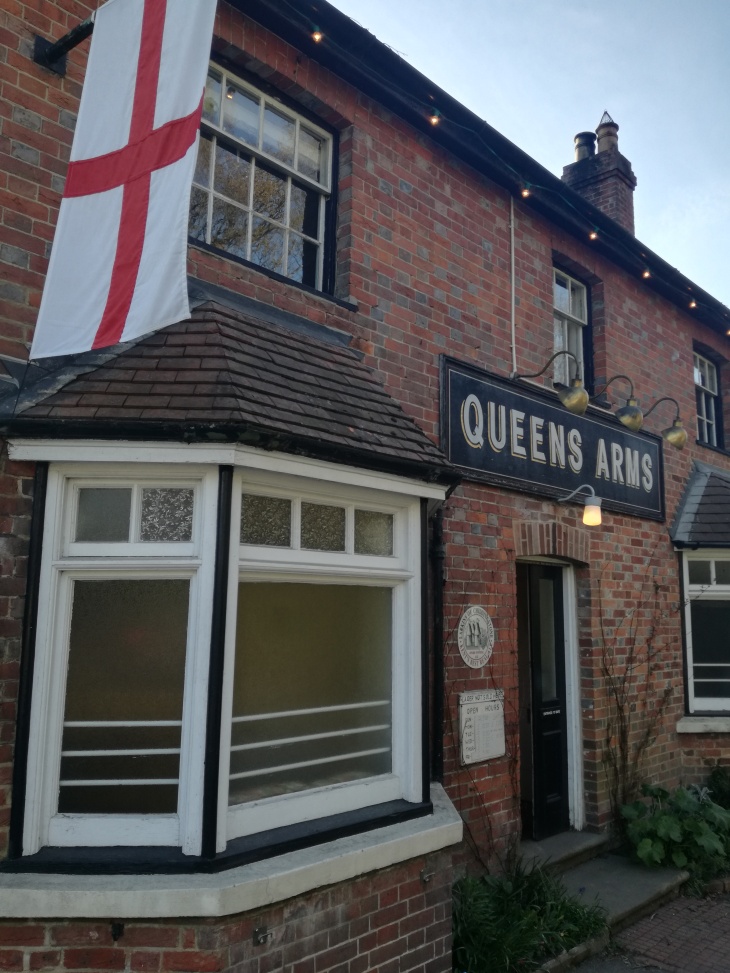 The primary unfortunate event is the proximity of my in-laws.

It’s in the middle of nowhere, but only 22 minutes from Southborough (the rough bit of Tunbridge Wells), or 19 if Mrs RM is driving.  But the Queen’s Head never seemed like a pub you’d take my in-laws, who regard the local Spoons as a bit challenging.

It’s not that they don’t enjoy the odd half of Harveys, and I got them famously sozzled in the Craft Central that is Fuggles last year.  But, like most Kent gentlefolk, they expect 21st century comfort, such as a uniformed young man asking “Will you be dining with us today Madam ?”.

You wouldn’t have got that in the Queen’s Arms, whose niche food offer is captured here beautifully by Paul Bailey.

The legendary Mr RW Coe rated it second only to the Sun on his list of Classic, Basic and Unspoilt Pubs, which should have been good enough to force a visit out of me, in-laws or not.

But, despite ticking pubs in Markbeech and Cowden over the years, I failed to visit.  Largely, I guess, due to the constrained opening hours you only saw in rural parlour pubs run by octogenarian ladies (until micros outdid them).  Following the retirement of Elsie the pub has started opening weekdays, albeit from a civilised start time of 5pm.  One of the easier ticks this year, in fact.

The third reason for neglecting it is the perverse one; it rarely, if ever, made the Beer Guide.  I now that this was at the request of the landlady herself.

Anyway, it’s firmly in the Guide now, and is an absolute classic. The 25 minute walk from Cowden station seems scant effort for the beauty of the interior. 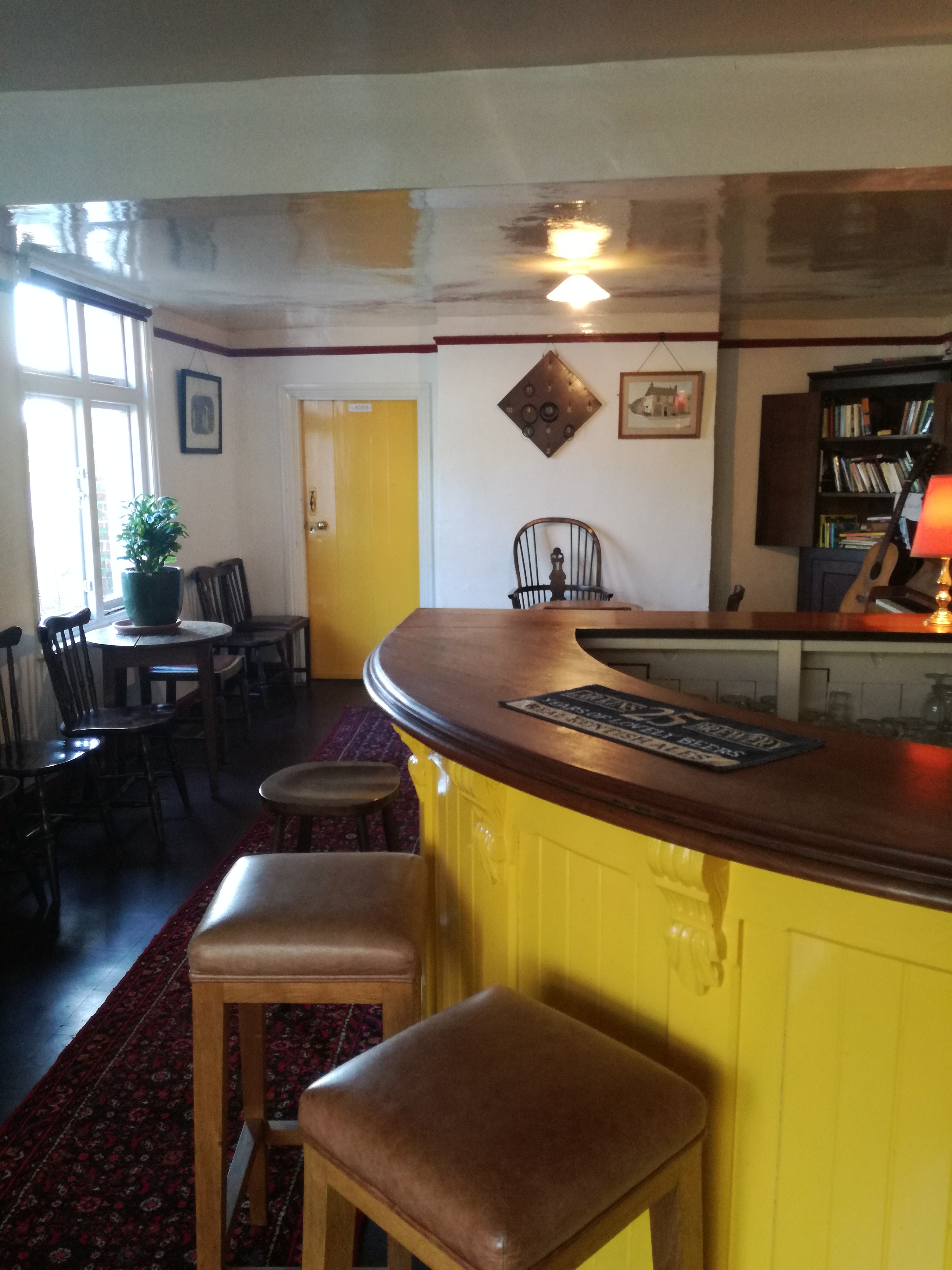 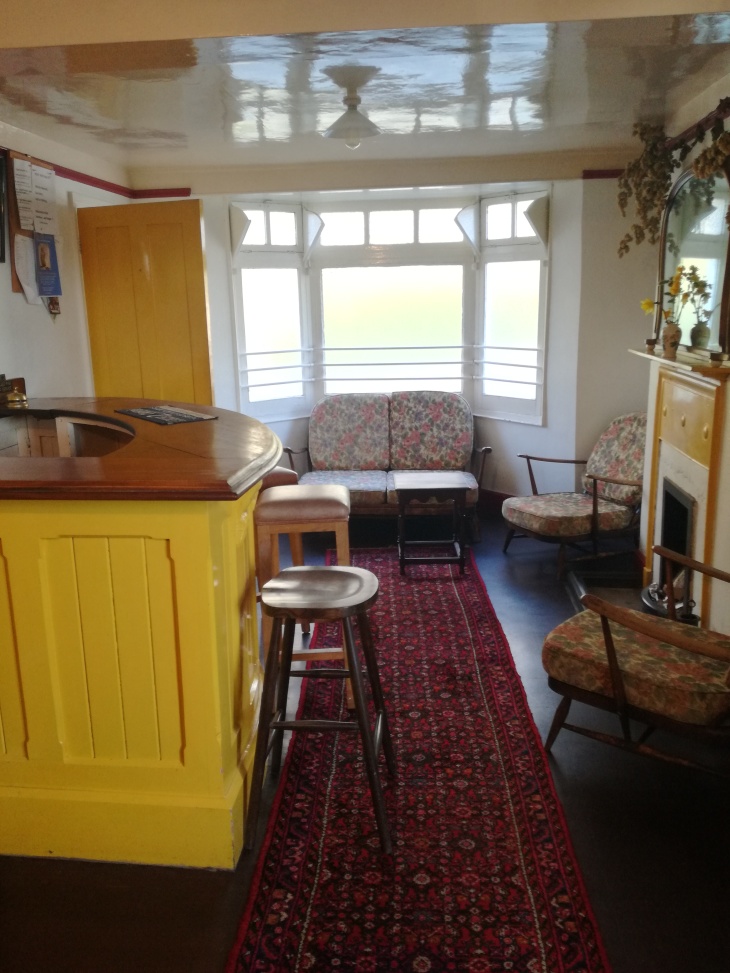 I’m not much fussed about authenticity; this room to the left is just a beautiful pub room to match Leintwardine’s Sun.

Of course, everyone was tucked in the unchanged bar to the right. You come here to chat, not to stare. And to drink, of course. 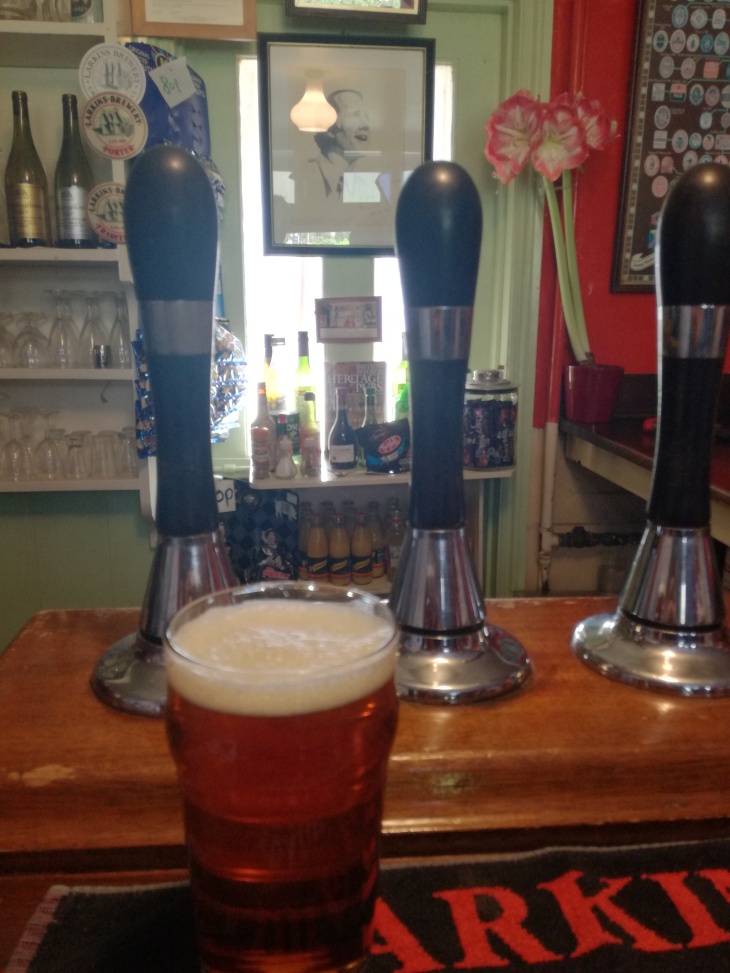 I do like unmarked handpumps, but it’s a good job I know this is a Larkins stronghold. The other dozen or so villagers seemed to be drinking it, anyway.  That may explain why it was such a superb, scarily easy-drinking low-strength beer (3.4%, NBSS 4).  One gent seemed to be using it to cut the strength of his Gold Label, perhaps a first in the history of mixology.

It was entirely unpretentious, reminding me a bit of this bustling pub in rural Hertfordshire, rather than being preserved in aspic.

A local signalled me to sit on his table, so I joined in the chat rather than take photos (canine friend apart).  I asked him who owned the pub now.

Good job I’d been so gushing about the beer and the pub, then.

There was a joke about unusual Vietnamese dining habits that I’ll spare my sensitive animal loving readers.  It may be repeated when Simon visits, though. Quite what they’ll make of Simon, I shudder to think. 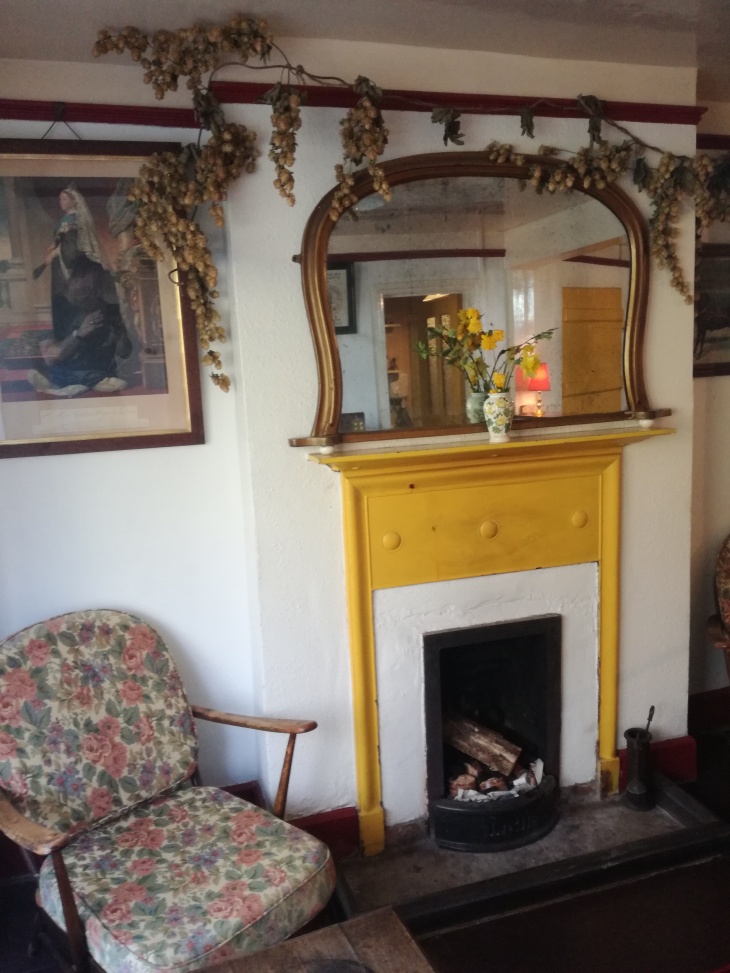 17 thoughts on “THE QUEEN’S ARMS, COWDEN POUND – AN UNSPOILT CLASSIC”