Good grief, a (very) good Thwaites pub. I quite like the idea of Thwaites, but the execution of their beers often seems a little underwhelming.  A bit like Everards.

It may turn out to have been a bit over-generous to give the Red Lion in Stockton Heath a coveted Top 100 place, but I’d certainly recommend this to our US guests if they make it north again. Just as long as I leave a place for the Lower Angel as well.

And Simon liked it as well. 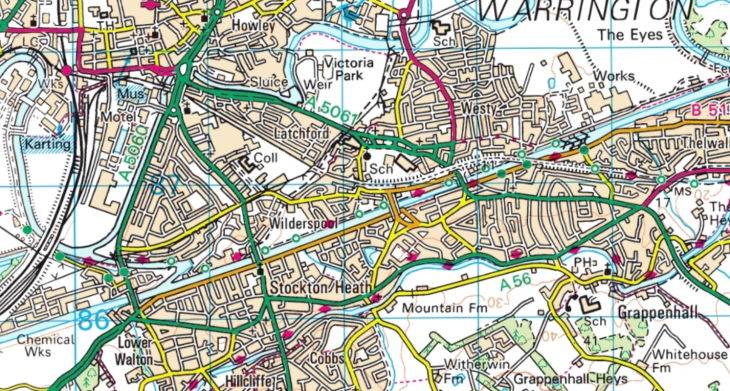 You’ll be glad you walked there from Warrington Bank Quay station, the traffic is horrendous and on a walk you get exciting views of the Manchester Ship Canal, which is presumably where I dropped any notes I took from this trip.

and a close-up of the parish church, host to a wedding of tattoo enthusiasts (that doesn’t really narrow it down in Warrington, to be fair). 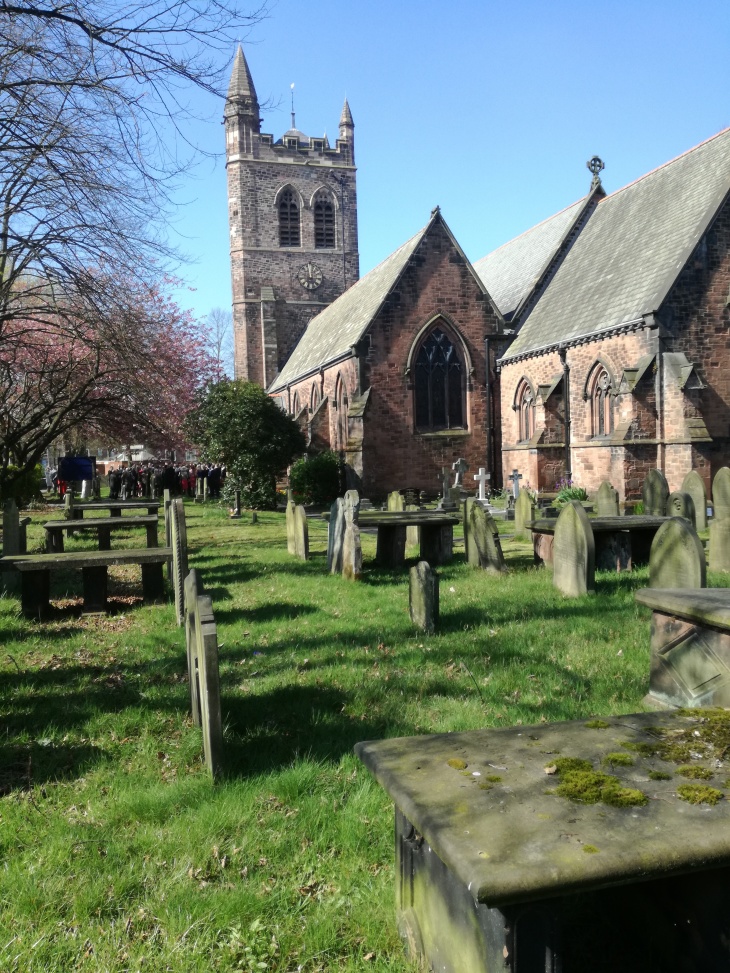 The central bit of “the village” (it isn’t) would look pleasant without the A56 and A49 rushing through it, and on Saturday it looked as smart as anywhere I’ve been in Cheshire. Except Lymm.

I really should have popped in the Red Lion last August, when it looked attractive and homely and I had to tick Costellos, but I didn’t and I can’t travel back in time to fix that. 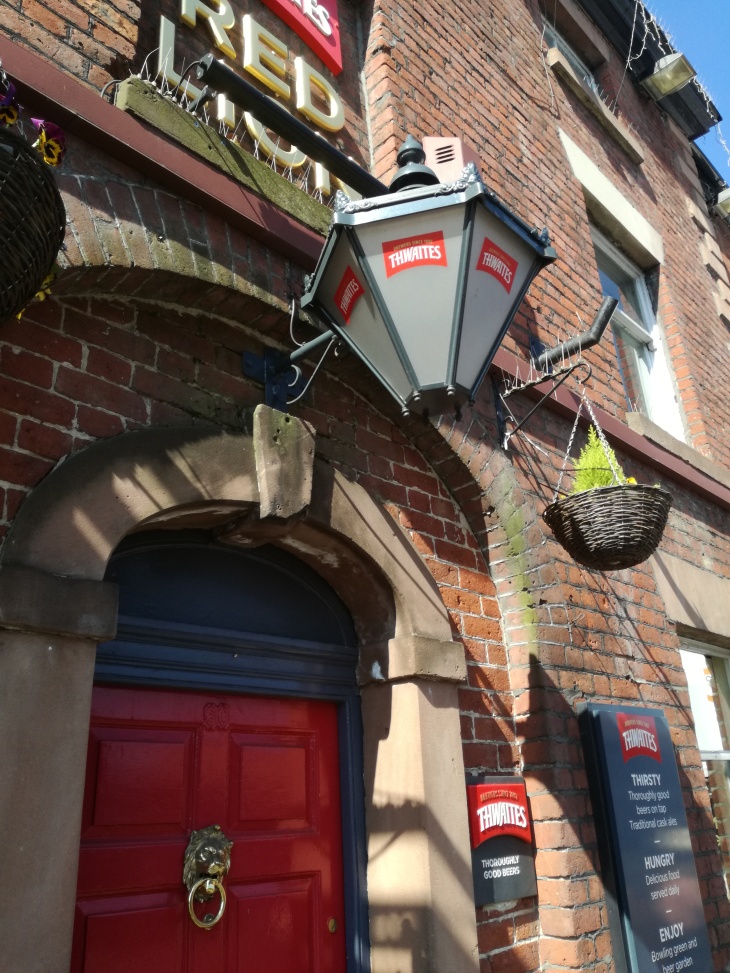 And this time I could enjoy a leisurely pint in a pub full of pensioners talking guff (English meaning).  What better way is there to pass a half hour ?

Just like a good Sam Smiths or Batham house, the rooms are gorgeous, and designed for seated drinking.  In light of the comments about noseying round attractive pubs, I should say no-one was in the least surprised when I did that here. I sense a recent refurbishment the locals are rightly proud of.

The photos can speak for themselves; 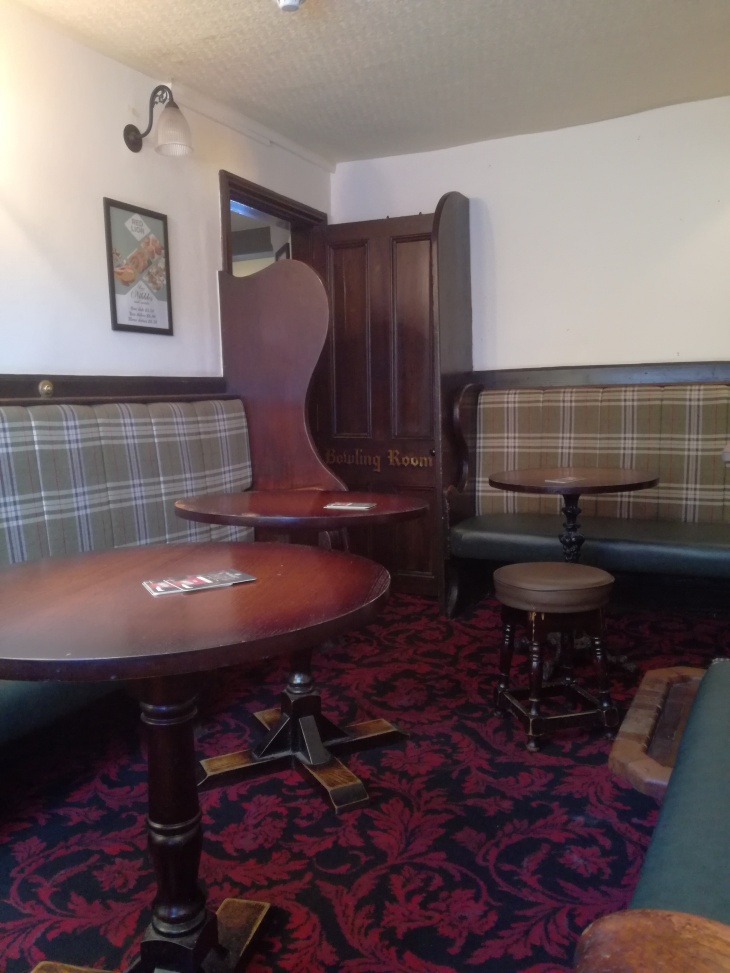 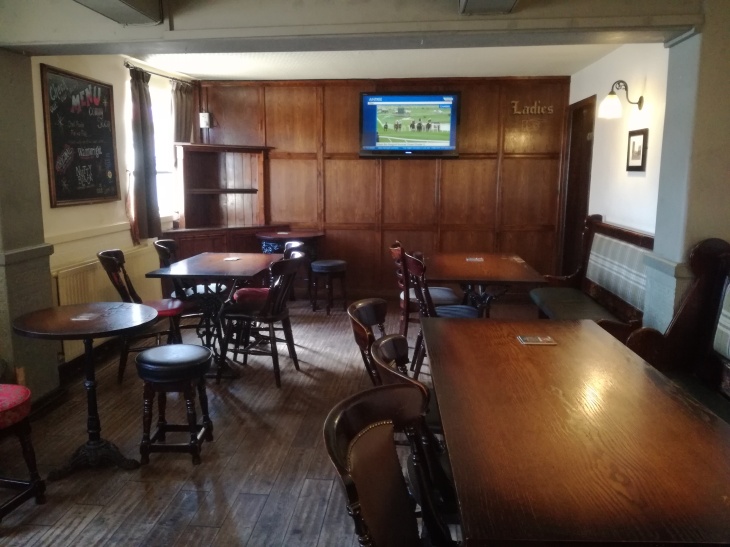 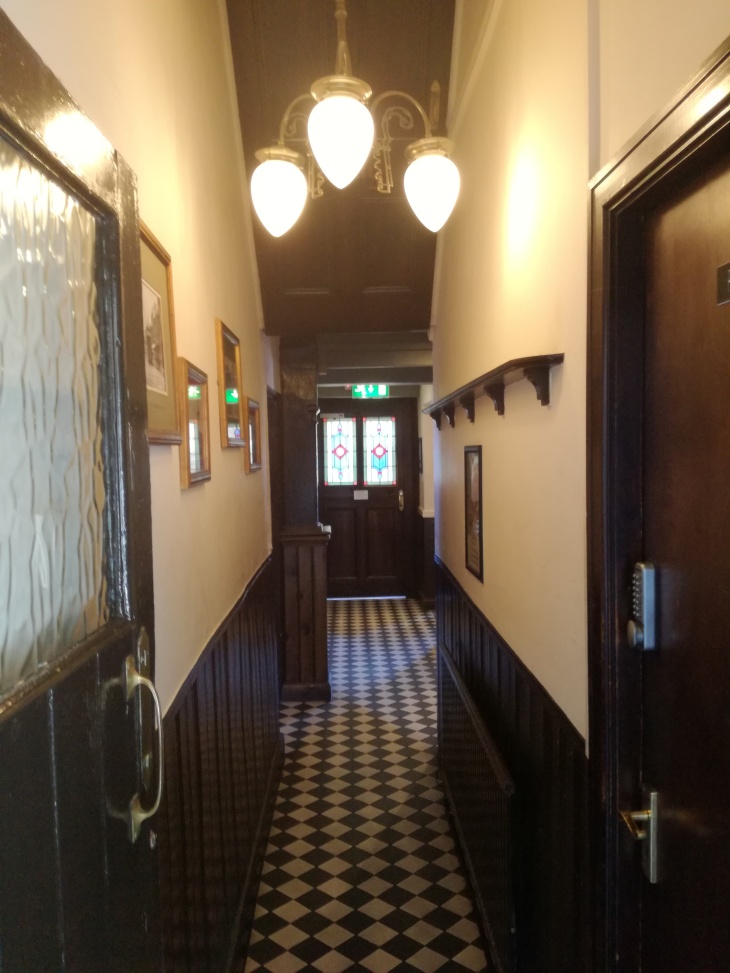 All the action was at the bar though, where a surprisingly mixed crowd were arriving to settle in for the Grand National in four hours time. Some were pacing themselves, most weren’t.

Open all hours, this is very much the drinkers pubs in an area full of gastro pretension.

I don’t know why the Red Lion has only just made the Beer Guide, but the Original was the best Thwaites I’ve had in many years (NBSS 4), cool and full-flavoured, and may have been even better by 4pm.

Yet more proof that it’s the pub, much more than the brewer, that makes or breaks the quality of the beer.