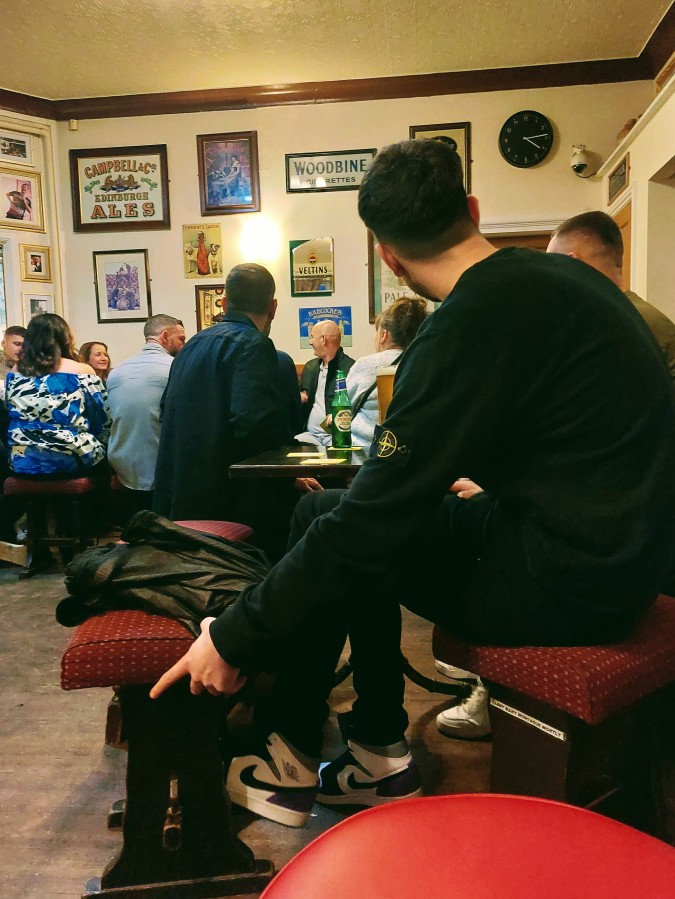 Last December was a terrible month for everyone except the citizens of Tier 1 Cornwall and the Isle of Wight who received hordes of visiting GBG tickers with open arms.

And after moving north I found myself without the joy (and blog potential) of Black Eye Friday for the first time in years.

But 17 December saw the key date for chaotic behaviour coincide with Mrs RM’s birthday, and despite my reservations about pubs she practically dragged me out of the house to the New Barrack Tavern.

The Barracks, a GBG regular I’d neglected to revisit thus far, didn’t open till 4, but there was a queue halfway back to B & Q as we walked down the A61.

Loads of industry round here, and several works groups obviously breaking up till the New Year. Hardly chaotic scenes, except when the Carling ran out after about 10 minutes and they had to have Pravha or whatever it is now.

It’s a gorgeous pub, as you saw in my “Through the keyhole” special during lockdown. Busy but not fussy, boozy but not beery.

Weird seeing people in it. Mrs RM found the quiet table in the corner and awaited her pint and Pipers.

Castle Rock beers in the main, and the Preservation and Screech Owl were probably a 3 and a 3.5, food quality beers in a bustling, joyous pub.

Look at those lacings;

I’d like to have stayed for more and waited to see if anyone turned up dressed as an elf or something, but Mrs RM had to buy some glue from B & Q. We live on the edge, we really do.

6 thoughts on “BLACK EYE FRIDAY IS BACK !”