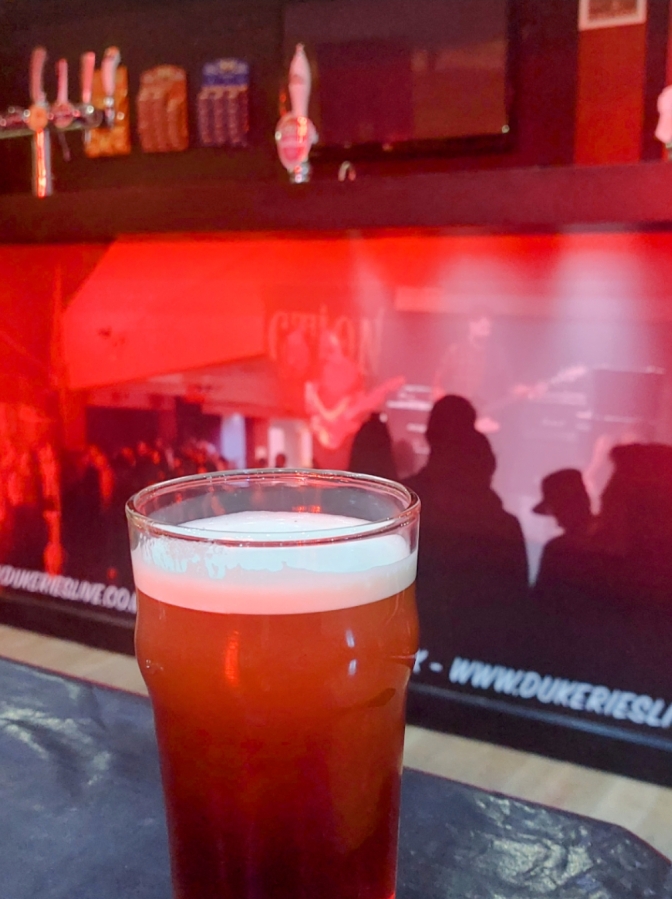 FINALLY. Finally, I finished Nottinghamshire the other Saturday.

Where better than in Worksop ?

Well, I guess it would be nice to do a few more trips to the North West of Notts. Does Bawtry even exist ?

Still, an hour before the Dukeries Tap opened gave me chance to tour the rarely seen ecclesiastical highlights, like this marvellous Sally Army corps.

And walk along the canal, past the cricket, into town.

I reckon the Spoons is one of the UK’s best. Clean, cheery, cask focused. So I had 3 flat whites.

My Guide pub only opens from 6 ish on Fridays and Saturdays in what it calls #OperationThwartTheTicker.

And this Friday they’d closed for a private function, so it was Saturday or bust.

“Can you squeeze me in at 6, before the live music. Just one. I’ll be quick”.

The lady in charge remembered me from that Facebook exchange, but comically one of her team turned away another lone bloke in for a beer despite being promised one. I hoped it was Simon.

The most fluorescent pub of the year award, and the nicest people.

The beer was cheap homebrew, well presented and cool.

But if I’d overstayed my welcome I sensed I’d have been listening to a long haired bloke from Rotherham called Dave singing Def Leppard covers.

So I drank up and reached for the pink marker.

6 thoughts on “NOTTS HAS FALLEN”