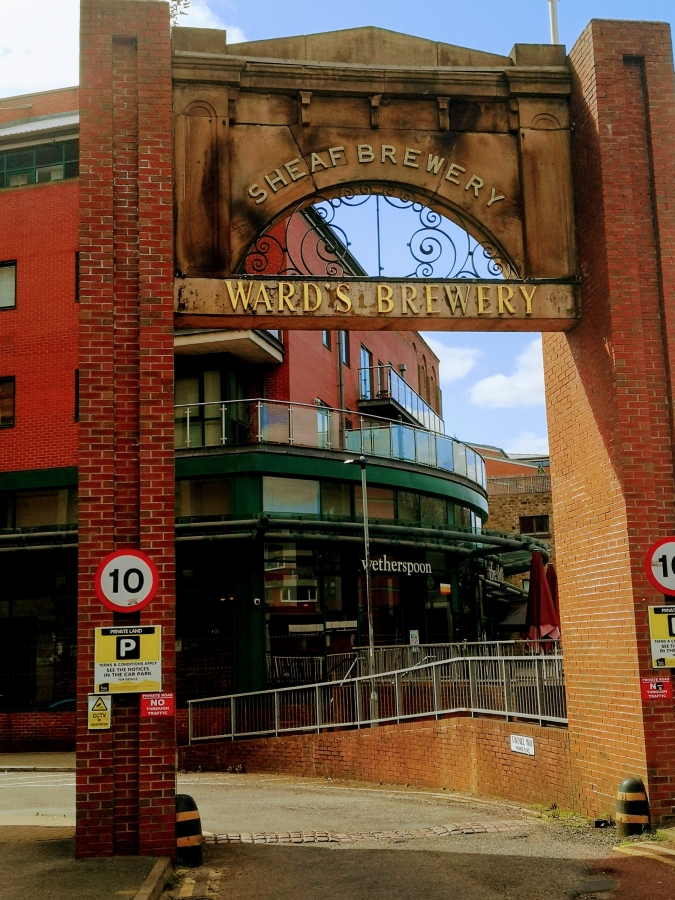 The sole purpose of this post is to outrage folk who cannot abide a period of time between now and a highly-anticipated future event being denoted in “sleeps“.

But then those folk aren’t excited about the return of pubs as I am, like a little kitten pawing at the rats in our garden.

I’ve been continuing my tours of pubs, thinly disguised as exercise, ahead of the big day.

Sadly the Blake Hotel isn’t opening on Monday, though Ruskin Park would have made a great unofficial beer garden.

The view from the top of Blake Street is one of Sheffield’s best, and they’ve even provided you with a handrail to help you up (or down).

Proof that the big re-opening is actually happening arrives in Commonside, where Matthew Clark is delivering his range of artisanal DIPAs to the Springvale. This Craft Union place has a decent garden so I’ll be heading there early on.

Spring has brought back a fair few students fed up of being at home with their parents. Plenty were enjoying the blossoms and street art in Crookes Valley park this week; let’s hope “work” (whatever that is) doesn’t stop them enjoying pints of Doom Bar in Wetherspoons car parks on the 12th. #UseThemOrLoseThem

Several people have recommended the Francis Newton, closest to the main Uni buildings, and it does have a touch of the Exeter Imperial about it, so who knows ?

I shall just wander around on the 12th, looking for spare tables and signs of excitement to report to you.

And then probably sleep it all off in Sunnybank Nature Reserve, overseen by an unnamed frog.