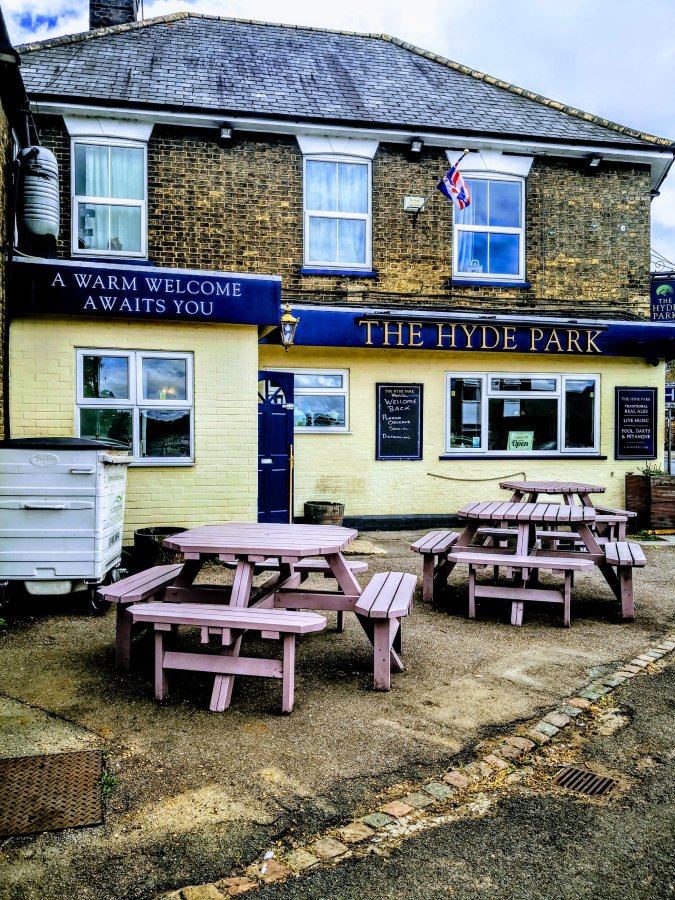 So wrote a venerable CAMRA branch chairman (not THAT one) this week as we amiably discussed good pubs down south. “Pub Blogger” was written in the way you might write “Hull fan” or “Moth botherer”, I thought.

25 years of trendy beers in “CAMRA” pubs and I suddenly find I prefer slumming it in scruffy market town boozers selling Doom Bar after seeing the joy in LAF’s posts.

A family trip to St Neots, a town now endowed with one Lidl for every 0.8 residents, meant I can bring you more boozers.

A fair few GBG entries over the years, but the Hyde Park was never going to join the pantheon of Guide greats, most of which seemed to have “Pig” in the title.

I must have walked past this one 40 times when I gave the my octogenarian friend a lift from St Neots to the Home League at the Sally Army every Thursday afternoon.

I always thought “Must go in there sometime, looks awful“.  I never did, my octogenarian friend died in 2018, my chance was gone.

And now I’m back.  Grief, it’s quite cosy once you get past the hand wash.

What appealed particularly about the Hyde Park, apart from the Rangers support and proximity to the auction with its promise of “characters”, was a WhatPub entry promising John Smiths Cask.

I scribbled my name on the list, the only one with a phone number.  “Everyone else is a regular” said the chatty young barman who looked like Jimmy Barnes sporting a natty Springsteen T-shirt. “Love your shirt, mate” I said.

My hidden Doom Bar was the first pulled at 2pm, but at least I knew that as he thoroughly pulled it through.

One beer is plenty, but is it more than enough ?

Nope, this was lovely, far from the “served far too soon” £1.79 pints in the Spoons next door.  With that slight straw twang beloved of Fenland pints, it might have been a 3.5.  Equally, it could have been 2.5.  Come and find out for yourself.

No music, just the chatter of blokes in their 60s on subjects as diverse as Hiroshima, the battleship Bismarck, and whether the Pope was a Catholic. The usual stuff that blokes in singlets talk about.

No-one showed any interest in their rare beer tourist*, which isn’t surprising.  But in a similar pub in Franconia the locals might have made an attempt to engage me in broken English.

I was warmly thanked for returning my glass, even though you’re not supposed to, and headed off to look at the wall of Wellington boots.  I know how to live. 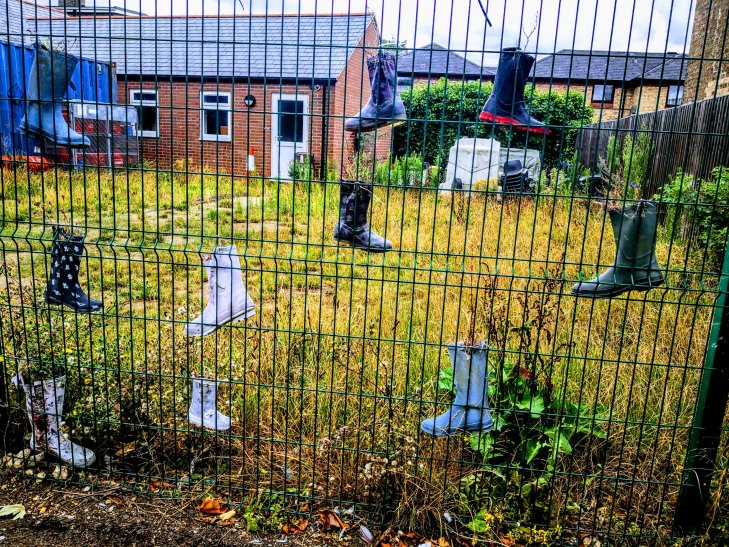 *The first since Alan.