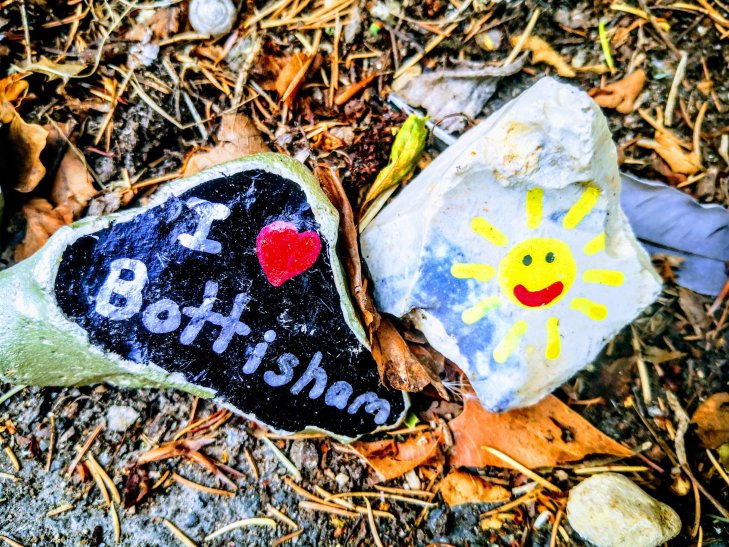 Yes, ANOTHER Bee Gees reference, even though the Isle of Man’s finest (apart from Dave Halliwell) never played the WMC in Bottisham.

Unless YOU know better.

Scraping the Fen Edge barrel, now, though Bottisham (pop. 2,199) punches well above its weight in some respects.

The village college takes up half the Wiki entry, and seems to house half the population too.

Despite separating from the sea in BC 8,000,000, the speed boat club still thrives,

and there’s plenty of that thatch you Americans love.

The retail activity is compressed in a little row next to the Bell, which could be saved by Saturday’s return to pubs. If we don’t all wait a few months to see what happens.

I’ve been once, 15 years ago, for a decent IPA before the Bell cut loose from Greene King shackles.  Whatever they are.

Oddly, Bottisham is best known for Stocks, a posh restaurant with a tenuous connection to Manchester City I can’t be bothered to explain and you don’t care about.

It faces the village church, about which Wiki is effusive.

“Above the arcades is a clerestory of fluted lancet windows“

I walked the bounds, about 5 miles, taking in the bridge over the A14,

and 6 million square miles of wheat fields on the way to Swaffham Bulbeck.

I’m SO tempted to come back when the Bell re-opens and listen to them talk about weeds.

18 thoughts on “BOTTISHAM – SAVED BY THE BELL”