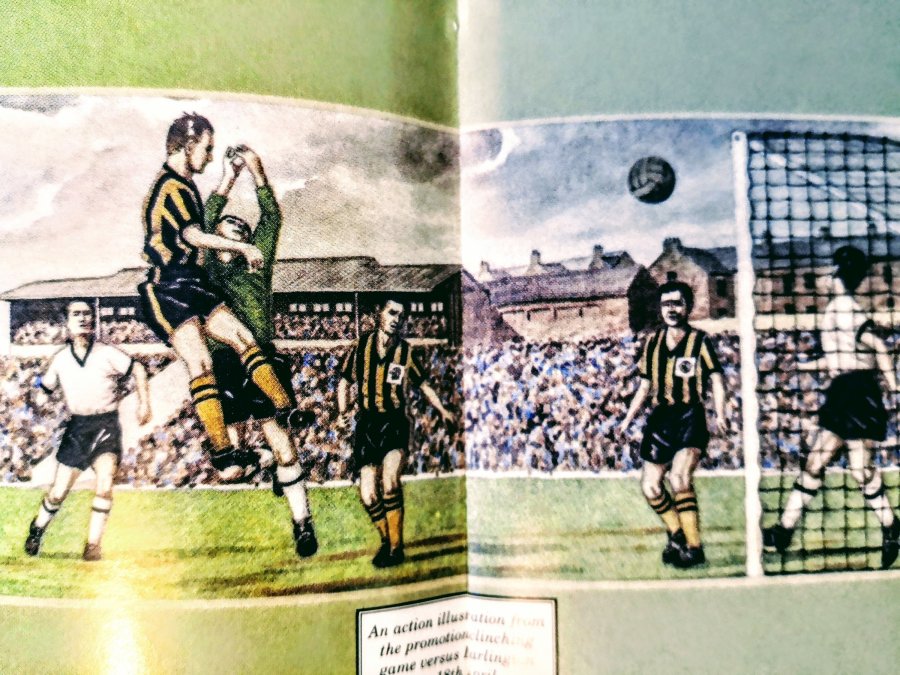 This 1-1 draw in a proper English ground was a grim finale to the 94-95 season but at least I got to stand for a tenner. You can’t do that anymore.

The highlight was this excellent photography from Vale’s 1959 4th Division promotion season,

and an advert for the traditional Summer trip to the golden Isle of Man to chase cats and drink gallons of Okells Bitter.

Despite the lack of the internet, Titanic chose 1985 to launch their brewery, and have gone on to become bigger stars than Robbie Williams.

I was last here the day of the Manchester One Love Concert,

and caught the locals’ reaction to Robbie singing “Angels” in the Bursley Ale House.

I’m a miserable old git as you’ll know, but in his home town Robbie’s bit of gush struck a chord with me, and I had to pop up the stairs to get something out of my eye. It really did feel like a rare collective “moment”.

Back in ’95 my pre-match pint was Courage Directors in The Vine.  Glory days.

Two on the same street, the guest beer heavy Duke William and the classic Titanic Tap that is the Bull’s Head.

As you see from the lacings in the top photo, the Bull’s Head serves the best Plum Porter in the country.

But will it be enough to drag out Old Codgers away from N-u-L and the lure of Bass ? Perhaps not.