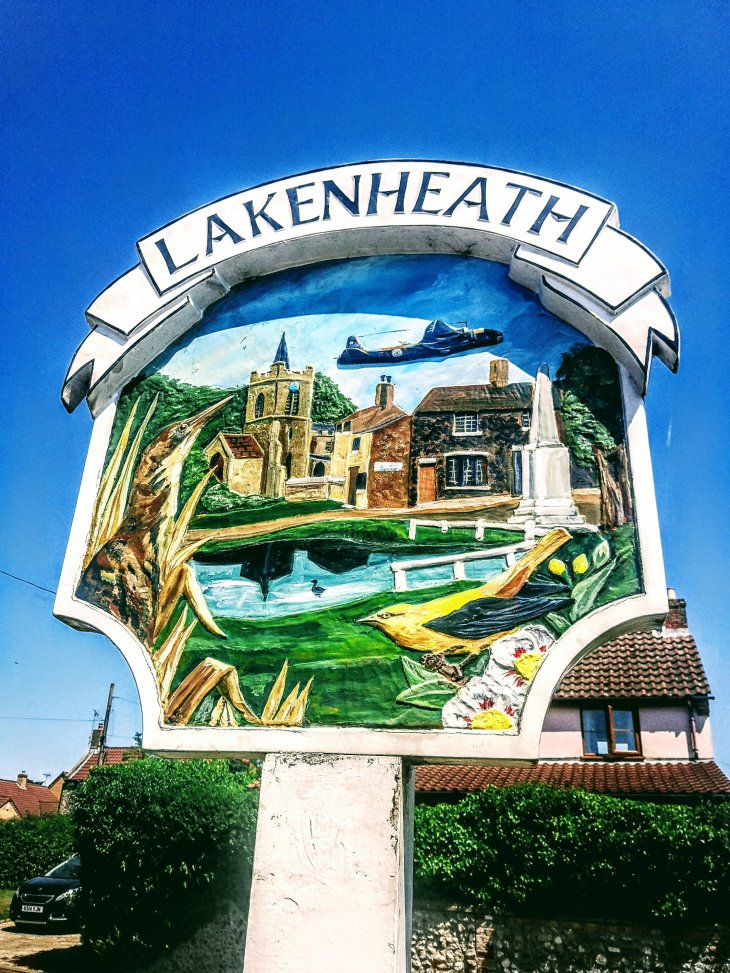 “US readers may appreciate a trip to Mildenhall or Lakenheath ?“, says Marty, which makes me doubt he’s ever been there.

The former I’ve done to death, the latter ?

I couldn’t remember Lakenheath at all, though I MUST have passed it on the way to pre-empting Feltwell last year.

37 minutes away. Oooh, my longest trip since The Easing.

I switched to Christopher Cross on Spotify as I entered America 1981. You don’t get Chris Cross on that infernal #TimsListeningParty, do you ?

On the B1112 I heard an ominous rumbling. Was my Aygo giving up the ghost ? No, I was driving Mrs RM’s car (it’s black).

It’s the US jets, spreading hydroxychloroquine over us (possibly).

Yes, we’re in Little America, which you know from the Stars & Stripes and an astonishing range of eateries for 4,691 souls in a Fenland / Breckland village and a few more on the airbase.

Never had a Beer Guide pub here in my 25 year ticking career, and the “Wok & Rock” and “Brewer’s Tap” don’t look obvious candidates, so who knows ?

I’m guessing the Vintage Hotel across from St Mary’s used to use that spike to display the heads of tickers who asked for tasters.

In the Co-op the talk was of an unusually high police presence.

Since Lakenheath doesn’t have a beach to move folk on from, I’m guessing the crime was “leaving a Jeremy Clarkson hardback in the phone box, causing pain and distress“.

What else is there ?  Lots of pebbledash,

some unusual pargeting that may (or may not) have inspired the ZOSO symbols on the cover of Led Zeppelin IV,

and some gorgeous walks out into the disused pits at Maidscroft Hill.

No, even with three Chinese takeaways and a Korean restaurant, we won’t be retiring there any time soon. But it’s OK, it’s OK.