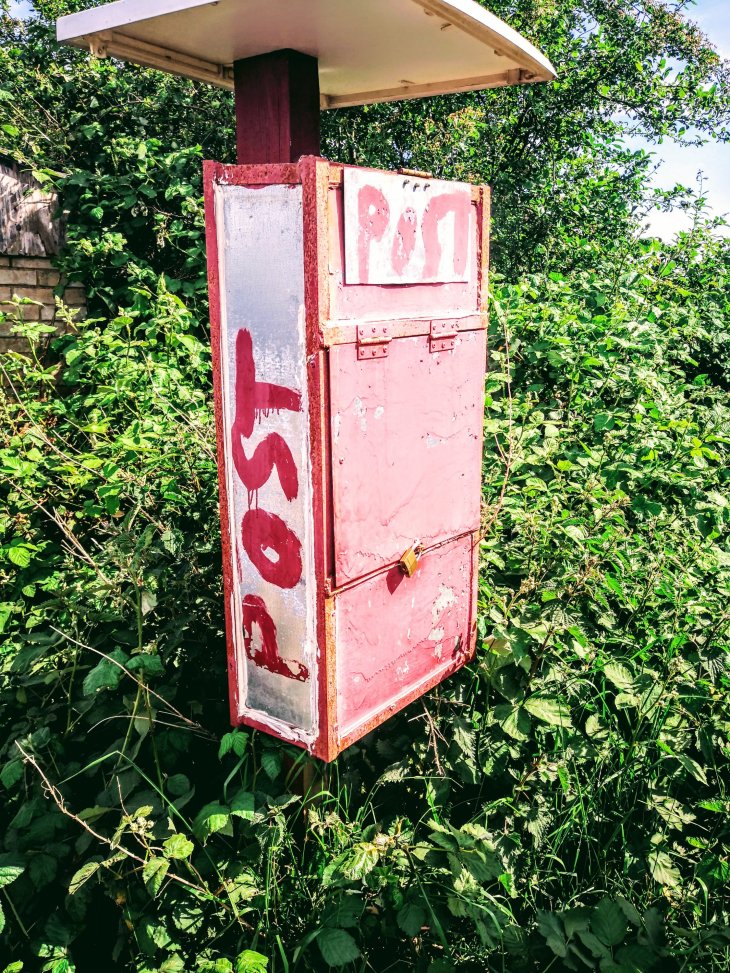 Today’s socially distanced walk (I was passed by one wobbly cyclist in 90 minutes) comes from Willingham, the village that makes Waterbeach look sophisticated.

You’ll have a complete set of posts on the Fen Edge villages to cut-out-and-keep soon.  Willingham is definitely more Fen than edge, even though it does have the micropub with cans of Cloudwater.

The Bank impressed me when I took BRAPA there on my Fenland Flyer service in 2018.

Back then “the banter was distinctly rural, as folk discussed fertiliser discounts rather than the merits of the Cloudwater DIPA unexpectedly on the bar. Or perhaps the shame brought on the village by those thin Adnams glasses“.

My walk up Schole Road and down Iram Drove past Belsar’s Hill sound more exciting than it was.

But at least it’s flat. And I know how much some of you love flat.

A tad smaller than our lovely Waterbeach, lacking the railway, new housing and a Chinese takeaway but fitting in an Indian restaurant, three pubs and a “help yourself” beer pump.

In all honesty, it’s a bit shabby in parts, but St Mary’s & All Saints is a highlight.

If you think I’m being a bit mean on a workingman’s village, read this;

A local man named Jabez Few, who died in the 1920s, was regarded by the townspeople of Willingham as a witch. They claimed that the white mice he kept were his familiar spirits, and that they could not be got rid of after his death until they were held over running water.

Yes, investigated for witchcraft in the 20th century. And you thought Pendle and Hartlepool were nervy.  Amazed that Simon got out unscathed.

and the Duke of Wellington is a classy Greene King dining pub with gorgeous XX Mild from the barrel.

The Porterhouse had gravity beer when I was there last time, too. Now it looks like a Greene King family diner. Oh, it was.

So there you go.  Three decent to good pubs, an Indian restaurant, and a hardware stoore with wobbly letters.

Oh, and a windmill.  I expect Jabez is still locked up in there.