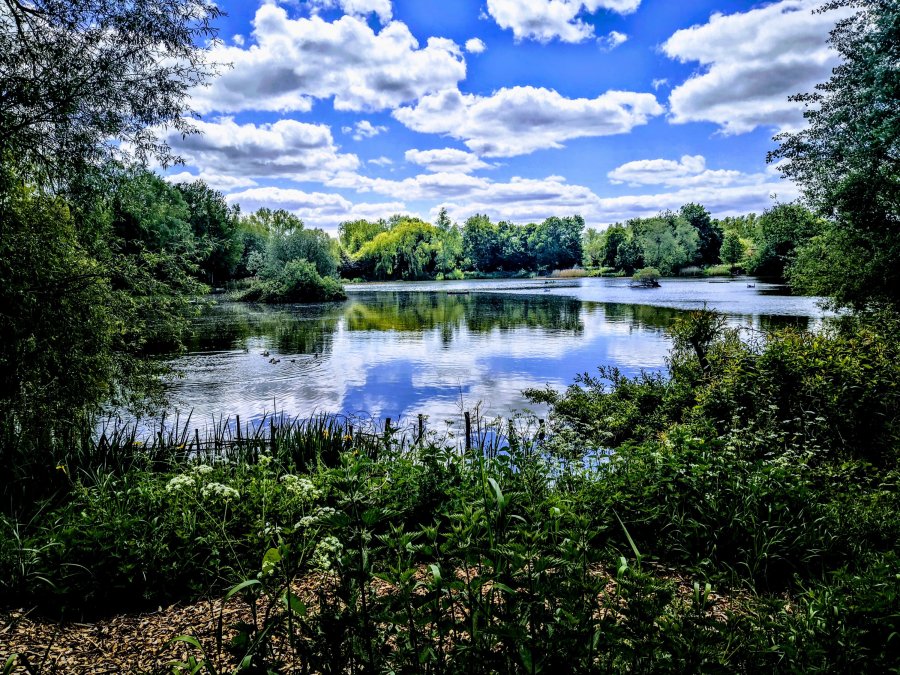 Despite concerns, gleaned from MumsNet last night, that Somersham’s locals would be standing on the B1050 with pitchforks to keep out visitors, I made it my first trip outside Cambridge since lockdown.

29 minutes on (still) quiet roads to a village of 3,802 souls and no open pubs or toilets, which is going to be my main issue with any adventurous socially distanced travel.

The Navigator extract confirms I’ve been before, but not for years, and not since The Windmill was the default soup and panini lunch stop for my Dad after golf at Pidley, home to the Mad Cat and the Pidley Mountain Rescue Team, of which less later.

And if The Windmill sounds vaguely familiar, IT WAS ONLY ONE WEEK AGO that it cropped up in conversation as the pub that Dave Greenfield ran.

Actually, Mrs RM and I brought our motorhome a mile or so from here last year when we did the “Soft Fruit Trilogy“.

And today I was back, for no better reason than curiosity and the prospect of a walk without a sweaty gobby bloke running past me with four inches to spare.

Theoretically I could have gone anywhere in England for my walk,

Four people in the Local Nature Reserve, three of them taking advantage of their new freedom to fish.

Frankly, after eight weeks trudging the same paths in Waterbeach, I could feel my brain waking up as I explored the little woods and disused rail tracks of somewhere, anywhere NEW.

No joggers, no cyclists, just the odd sheep in the next field and some ponies attempting to reclaim the streets, Llandudno style, but coming a cropper at the gate.

I can’t say it’s idyllic, but like most of the Fen Edge it’s less scruffy than Fen Proper and folk keep their gardens neat.  At a push, you can understand what folk are saying, though you’ll still hear “Are y’alright boy“. I can see why a Strangler would like it.

It’s on the Meridian Line, whatever that means; something to do with the place where the two halves of the globe join up I guess.

Rural Cambridge villages like this generally have one plain pub, one smarter dining place, a Tesco Extra or Co-op, a church on a tiny “hill”, and some unused ’60s artefacts.

Apart from that the highlights are low-key, though to be fair the Tourist Information Office is furloughed so I couldn’t ask about the gnomes and Action Men.

Two pubs, the Windmill and the Rose & Crown, which was offering Nick’s special Scotch Eggs from a takeaway menu for the ages.

I bet I come back, do the Rose & Crown, and then find the British Legion is in the GBG22 serving Doom Bar from bottles.

And when I got home, I was first on the phone to the Chung Hwa, newly repurposed for social distancing.  Our first squid, crispy beef and Singapore rice since March.

Said it before, but never truer; the best Chinese takeaway in England. Welcome back.

12 thoughts on ““Who wants the world ?” A walk round Somersham and crispy beef will do me fine.”