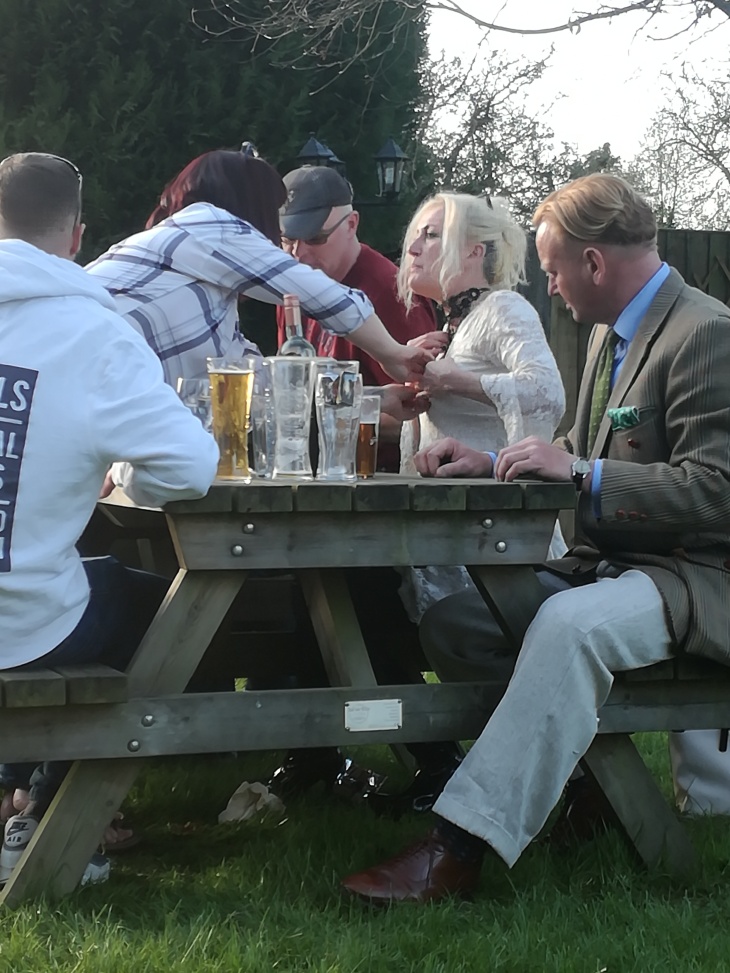 I can’t say I enjoy writing these retrospectives, but I DO enjoy reading some of my old posts (and Pubmeister, BRAPA, LifeAfterFootball et al).

And blogging beats trying to find something exciting in Waterbeach.

Look closely at the “Mon” symbol next to the cutlasses marking the Battle of Naseby,

where Curry Charles and I fought over our hoard of pork & apple pies and Scotch eggs liberated from Cradley Heath that morning.

Stafford Paul revealed to his Beer & Pub Forum fans he’d had 23 pints of Pedigree in the year up to Lockdown.

I don’t know if he’s been the the Wharf in Welford, but he should, as soon as the rail line is completed in 2037.

Until then, there’s a variety of arrival methods;

The Wharf is probably in my Top 10 pubs, and impossible to recreate in your own front room with a home delivery of 500ml bottles of BBB and a Morrisons quiche.

No bottle, even one decanted into a Bass glass, can match the sulphorous snatch of the Pedi in the Wharf.

Gentlefolk eating weekday specials, blokes standing at the bar talking refuse collection and Brexit in that dull hum of the everyman boozer.

This is the pub where Mrs RM was converted to the joys of twiggy beer.

But the pub thrives on its location, the canalside garden the place to coax that last NBSS 0.25 out of your pint.

This is where you get the upper-class intoxication the middle-classes just can’t pull off.

Yes, a pub is about social interaction, bench seating and the risk that intoxicated folk will fall in the canal in their best suit. But it’s also about beer, and the Pedigree here is the best I’ve had outside of the Dead Poets in Holbrook.

I heard some terrific intoxicated conversation;

“I am a little treasure. Lean on me”

You don’t get entertainment like that at home. Except when Mrs RM drinks 4 cans of Brew Dog in an evening.