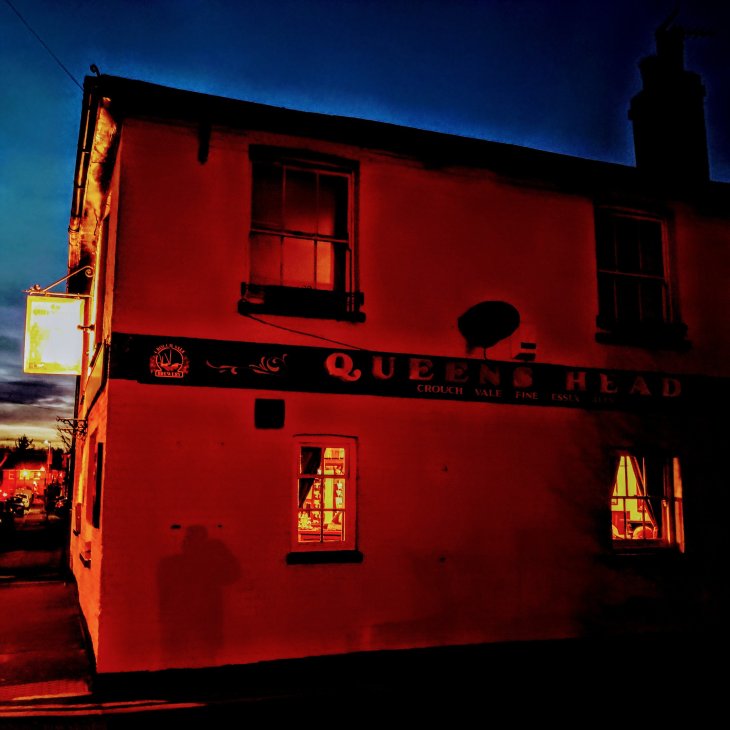 On Monday night I met up with friends on the edge of Chelmsford, which hasn’t graced this blog since 2016, amazingly.

With a couple of hours to kill I had time to do the county town justice.

No-one told me it was now a city. One of Nick Clegg’s main achievements in coalition, apparently.

To celebrate city status they were just about to demolish the much-loved flyover taking you out to the honeypots of Maldon and the coast so familiar to our Pubman of the Year.

You can see the flyover below, just right of the “Motel” at the bottom.

That OS extract makes Chelmsford look vaguely exciting; a locks, a weir, a viaduct, a mill, a giant blue fish, a cricket ground.

But county town status brings with it lots of functional responsibility, not least being a test bed for modern architecture neatly split between church, commerce and shopping (grief, I’m turning into a poor man’s Pevsner).

You have to look for the old stuff, but it is there.

Only one busker, who I give a quid to for his stirring rendition of “Fields of Athenry“. I always reward buskers who don’t rely on Ed Sheeran.

That should alienate my Irish readers anyway.

Functional, clean, dominated by upmarket chain diners. A bit like Guildford, then. Without the hill or the chip on its shoulder, and with better street art.

Good pubs, too, around the station and the cricket ground.

As I’ve noted before, Essex folk still drink, and not just on Friday and Saturday nights either. You’ve a greater chance of a Monday lunchtime pint in Essex than almost any other county.
If I’m in need of truly authoritative advice on somewhere to drink, I always head straight to BRAPA, the Egon Ronay of pubs.

He strongly recommended the Queen’s Head, last visited by me a decade ago.

“It had the ‘holy trinity’ of c**p pubness. A surly barmaid (Dad reckoned she smiled for a millisecond on arrival, I didn’t even witness that!), she was miserable to the point I felt a bit uncomfortable as we waited for the drinks to be served. It was freezing cold – I know it is hard to heat some of the bigger older pubs but no effort was made here. Oh, and thirdly, the beer was rank.”

wrote Si last April. A thumbs up if ever I read one.

I reckon 90% of you would love this as your local.

Bench seats, a symphony in brown, those chunky handpumps, Irish landlord, the only sound the sound of laughter, reliable breweries,

Half a dozen locals formed the 5 o’clock gang around the fire, underneath the Mann, Crossman & Paulin sign that will be replaced with a Bass one on 11 April.

So, what does BRAPA know?

The blokes talked pebbledash and post-Brexit trade deals, stuff they’d read in the Sun about Health and Safety regulations, neighbours shooting themselves in the foot and blokes with twenty double bypasses.

There was only one thing wrong.

Every other word. Literally. Imagine Adele dropping a Novello award on her little toe. Sir Humphrey would have exploded.

Next time I’ll revisit the Orange Tree that Si actually did like. 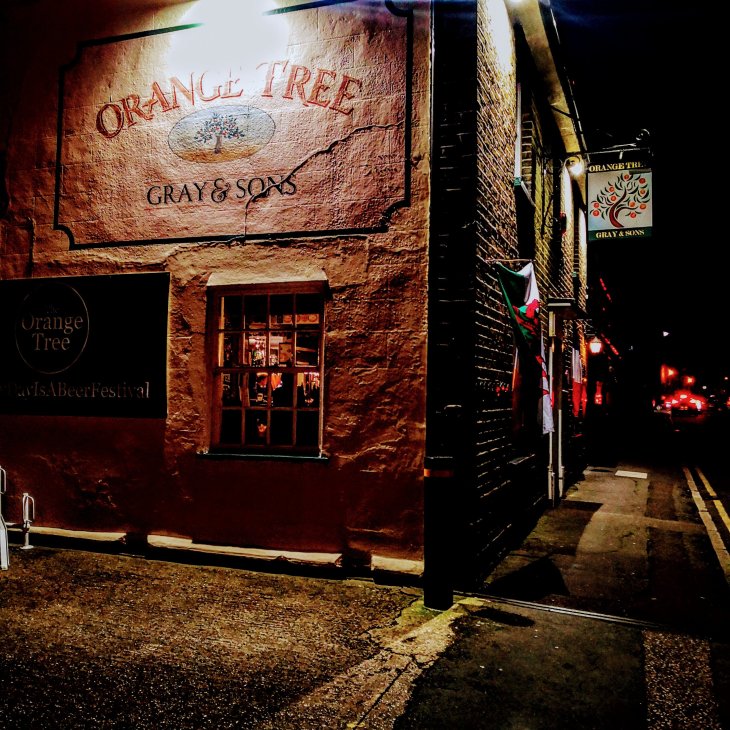 And another thing. The Spoons had run out of the quinoa salad, so I had to have mushy peas with the skinny steak. 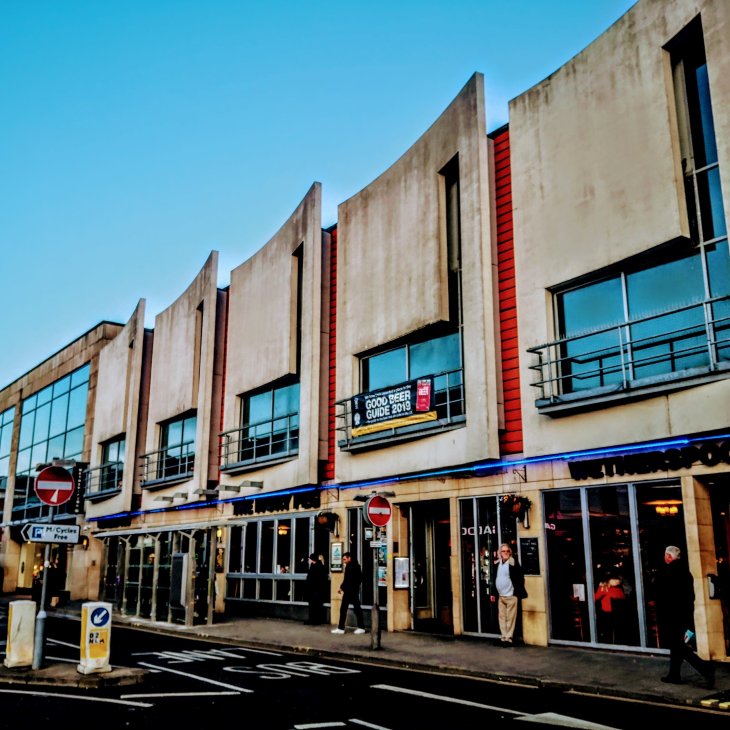 19 thoughts on “CHELMSFORD – SWEARING ON THE WID”