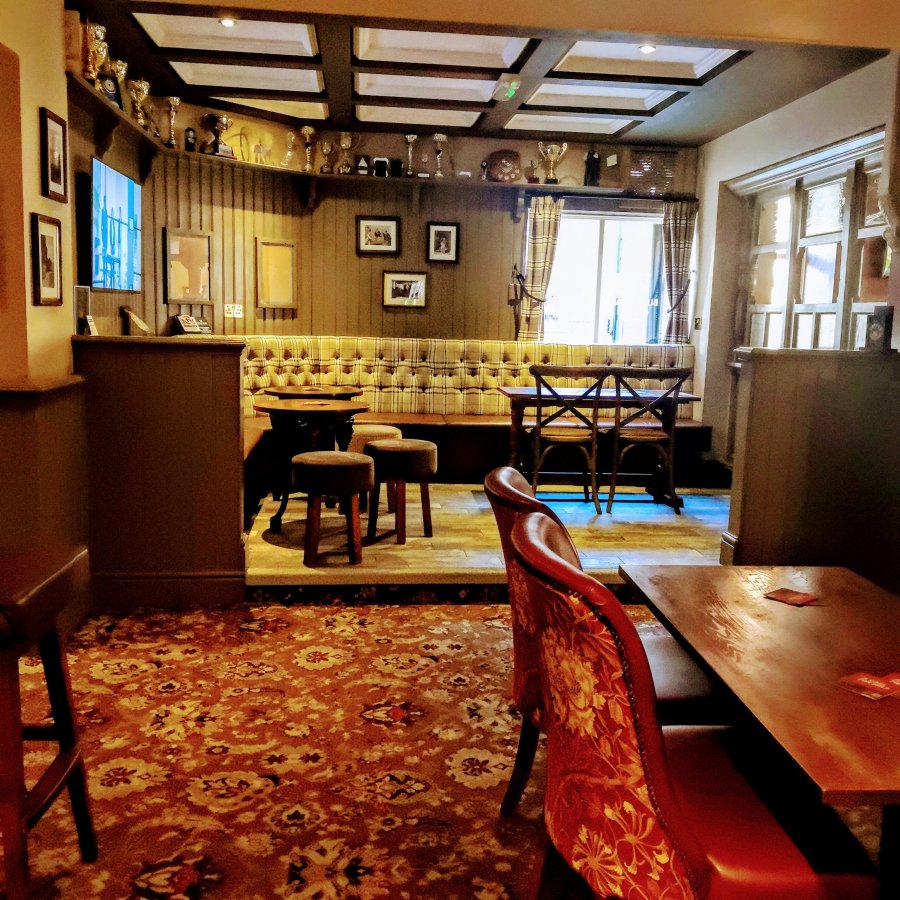 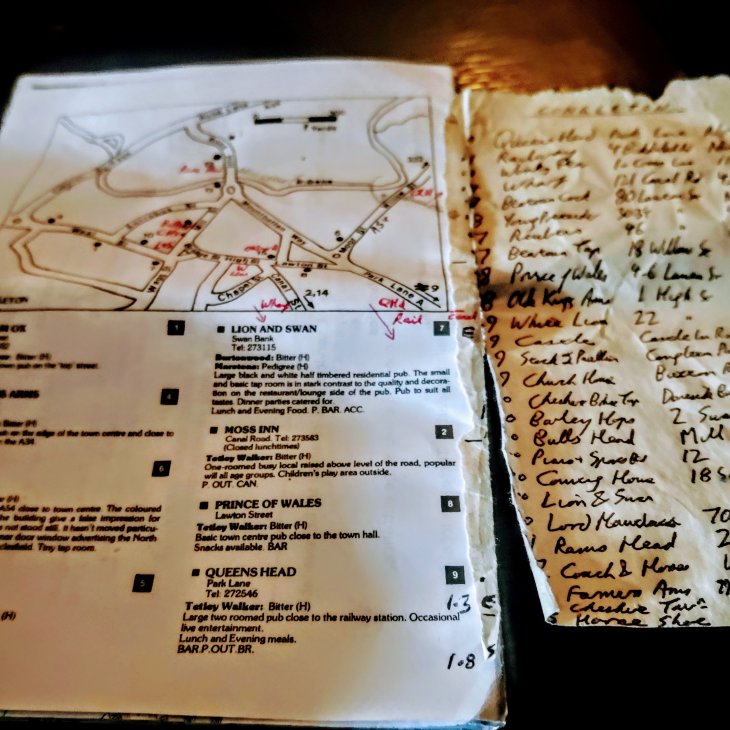 A short break from the Beer Guide now, as I join a Pub Legend in Congleton.

I’d picked Heaton Chapel, not just for the Booking.com Genius rate if £27.20, but also because it’s a doddle to get to Beartown (look it up yourself) via Stockport. Assuming the train from the Heatons makes it to Stockport before the connecting train leaves in the direction of Stoke. In 2020, that’s too much to ask.

I’d have made it from Platform 0 to Platform 2 just in time if I hadn’t spilt black coffee over my ticket. So, 59 minutes and 40 seconds killed in Stockport Wetherspoons, always a joy when you get John Smiths Smooth man in a purple pullover singing “Winter Wonderland” (honest).

Half an hour later I arrived at a station labelled Congleton but actually in a different continent. 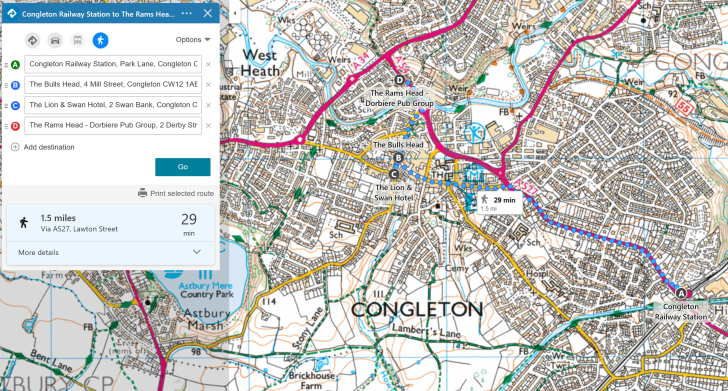 Twenty minutes uphill, and no, I didn’t take a taxi. A scenic walk along the canal and a chance to see the first buds of Spring, Winter having gone on Summer holiday this year.

It’s almost as if they built the station a mile away to deter the Beer & Pubs Forum, but Stafford Paul will NOT be deterred. With my hour delay in Stocky he’d already got a head start on me, which I compounded by taking photos to show Dick and Dave how similar the town is to Leek.

No, it can’t match Leek for pubs, or meringue shops, or oatcakes, and the GBG entries have been, well, a bit dull. But it’s still an attractive place.

We skipped the GBG to explore the lesser honoured pubs.

I caught up with Paul in the Bull’s Head at 10.45 as he was finishing his third pint, which shows the great man’s commitment to saving pubs (albeit the previous one was the Spoons).

A tidy pub, “Wuthering Heights” playing, perhaps a dozen refugees from the corporatism of Spoons dotted about.

I had ticking business later, so I was sticking to halves for now . The Titanic was a quid.

“You could have had the other one for £1.75 a pint” said the pleasant young man.

Cheap and tasty beer (NBSS 3) in a well-run wet-led Amber Tavern competing nobly with Spoons, just as Amber does in Worksop and no doubt several other market towns.

We consulted Paul’s immaculate maps (top) and headed for the posh hotel. 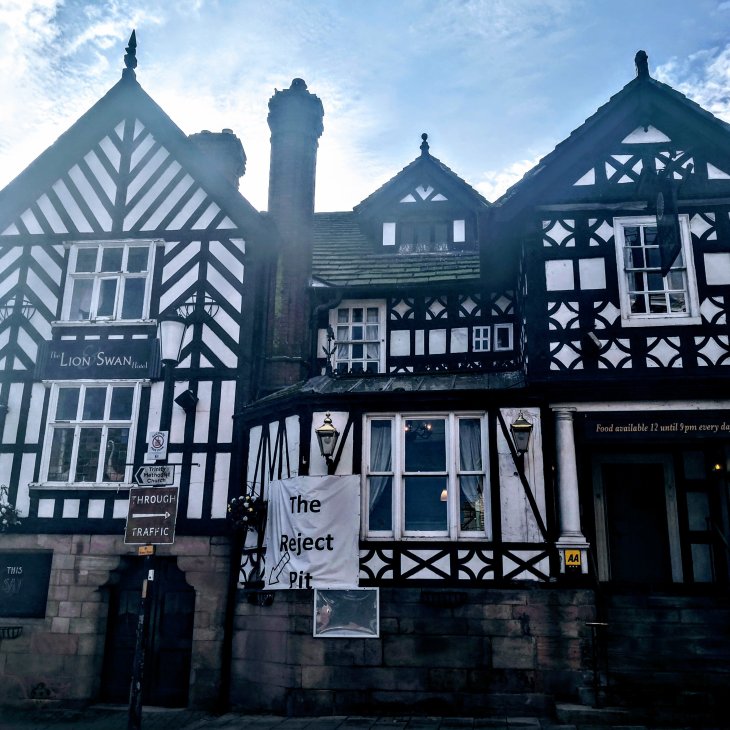 13 thoughts on “A CONGA THROUGH CONGLETON”