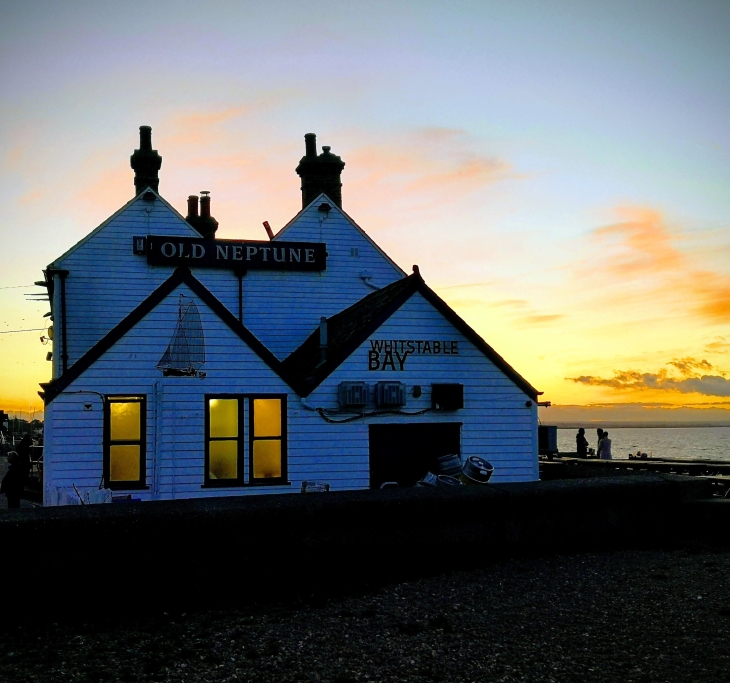 If Whitstable was in Suffolk I’d hate it and make rude pashmina jokes about the wrong sort of Joules.

Last time here I did a couple of micropubs whose owners convinced of their sides chances in the last cup match. West Ham beat Man United but the Black Dog and Handsome Sam fight on in the GBG, the only competition that counts. 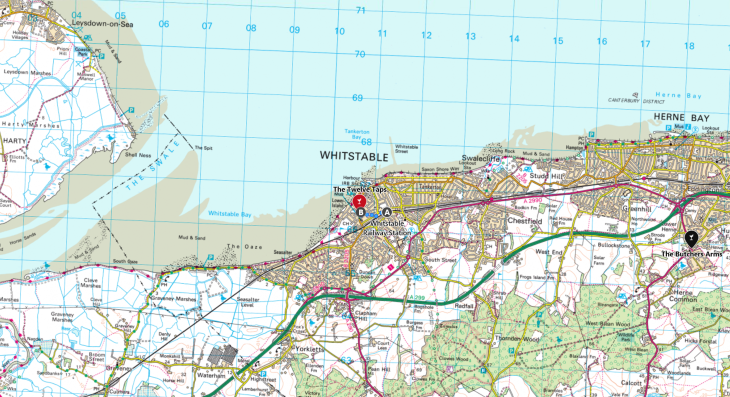 I even popped in today’s Guide newbie four years ago, but they only serve coffee till 4pm so I was scuppered.

As so often, my second visit last Wednesday was scuppered by the micro equivalent of the January flu that besets weaker PubMen.

I sometimes think they don’t want your business. Or they want a holiday.

Still, Sundays are still fairly reliable, but never save a micro till your last pub of the evening is my advice.

The Twelve Taps was my penultimate tick, leaving just one pub left in Kent that shouldn’t be difficult, so I ignored the Gin sign and marched in.

Straight to the loo, whose gender neutrality will delight some (me included) and stir the fires of Hades for others.

If you’re after bench seating, handpumps and wheezing Old Boys, you’ll not have ong to wait, but Twelve Taps is just the cheery modern beer bar I’ve subjected Stafford Paul to in Bath, Leeds and Stafford.

The seating, squeezed against the wall, is truly dreadful, as bad as that New Mills place.

I couldn’t tell the difference between the cask and KeyKeg on the board either, but I’m past caring about such ecumenical matters.

The Cloudwater Pale was superb, just as the coffee had been last time, and I can’t knock a place filled with youngsters drinking beer when they should be at the lifestyle store.

With 20 minutes to spare I squeezed my gut down Squeeze Gut Alley, which celebrates the time Messrs Difford and Tilbrook came here for a kebab.

Talking of late ’70s pop legends, I saw Bob Geldof here in the tat street. What a man.

Londoners still come here in their hundreds on winter Sundays, drawn by Shepherd Neame, scarves and sunsets like the one over the Old Neptune. 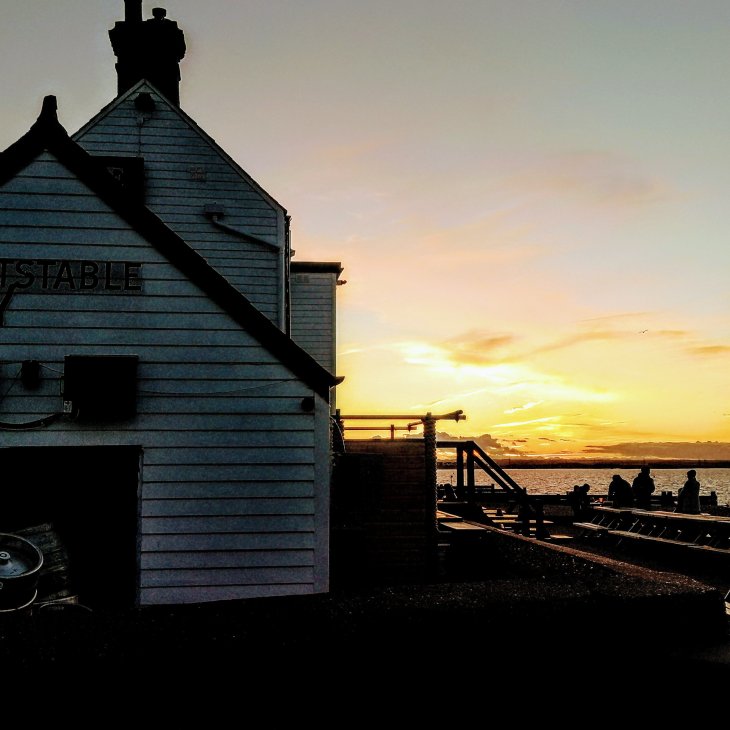 At least it leaves Thanet to the likes of me.

20 thoughts on “SUNSET OVER WHITSTABLE”