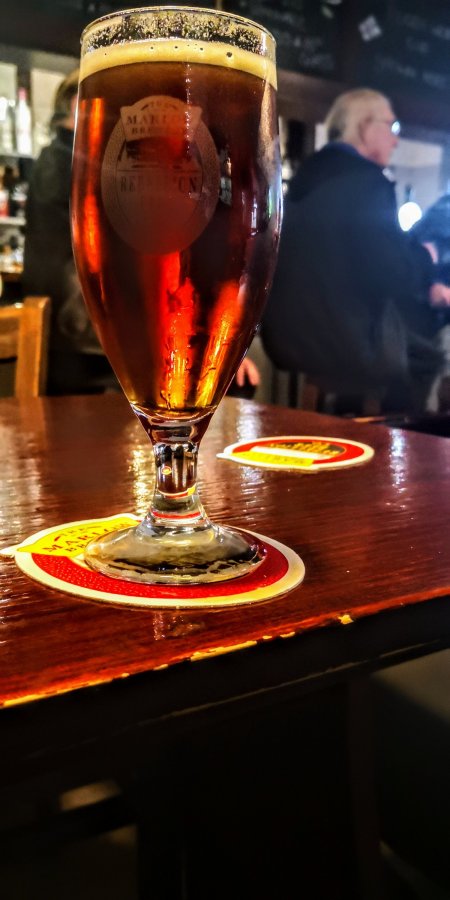 I don’t wish to over excite my readers, but you can expect posts from Mrs RM on Maidenhead very shortly. Once she’s had an hour in her luxury Brighton hotel to recover. Spoiler : I will be entirely vindicated.

As a teaser to the main event, here’s a post from the very edge of the ‘head. Only 45 minutes walk out from Mrs RM’s team meeting by the Thames, but I’m fairly sure that the residents of Pinkneys Green claim they live in Slough when they travel and folk ask them where that is.

Not that anyone ever leaves Pinkneys Green.

WhatPub paints a picture of the Boundary Arms as a recently refurbished family friendly pub, and I brace myself for beige Berkshire gastro.

OK, it’s blokey. But what do you expect at 3pm on Friday ? The schoolchildren leaving in their posh uniforms aren’t headed here with pashmina mums and dads, that’s for sure.

Half a dozen blokes, most on Fosters (and why not), but the Rebellion IPA was superb (NBSS 3.5).

Anyone would think the Berks CAMRA lot pick pubs for the GBG on the basis of beer quality of something weird.

The 3.10 from York, in which BRAPA is chased around a field by angry babes on horseback, was on, but mostly this was blokes talking affectionately about other blokes who drank more than them. “Trouble with his guts” the key line here.

Is there any better way to do to pass an hour in Maidenhead on Friday ?

I doubt it, though the Stanley Spencer Gallery down the road in Cookham comes close.

NB I’ve no idea about the apostrophe in Pinkneys.

7 thoughts on “PINKNEYS GREEN – MORE EXCITING THAN IT SOUNDS”