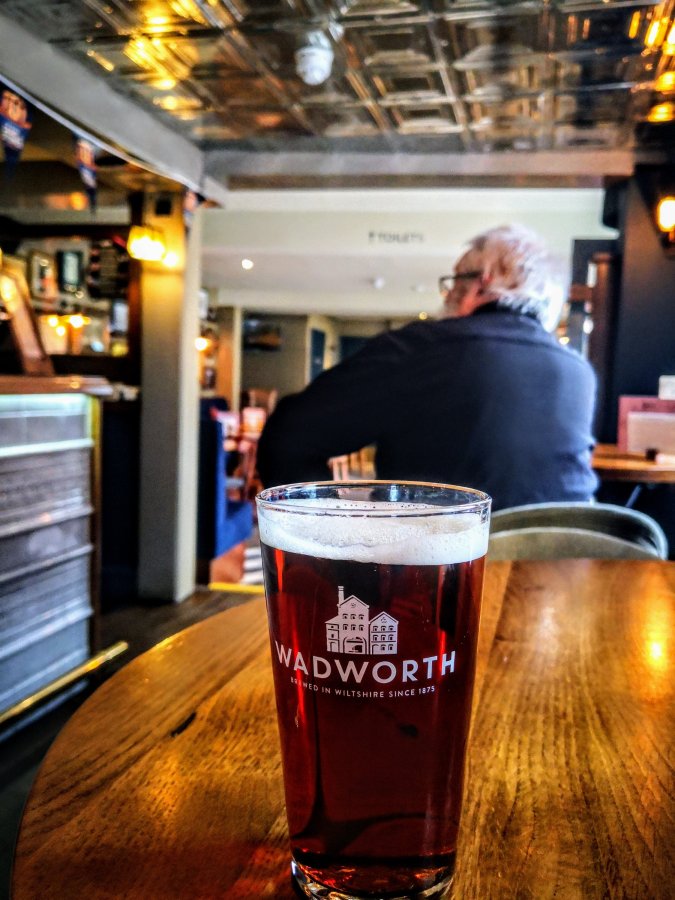 Next stop, Wiltshire, and a rare new Wadworth’s pub in the Guide. 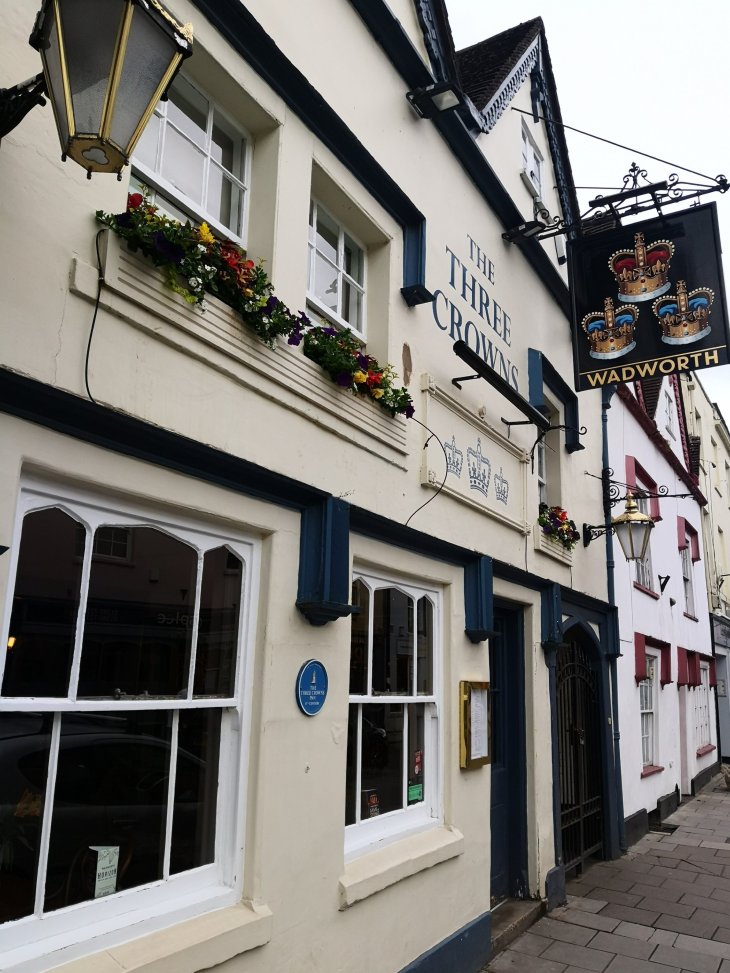 Sure the Three Crowns was probably a GBG cert back in ’83, but sadly Duncan dropped his memory stick in the Bass jug in Pontfaen so we shall never know.

Half an hour was enough to remind myself why Devizes gets the same number of tourists as Swindon (about 7).

Plenty to admire, but little essential apart from the 6X.

I thought I’d spotted the Wadworth’s dray horse, but it seemed to be doing a bit of moonlighting delivering garden ornaments.

As a place with shops where you can buy essentials (sausage rolls and pouting dolls) it’s hard to beat.

After a tremendous chorizo and sausage roll, I went for the tick.

Only seven handpumps?  Whatever happened to choice?

For good luck, a normal and chilled version of Horizon, that least beloved of Waddies beers.

Clearly the choice was too much for the lone Old Boy, who’d gone for a nice chilled lager.

The two gals who followed me in weren’t on the 6X either.

Shame, as it was rich and whisky-imbued, a clear NBSS 3.5.

A bit over decorated and chintzy,

but US Dave will be delighted to hear they were playing “Girl from the North Country” and ‘Spirit in the Sky”.

Shame all the dining trade was in the Spoons.