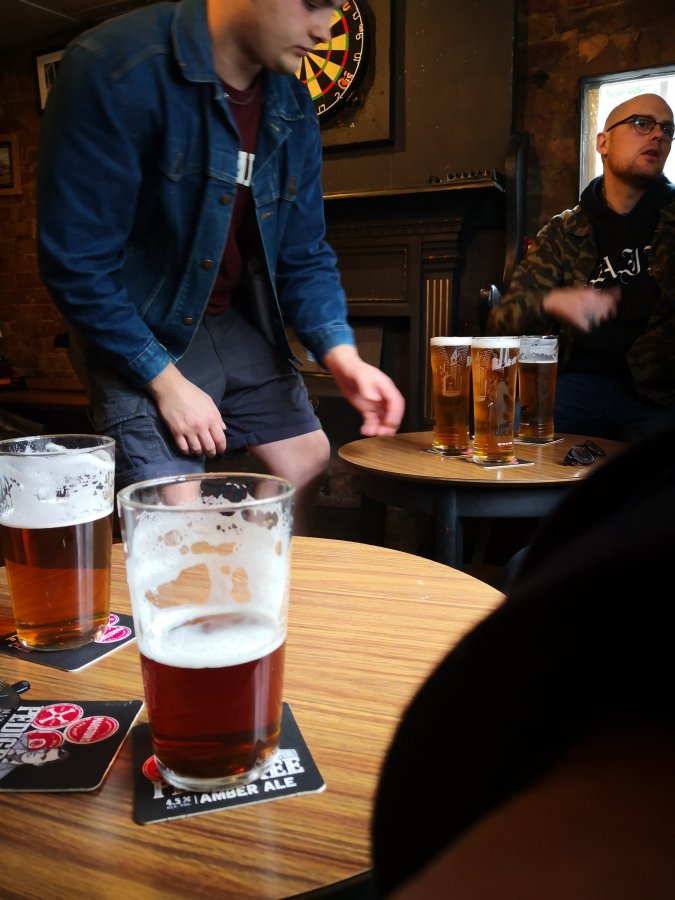 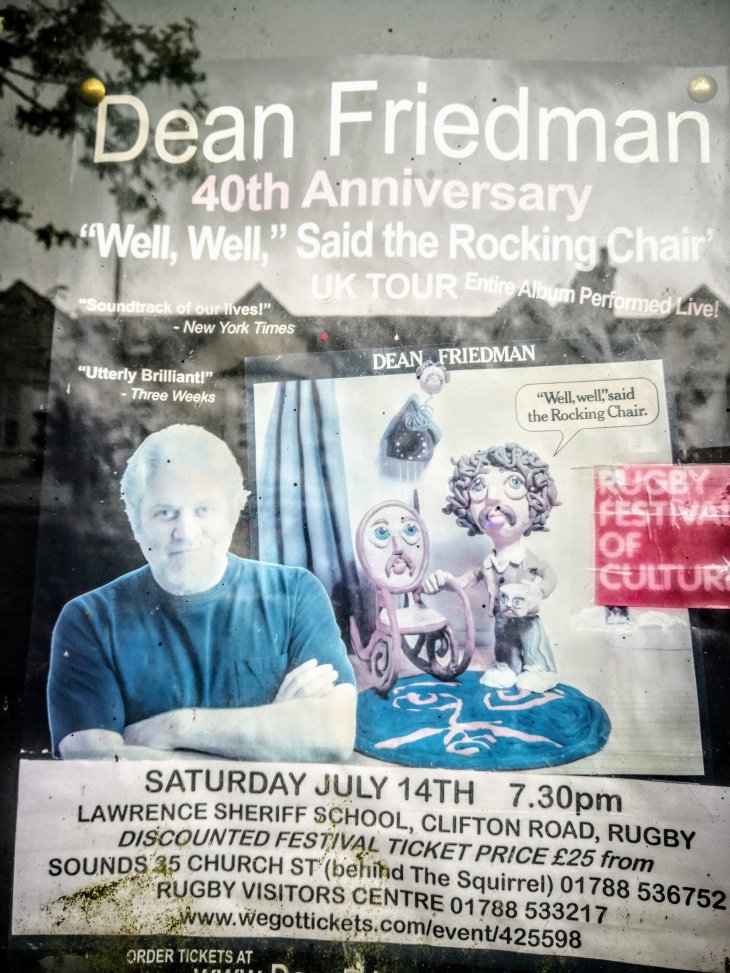 Rugby Pub No.5, and we weren’t even a little bit tipsy, apart from Richard who was becoming ever more animated at the prospect of some Proper Factory-produced beer at our next pub.

On the way we passed an advert for Dean Friedman’s show, “Lucky Stars” and, er, the other ones. I just played his impressive recent LP on Spotify, earning him about 0.1p.

Now I’ve said that Rugby has a good core of Proper Pubs, and the Squirrel was the one I envisaged transitioning to the All-important retiredmartin Top 100 (currently standing at 344 pubs).

Blokes smoking in the alley outside is SO Rugby.

Having just been in a wedge of a pub, the Squirrel is another small and narrow gem.

You enter to a reminder of the joy of great literature (and Boring Best Bitters on the Beer Board).

Of course, the one guarantee of a great pub (drunk locals saying “I’m just a dickhead” apart) is a Welsh dresser with homemade cake to go with your pint of Pedi.

But Richard’s face will tell you…

So Lancaster Bomber it was in place of Pedi, this being the first pub on the trip without Plum Porter. A bit like City replacing Aguero with Jesus (not the real one) at Wembley yesterday, Mario Balotelli being unexpectedly unavailable.

Still. What a great pub.  I believe young BRAPA has this treat in store, by which time these Carling lads will be Carling Old Boys.

We were well into the Golden Hour now (16:01-16:59), and the Squirrel had a heady atmosphere of blokey boozing.

Goodness knows what Mrs Coldwell though of it, but I know what Mrs RM would have said.