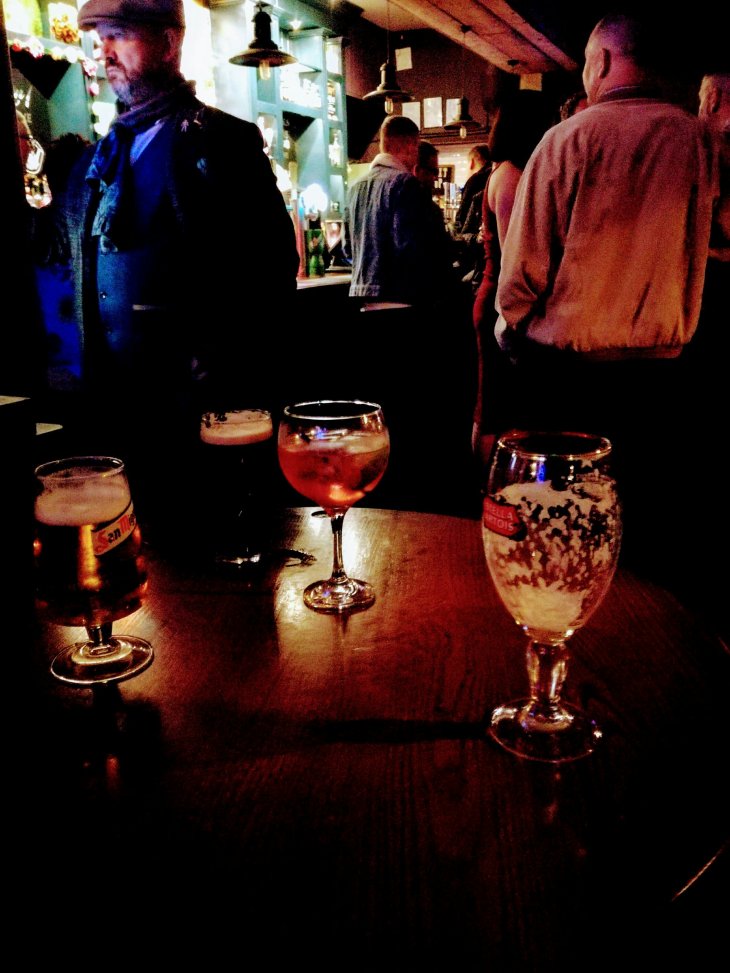 A sedate start to our evening in Doncaster, though emerging from the Alehouse we were alerted to a couple snogging (polite term) up in the scaffolding above the market place. Never change, Donny.

So what cultural diversions does this capital of Yorkshire hedonism offer the intrepid traveller. 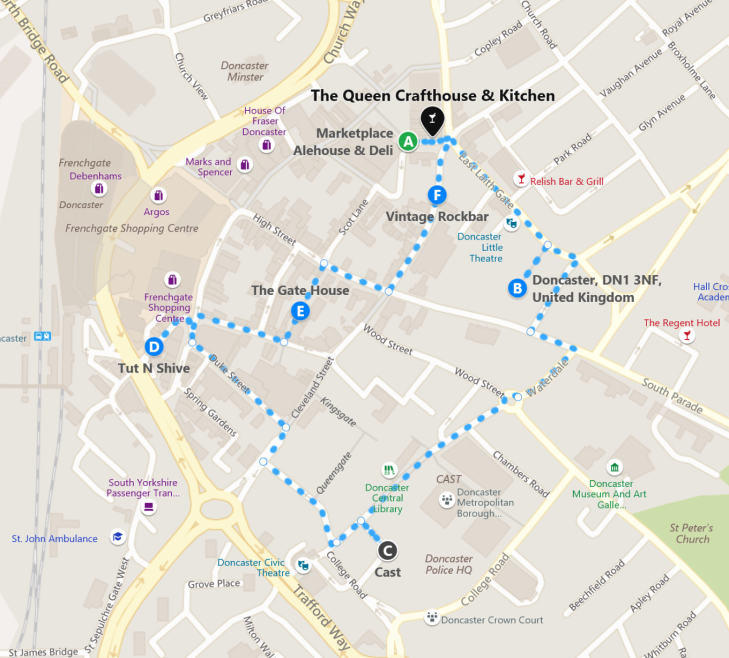 Well, mint Prosecco for a start.

I’d forgotten, or blocked out, the strip of clubs along Lazarus Court. There was no way those bouncers were letting scruffs like us in.

We would have watched “Peterloo” but the multiplex seems to have moved out to Lakeside, and the flashy new theatre was obviously just for show.

So we wandered, admiring the architecture (perhaps the only people doing that),

and wondering what the mysterious “Spreadlove” was all about.

Well that was in Hitchin, 20 years ago. Donny’s Tut is surely a solitary survivor of this much-loved brand. Well done, Greene King, for protecting our pub heritage.

It used to be GBG, and still has a decent range of cask at £3 a pint.

Obviously we had to have the ’80s pop one in honour of Mark. Cool and decent enough.

It’s a corking pub for all ages, at least on a Saturday night, the sort you get in Gosforth or Wakefield. Students avoiding the sick pools of Hall Gate, Old Boys enjoying “Breakfast at Tiffany’s” (the song, obvs) and Stone Roses at decent volumes, a good buzz.

Then it all went a bit blurry.

Ah, that’s better. For the second week in a row, my Saturday night saw grown men arguing over ELO on the jukebox (“Mr Blue Sky“). When did ELO become acceptable ?

There’s a choice of Spoons in Donny. I thought the Gate House would be the liveliest, being tucked down another alley used as an informal latrine.

But “wow” say my notes. It was just scruffy and wonderful, full of real people. A bit like the party central in Winchester without the inflatable dick.

And folk having earnest career discussions.

Mrs RM and I shared the salted caramel cookie dough and four coffees.

By this time it was gone 9.30pm and Matt’s gig had only just started. In fact, he’d left the venue to get a coke and had to get a member of the band to help him back in the venue as he was under 18. So we were in for a late one.

Round the corner from Vintage Rock Bar, the Queen Crafthouse offered craft and a covers band only playing Sheffield music. Hoorah !

How many Sheffield musicians can you name that a three piece can cover ?

Anyway, this was people dancing to Pulp at 11.15pm.

Matt would have been horrified. His night of post-hardcore metal finished at 11.15pm. Hopefully he’ll have learnt his lesson about “Doors Open” times.