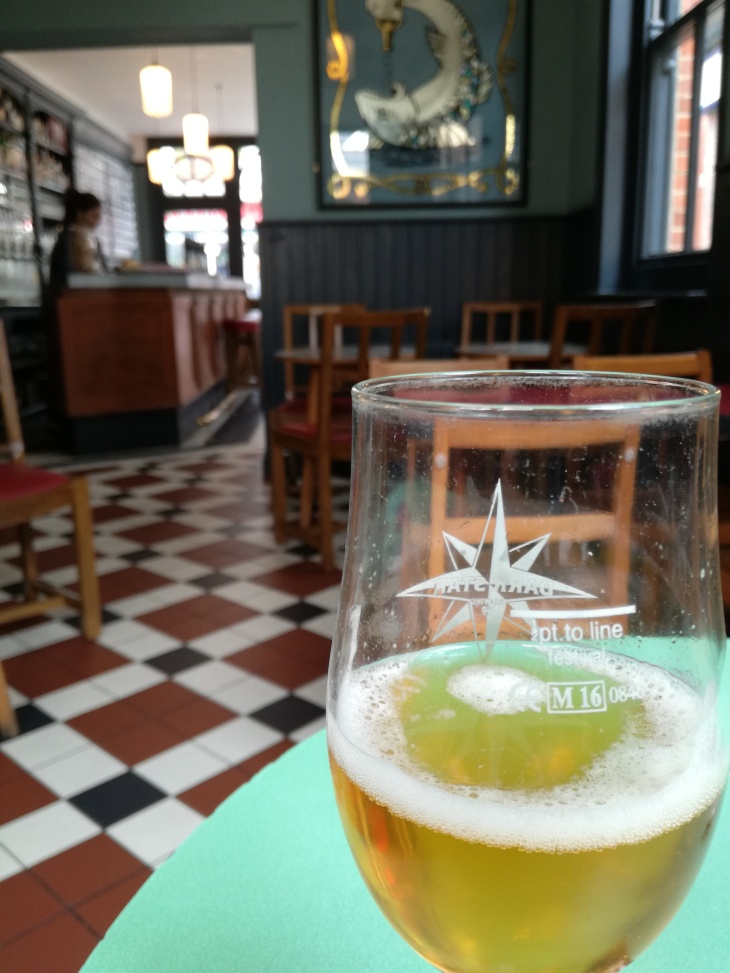 At last a post about a place I haven’t been to for a few years.  I’d be lying to say my postbag is bursting with requests for photos of Horsham Shopping Centre, though weirdly there is a Horsham thread on the Beer & Pubs Forum, which tells you a lot about those weirdy beardies* 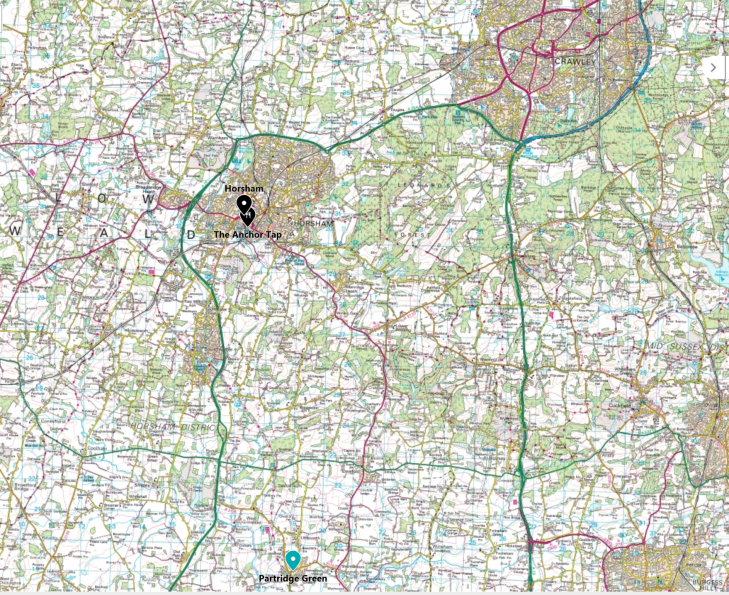 For the benefit of BRAPA,  who is due in Sussex in 2031, I should explain that Horsham is the Bedford of the county, dull and stolid but cocking a snoop at its larger scummy neighbour down the road with its roundabouts and noisy airport **.

My memory rests on some average Hall & Woodhouse pubs, an excellent Spoons, and a shopping centre Mansfield Woodhouse would turn down. 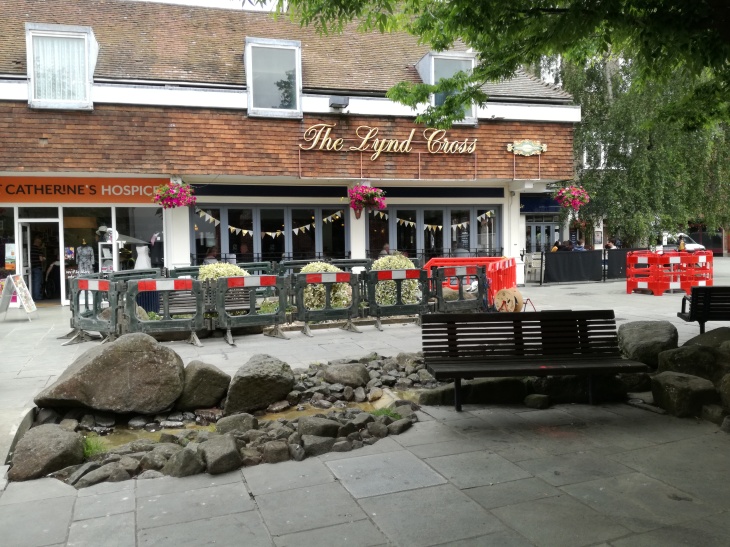 Perhaps I was wrong though, as a little digging (not literally) near the charming town museum reveals a lovely quarter to the south along the Causeway.

In contrast, the redeveloped medieval centre is a testament to 60s brutalism.

The Epsom-like central square is full of office workers, who as you’ll know by now all get their lunches from Pret A Manger in order to kill pubs. Even gorgeous ones. 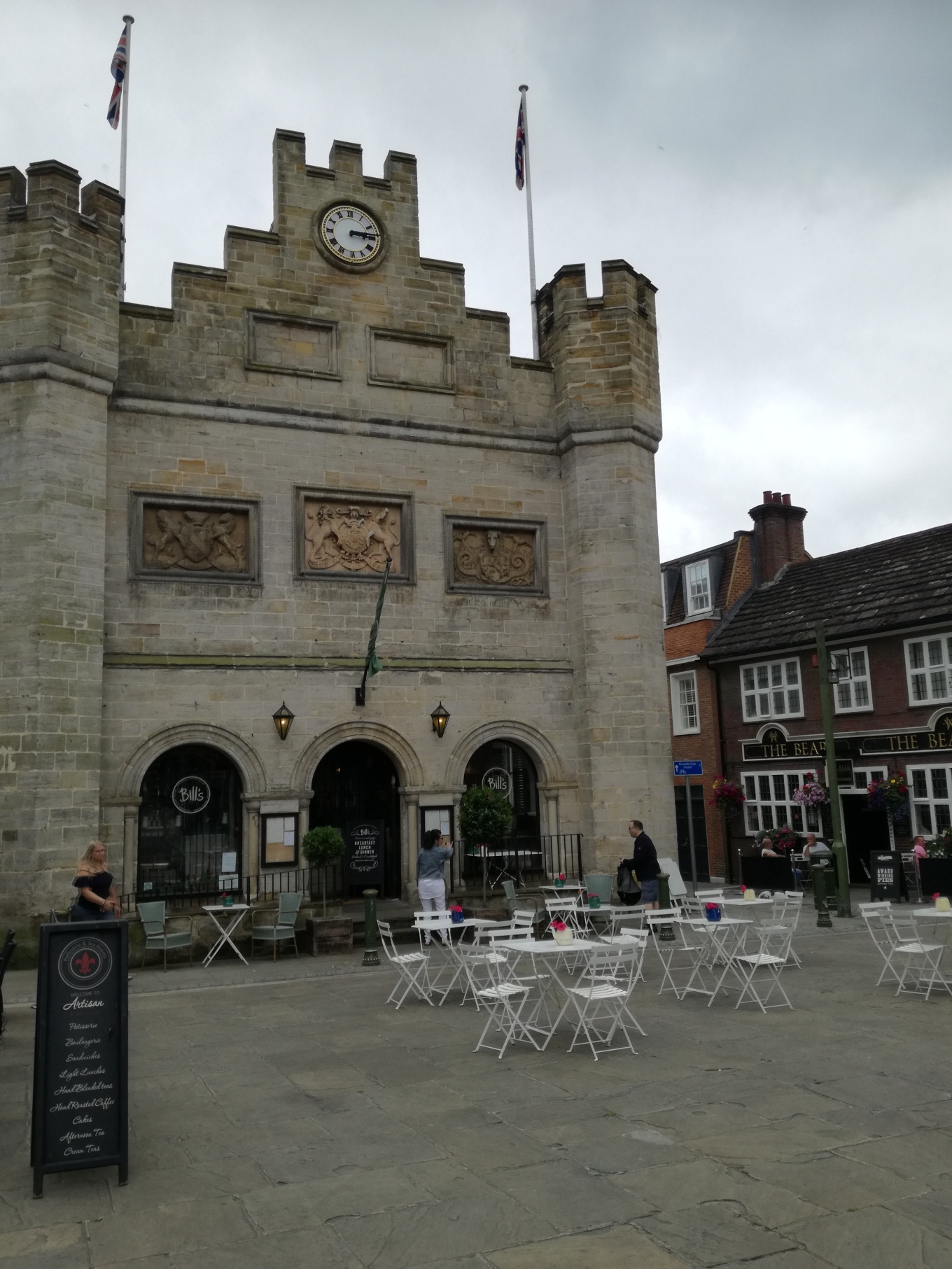 So it was that I had the Anchor Tap all to myself. 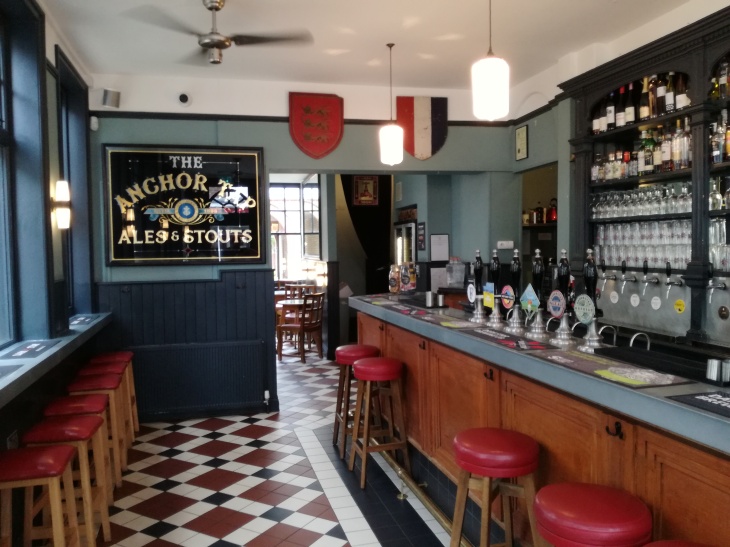 The suits missed the chance to get blotto before a meeting on security upgrades on pints of 6.4% Abyss Deguello, a perfect lunchtime tipple.

I’d have had that, or the Magic Rock, but it would have denied me that crucial GBG tick.

A cheerful barmaid woke from her stupor*** to serve me a half of Hophead and realise I wasn’t going to detain her with banter about beer, Brexit, or Belgium.

I wish I could tell you the beer was great, but it was as OK as I knew it would be (NBSS 3).  Hophead is often great, as good as Citra, but no-one tasting this unfinished half would have been convinced.

In Brighton’s Evening Star it has the advantage of customers who don’t need to go back to the office. Here it clearly doesn’t, at least on Wednesday lunchtime.

If I’d bought Mrs RM this instead of that cool, lightly carbonated keg she’d have hit me.  Simon has met her, he’ll confirm that.

A lot of beers for a tiny pub which doesn’t even boast inside urinals, let alone outside ones.

I cheered myself up with a falafel wrap.  From Pret A Manger. 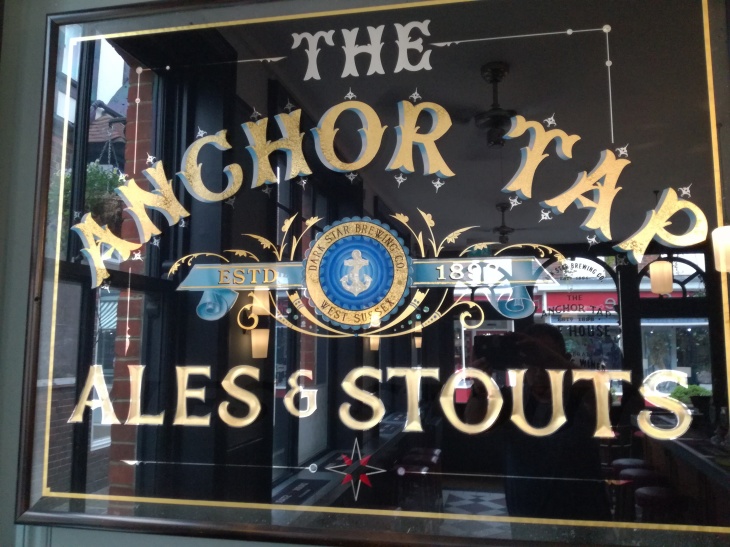 *Sorry,getting confused with another Beer forum there.

**Luton/Crawley – do I have to explain EVERYTHING ?