You may need to be seated for this one. In fact, a stiff drink would help, except that drinking at home is a mortal sin that kills pub.

In the immortal words of I, Ludicrous

“In an empty pub on Monday lunchtime in a handle ”  (Response): Preposterous Tales in the life of Retired Martin !

And here is that pub, the Midland Hotel in Hendon. 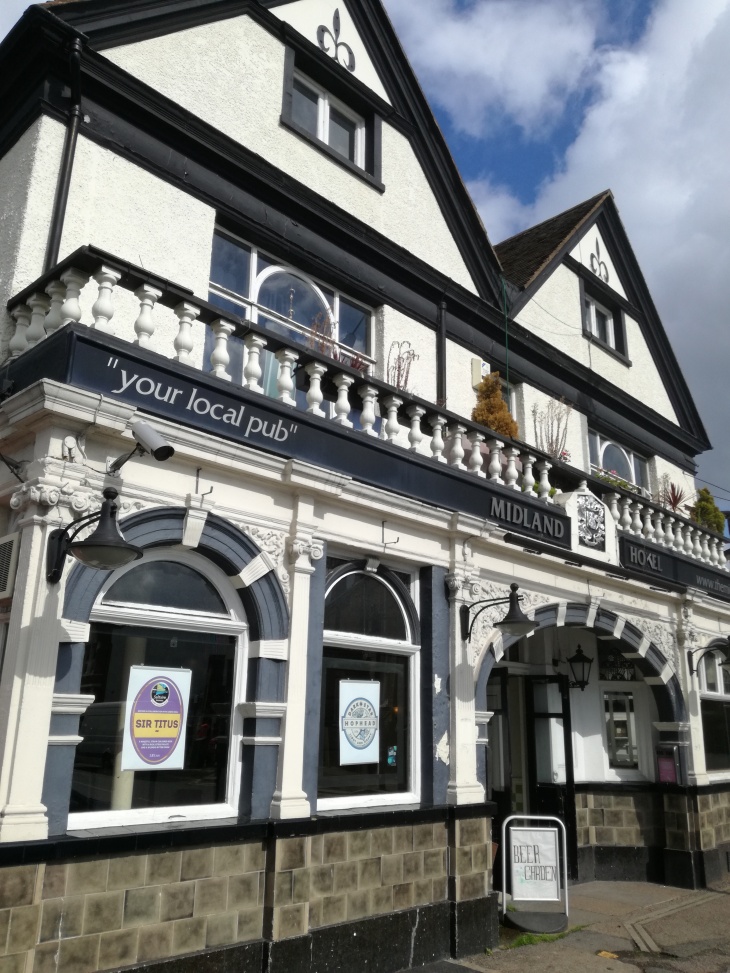 No, I don’t believe it either.

My last pub in the Guide in North-West London. One of England’s great beer deserts once you get out of Kentish Town, rescued only by a string of Spoons (where they haven’t been sold) and the odd Fullers Heritage pub.

But of course, there’s more to life than pubs, and Hendon has a rich cultural offer to compensate for a grim time of it pub wise over the years.

Possibly.  RAF museum to the north, Brent Cross shops below, and the intersection of all of your favourite London roads (M1, A1, A406).

I worked 8 miles north of Hendon in the ’90s and rarely felt the need to explore its hidden treasures, succumbing instead to Borehamwood and Kenton. Today I make amends.

The Midland is just over the M1 from the station, with a top view of Wem-ber-lee, but I had an hour to find something good about the borough.  It took me 5 minutes.

The Town Hall and University sit among a string of interesting buildings on the way to this undeniable classic; 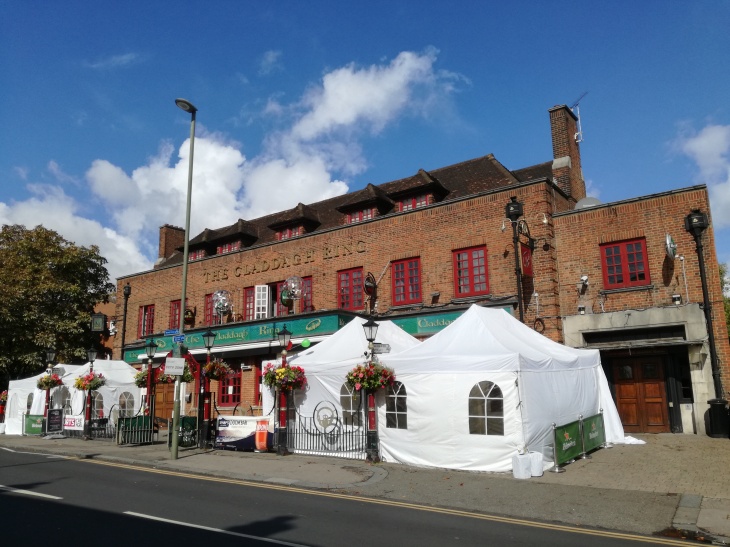 Too early (for me) for a Guinness at the Claddagh Ring, and too late for the sadly departed Chequers.

The Chequers and Young’s Greyhound are the only pubs I know in the gorgeous corner round St Mary’s Church, now seemingly bereft of its local history museum.

I really should have stopped in the reliable Greyhound to test Boak & Bailey’s claims for the new, improved Young’s Ordinary, but a Pub Ticker has to be disciplined.

Along Church Road for the culinary highlight of my trip.

Hendon Bagel Bakery isn’t quite as cheap as a certain outlet in E1, but the smoked salmon in my bagel was caught fresh in the River Brent that morning, apparently.

The main shopping strip along Brent Street has enough basic cafes for any connoisseur, but a dearth of pubs. Plenty of micro pub potential in the closed units, but North London lags way behind the South-east of the capital in the micro stakes.

And then, another gem of modern architecture at Sentinel Square, which really deserves a home somewhere that would love it (like Stoke). 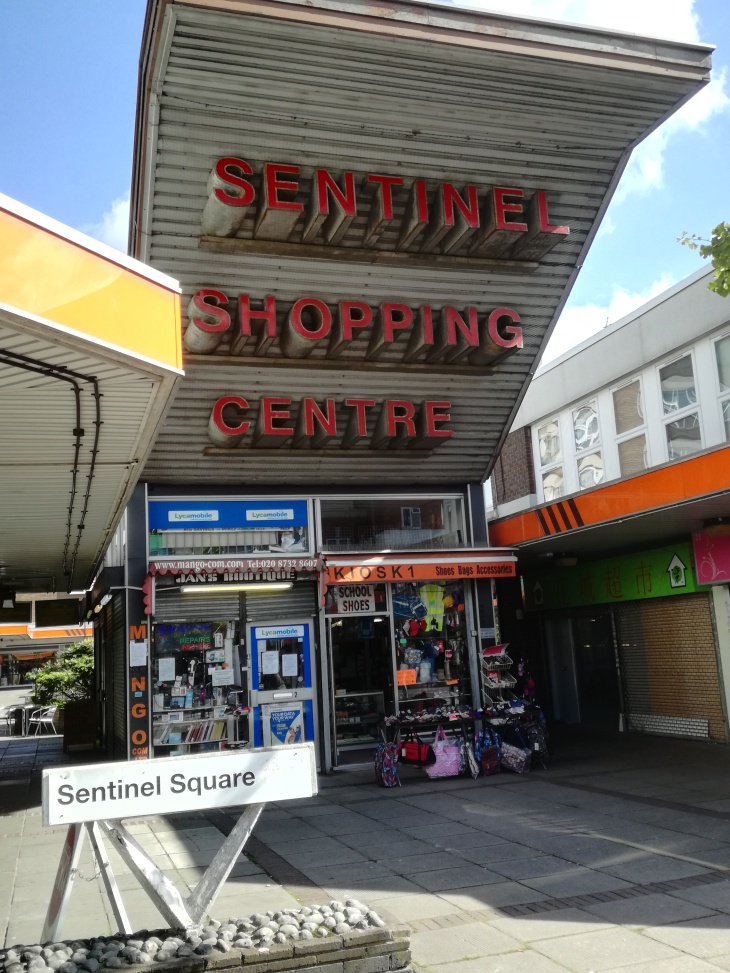 “By now, I had walked up a thirst”

Entering an apparently empty pub at noon, I feared a practical joke by those wags at Enfield & Barnet CAMRA. 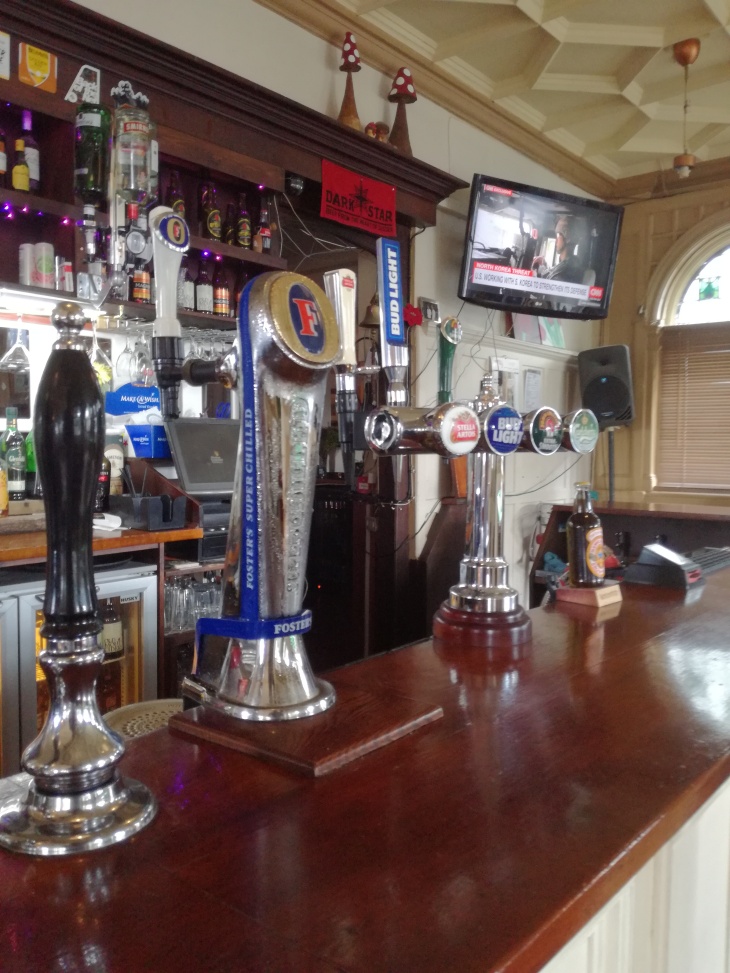 No sign of the landlord, or the real ale mecca promised on WhatPub, just a sad lonely handpump. 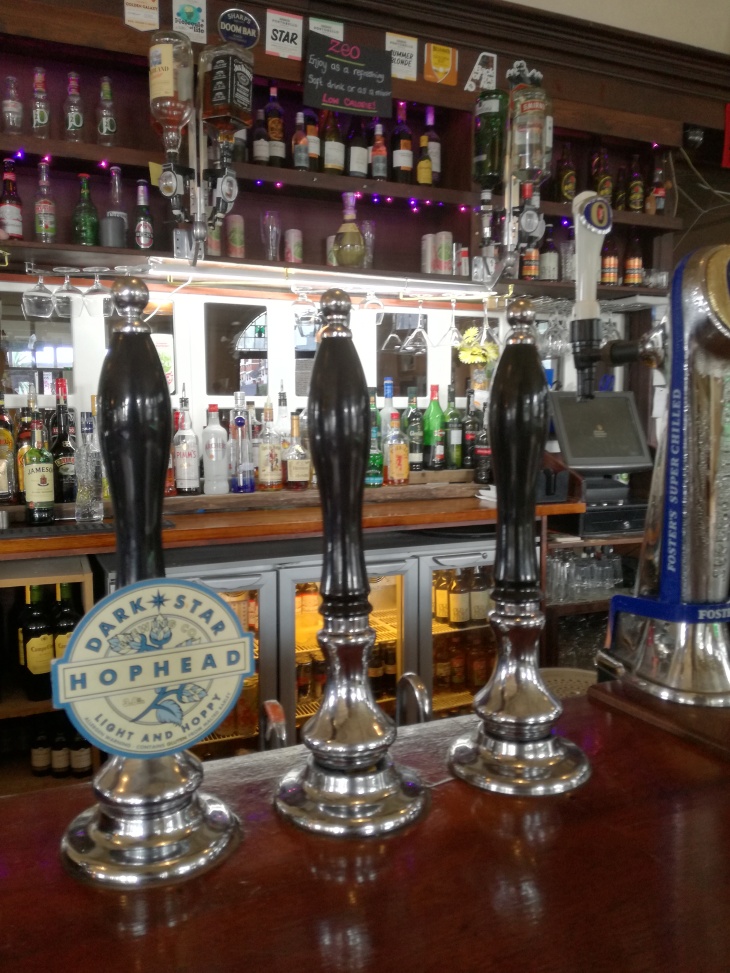 A man in a waistcoat then appeared from behind a curtain, just like in the Wizard of Oz.

“Just a half of Hophead please”

“A half?  I’m not sure we’ve got any half pint glasses”

A long search then ensued, testing all the spirit glasses and tea cups for suitability, before admitting defeat andmeasuring a half into a pint pot.

“No-one’s ever asked for a half before”   Can that be true ?

I found a seat by the window.

And enjoyed the beer of the year, to a soundtrack of Sky News.

Cellar cool, full and rich, stunning. What magic could he work with a good beer, I wondered.

Some odd people came in and fussed about parking, another chap wandered in with dustpan and brush, and I wondered how much use the posh coffee machine got.

“Your beer is superb”  I said, like a fanboy.

“Your good health” he replied.

I’ll probably score it NBSS 4.5, so Enfield & Barnet CAMRA don’t discount it as an outlying score. But truly, it was a 5.

38 thoughts on “A HIGH FIVE FOR HENDON”