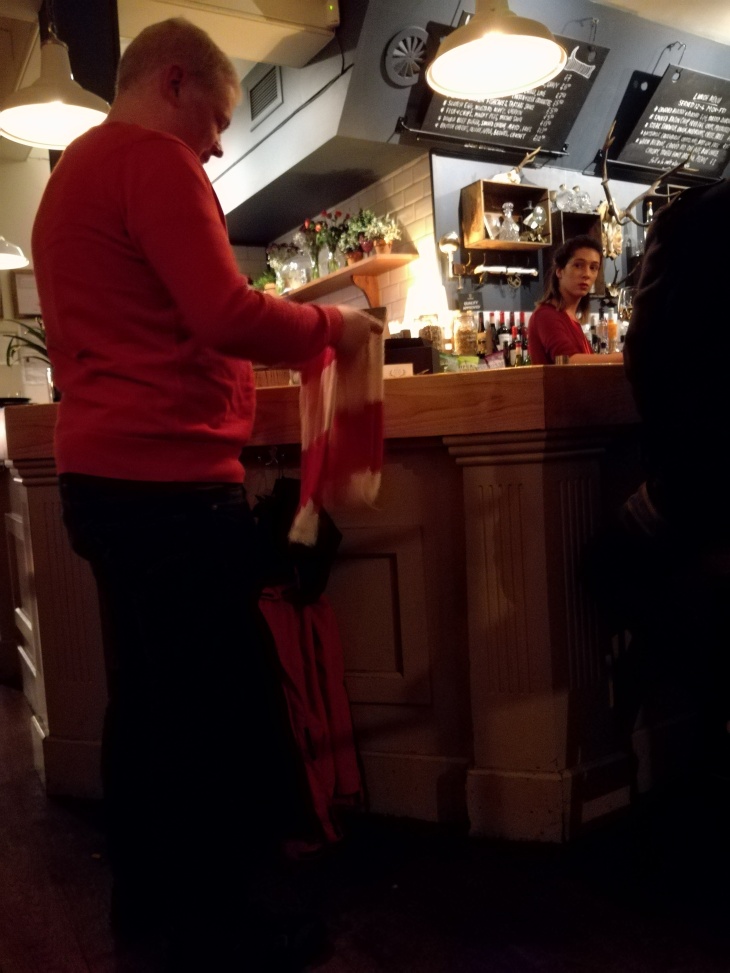 One more London pub for Mrs RM to endure before we met the lads back at Ally Pally, and yet another “attractive but dull” North London middle class semi-gastro, an Islington speciality spreading to the ‘burbs. Not that the Muswell-Finchley run is pub central; 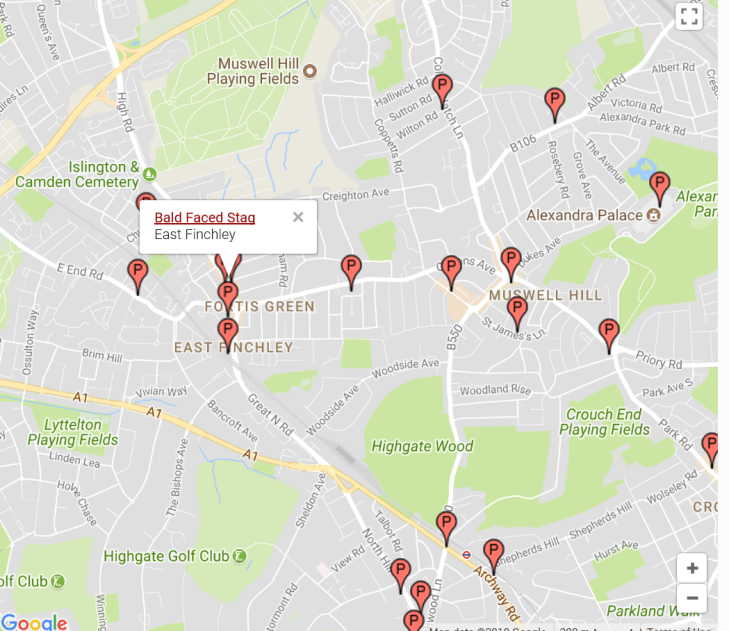 I know I’ve done the Bald Faced Stag because I’ve given it a little tick on my master spreadsheet, indicating decent beer.

Well you can’t go wrong with Greene King IPA, can you ?

Only joking.  It was the Sambrooks Junction, of course.  Always go for the local one (can’t believe I just wrote that).  It was decent, GBG standard (NBSS 3) even, but frankly it could have been Doom Bar. Only pint pulled while we were there, but you guessed that.

Lots of folk in their 30s enjoying the ambiance of an open plan pub with an open plan kitchen, the silence only disturbed by “Don’t You Want Me“* and the arrival back from the Emirates of two Arsenal “fans”.

As this was less than an hour after the final whistle, I can only surmise they left on 76 minutes, which to be fair is the Etihad average as well.

With the benefit of hindsight, there is something deeply pleasurable about watching an Arsenal fan fold up their newly ironed red and white scarves, their New Found Hope about to be dashed on the rocks at Wembley a week later.

A bit of breweriana for folks who like old stuff.

The walk back to Ally Pally passed one attractive sight,

and Mrs RM stopped at the Mossy Well for a nightcap.

The Mossy Well had lost the metalcore custom, but for a 3rd time was heaving. The custom had switched from cask and cider to shots.

Makes you wonder why Tim sold his first Spoons here all those years back.

*Note to Mark Crilley:  Any pub playing “Don’t You Want Me” on a Saturday night in 2018 is beyond hope. What’s wrong with Dire Straits ?