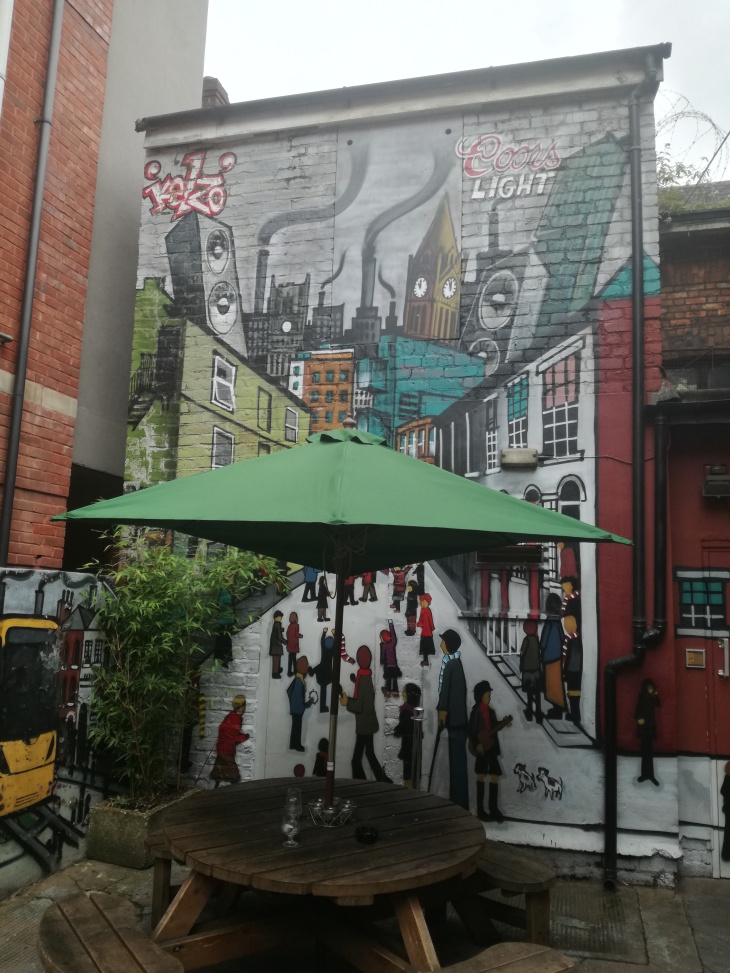 If Manchester has a seemingly endless supply of potential GBG entries, the neighbouring city of Salford seems to have slipped a bit of late. Though it was never over-endowed with real ale pubs, as the WhatPub extract shows.

In recent times we’ve lost the famed Crescent and Racecourse, and seen the Black Lion, Star, Salford Arms and King’s Arms slip from the Beer Guide.  And the Mark Addy, just about Salford, is looking very ill these days.

The isolated Holt’s classic that is the Union Tavern lives on, but of course one-beer pubs don’t get in the Beer Guide anymore.

So you’re left with the New Oxford, a beer exhibition, and the Eagle, which rivals anywhere over the Irwell as a venue for new music.

And the Egerton Arms, a pleasant walk along Bridge St via this lovely alleyway. 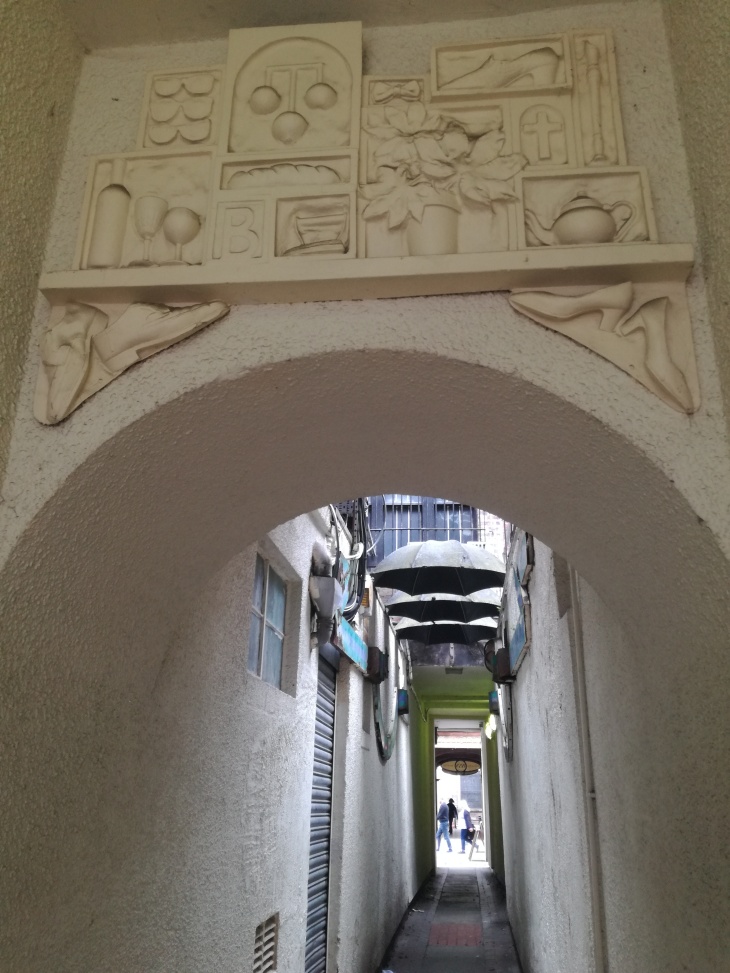 This is a pub I nearly popped in last time I was at Salford Central.

Outside, entrance framed by smokers, it screams “Salford Holt’s pub“.  Inside, the bar (at least) tells a different tale.

Now, I really hope that the GBG entry hasn’t come as a result of free house status meaning lots more shiny pumps on the bar.  That sort of thing doesn’t happen, does it ? 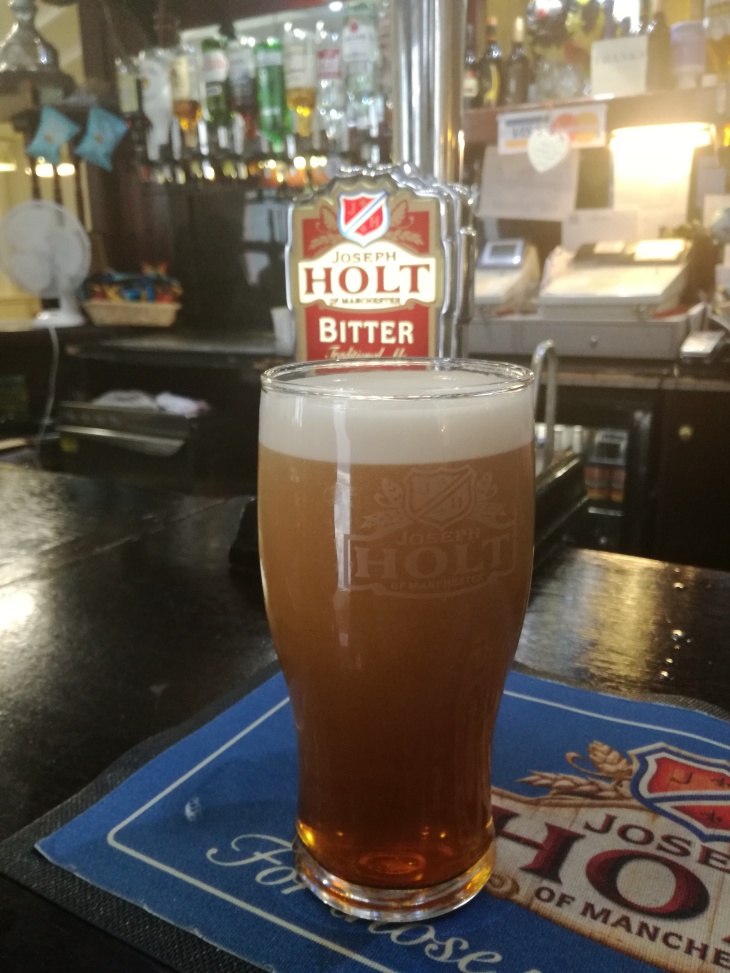 Anyway, it still looks a Holt’s pub in every other respect, and despite the undoubted quality of the Hawkshead and Phoenix, you drink the Bitter here, and not just because it’s only £2.70.

And you drink it in pints.  As in Hendon last week, I didn’t see much call for half pint glasses. 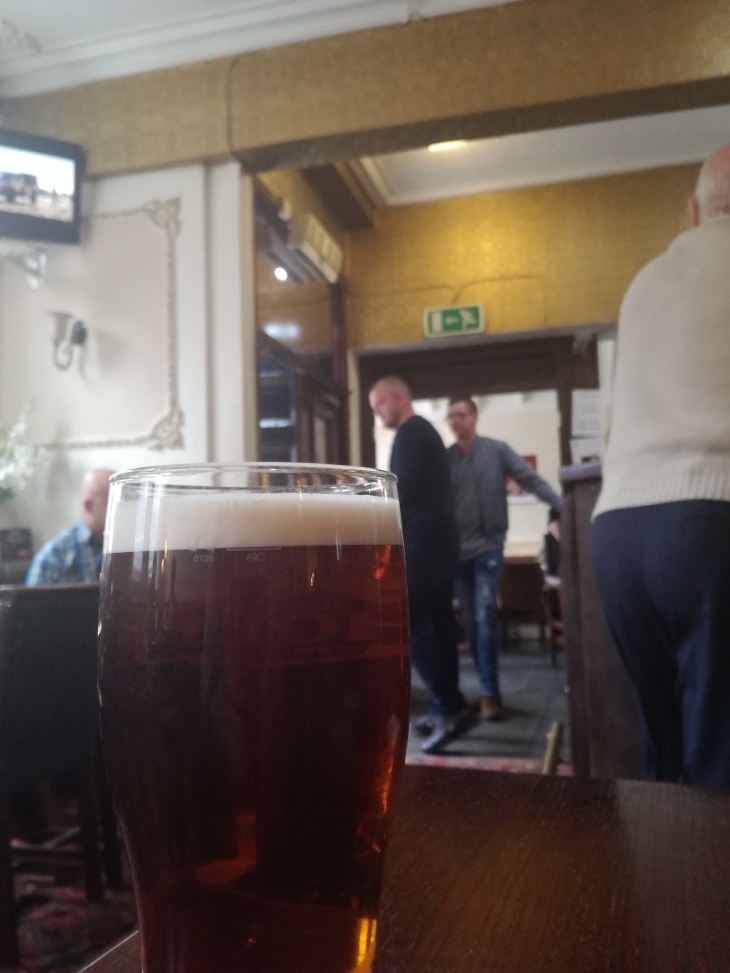 You may have noticed my report from the Terrace yesterday didn’t contain much banter.  In fact the only sound was that of Mrs RM giggling at GIFs on Facebook.

The Egerton is closer in feel to last year’s Holt’s classic than the Eagle.  A working man’s (or betting man’s) local of GBG ’74 description, with bench seating, proper tables, and beer served at the right temperature (NBSS 3).

You can’t always be sure, but I suspect I was the youngest there. And had most hair.  Mrs RM will know how improbable that was (she was safely in Selfridges).

As Stevie Nicks probably sang on “Sara”, “The lacing, look at the lacing”.

3 thoughts on “A HOLT’S ACROSS THE IRWELL”