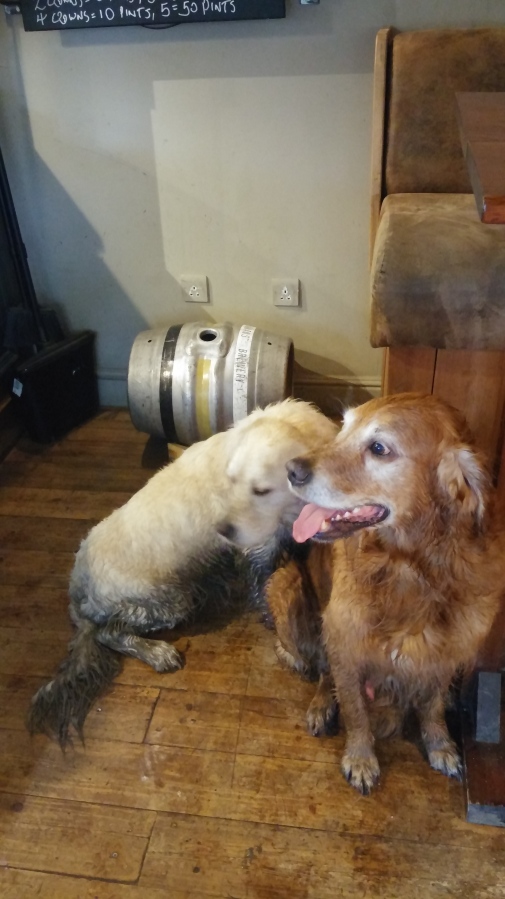 Weston Super Mare was eager to highlight its famous sons, but I only showed you Mr Cleese when I reported on my visit the other week. Lord Archer is its other claim to fame;’ I still can’t picture Jeffrey as the Brizzle Rovers fan though.

Jeffrey’s books and plays have entertained me intermittently over the years, and I was always pleased to hear he allegedly frequented the more basic of the local pubs, until it was cruelly converted into an Indian restaurant.

He now lives in the Old Rectory, the most famed of Grantchester‘s many attractive houses, and the subject of Rupert Brooke’s wonderful poem from the front.

The short riverside walk from central Cambridge to Grantchester is the classic afternoon excursion for students and bewildered Japanese tourists, hoping to conjure up some of the atmosphere evoked by Pink Floyd on Ummagumma’s homage to the meadows.

It’s also very dull, and provides no exertion to justify the inevitable cream tea at the eponymous tearooms.  Much better to walk over the M11 for a few miles towards Barton, which does at least have a few points of interest on the OS Map and the wonder that is the Hoops (a rare no-food pub in Cambs).  The walk past Byron’s Pool will, of course, take you to a Waitrose.

The village has kept its four boozers, which is something, even if the three central pubs are as reliant on food as you might expect. But there is some good news.

The Green Man and Red Lion stand side by side, the former the pubbier and a deserved Beer Guide entry of late, with superb Adnams best enjoyed in the garden backing onto the meadows.

Historically, the Red Lion has been the slightly grubby family pub, complete with indoor play area at one point.  It’s just been refurbished (again), and my sister eulogised a particular beer when she popped in recently.  She rated it NBSS 3.5, which I had to test.

Jo C’s Stout Robin isn’t a beer I’d have picked, but Sis was right, it was really well presented (NBSS 3.5 for me as well Sis), albeit served in a half pint tankard and a Waitrose-magazine style setting.

That beer range isn’t exceptional in Greene King houses with extended ranges, but still pretty good. As I’ve commented recently, Greene King are doing some good things in Cambridge at the moment.

I’m no dog lover (sorry, Nick), but there was something very pubby about some South Africans bringing theirs into the pub after a walk, which suddenly felt much less gastro.

Elsewhere in Grantchester, the very basic terraced Blue Bell is in new hands and looks worthy of a visit.  The Rupert Brooke is now firmly in restaurant territory.

5 thoughts on “IN GRANTCHESTER”