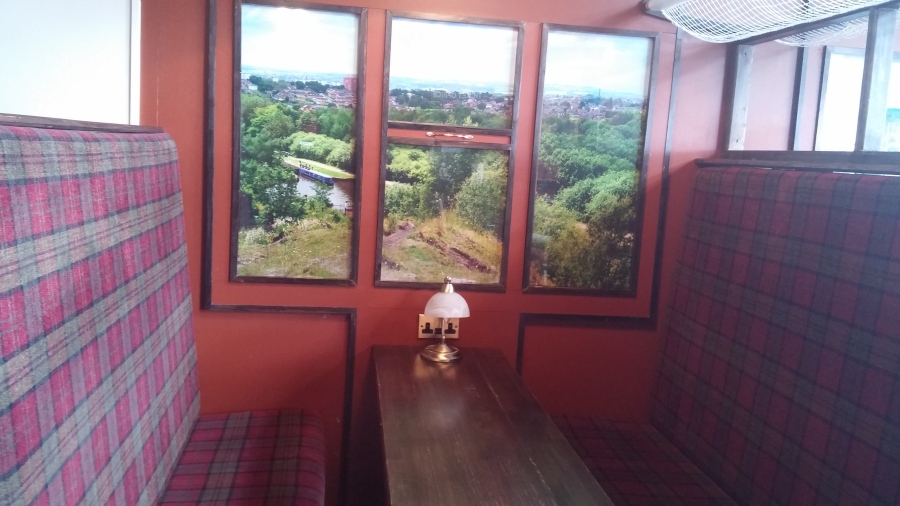 This week at the Manchester Beer Fest I met the amiable Nick, a pub fanatic from the States via Erlangen.  He’d been to many of Greater Manchester’s famous pub towns, and was later found (obviously) enjoying Stockport.  I recommended Wigan for his next trip, and think he’s just found it great as I did recently.

I love Wigan; you probably could have guessed that. Last Summer I ended my first 25 mile walk there, walking most of the suburbs in a way that you wouldn’t contemplate in the featureless East, and collapsing in the impressive new Premier Inn.

The parks, from Haigh to the Flashes to central Mesnes, are consistently beautiful, and then there’s Worthington reservoir (strictly Standish).  People talk to you, beer costs less than £2.50 a pint and you can get a pie on a barm, as well as good Thai and Italian food. 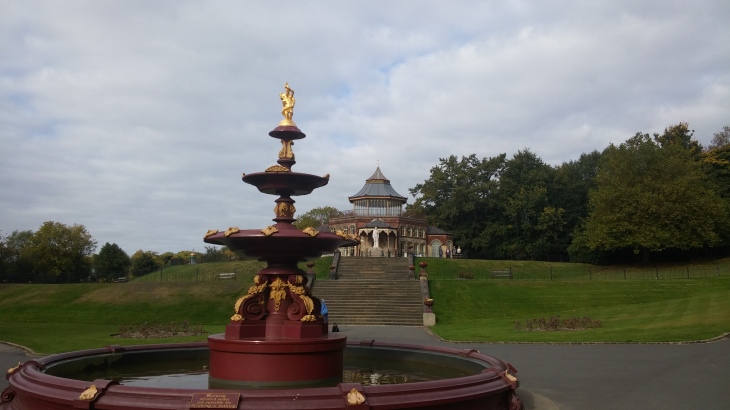 The town has come a long way in the 20 years since it I first visited Springfield Park, and the town had a somewhat faded allure.  In those days the Beer Guide was full of Burtonwood (Pear Tree), Tetley (Springfield) and probably Greenalls, and very good it was too after a soaking on the terraces.

The last 15 years have seen the modernisation of the football, the pub scene, the Wiend and the shopping centre.  Their Grand Arcade is better than it’s overrated namesake in Cambridge, but they’ve managed to keep their Victorian arcades.  Wigan is a Victorian gem.

After a period when their pub scene seemed to be dominated by vibrant nightlife venues (Berkeley, Boulevard, Tudor House), Wigan has got the micro bug of late, and it does micro-pubs very well.

I missed the highly-rated Tap’n’Barrel on my recent visit, but Doc’s Symposium and Wigan Central were high quality. Prospect to my mind are one of our most underrated breweries, and their seating in Central as characterful as anywhere outside a Sam Smiths pub.

Elsewhere, I much enjoyed the décor at the Raven and John Bull’s Chophouse, the latter being the best advert for Thwaites I could recommend you. 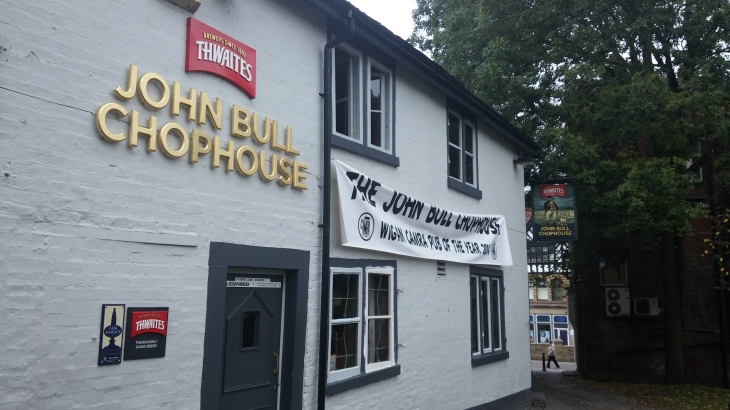 And no mention yet of the Anvil, one of the UK’s best drinkers pubs.  All Wigan needs now is a bit more variety in the suburbs, and the revitalisation of the Orwell.

I miss the proper boozers of Standishgate – the Royal Oak, Millstone & Bowling Green were minor classics, all now replaced in the Beer Guide by more modern bars and micro-pubs, but Wigan still has a rich and varied central pub stock that would be the envy of most towns

9 thoughts on “THE TRAIN TO WIGAN BEER”