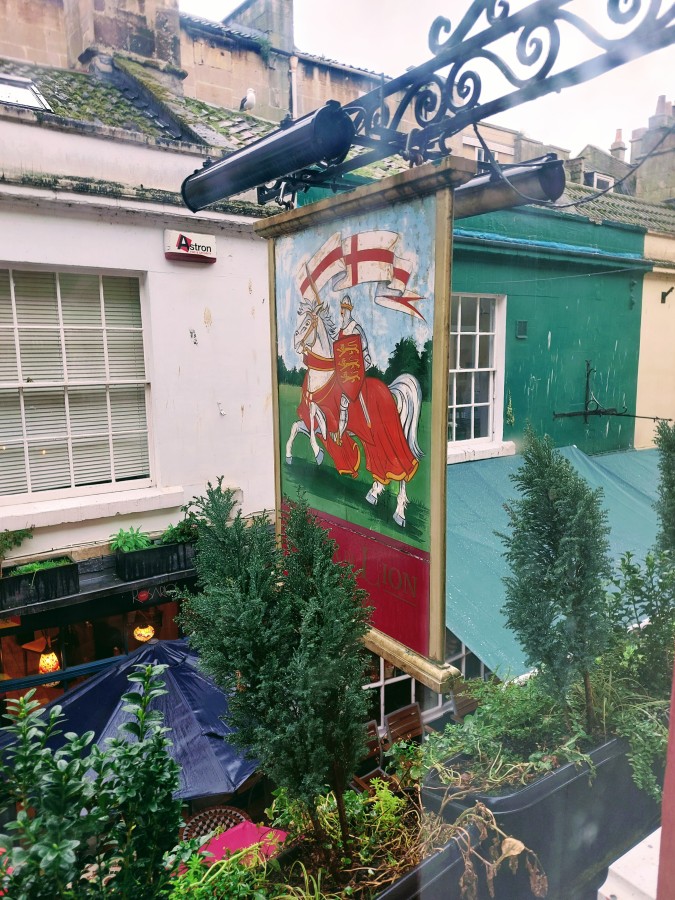 Our group of Codgers now numbered four; Oxford Nick, Frome Jon and yours truly, and we were joined in the Couer de Lion by Hook (but not Hooky) Mick and Tonbridge Paul, who was walking all the way to raise funds for his local CAMRA to promote Doom Bar.

Not sure why we didn’t do this tiny gem in 2018, I guess as in Manchester you don’t do the Circus on every trip.

We should have left the Crystal Palace sooner, at 11:55 the Coeur was packed,

but the steep stairs seemed to be deterring folk from the upstairs room which we then had to ourselves.

No-one likes the upstairs room. See how often they’re deserted in micropubs. But this one has good seating and a view down to the street,

and access to a complete set of Good Beer Guides (discuss “complete”).

You probably assume I have a complete set, but I’m a minimalist and chuck them all when the new Guide comes out, but there’s no question I’d take a GBG from any year as my Desert Island book, probably in place of the Shakespeare.

I almost certainly wouldn’t take the Abbey Ales Bellringer as my Desert Island pint, but it was good enough. Someone in our group, let’s call him “Nick“, went straight for the 6% “Cardinal Sin”, which was almost as daft as forgetting to eat lunch.

“Are you going to nick that 1975 Guide ?” asked one of our group, seemingly prompting a succession of folk to come up the stairs and stare menacingly at me.

But there is only so much use that can be extracted from a list of Sheffield pubs serving Ward Bitter on electric pump in 1975.

Now, if there had been a pocket sized Bass mirror…