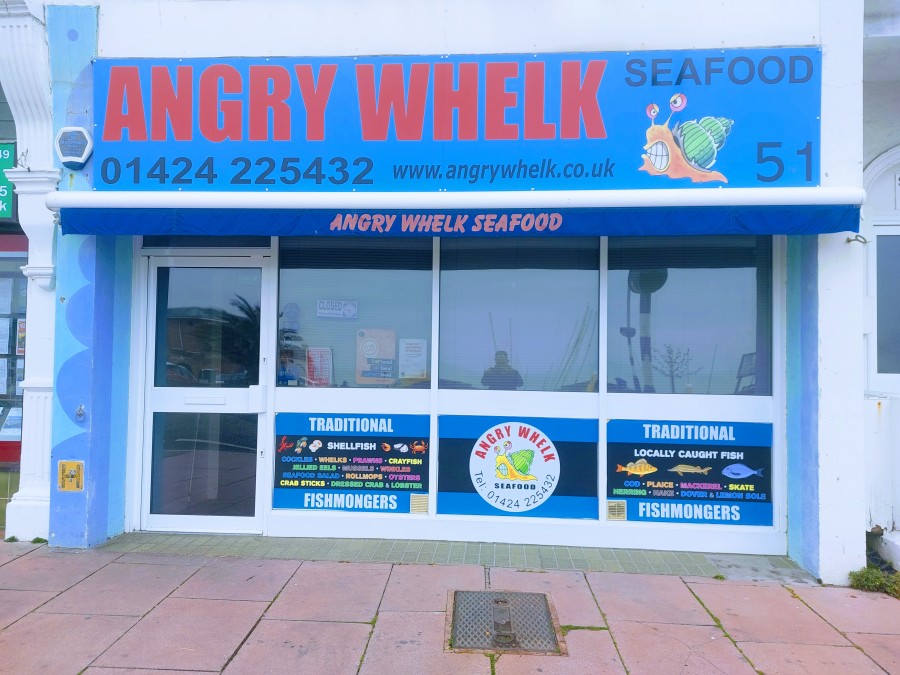 Although our mission to Kent was largely crisis management, it would have been deeply negligent not to get a few ticks in when time allowed.

Southborough has a great Chinese takeaway but you have to make a sturdy 20 minute walk to the nearest railway station at High Brooms, former centre of the clay industry and now a place with all of Tunbridge Well’s retail parks accessible via a tiny lane.

The line from High Brooms takes you to Hastings (calm down, calm down) and then a short hop to Bexhill. Yes, staying in Kent, ticking East Sussex. You can tell you’re in Sussex, they’re all ANGRY; even the whelks.

I’d only been to Bexhill once before, just before I started this blog, visiting the Royal Air Forces Association club that’s a Guide perennial. Bexhill is a clubby sort of place;

Not much interest in the seaside on the first day of March, as the largely genteel population stick to their cafes and hearing aid shops.

The Brickmakers Alehouse is, of course, a newish micro tucked between antiques shop and the local MP’s office. There’s a joke somewhere there I’ll leave to Scott.

Micros are made or broken by the folk who run them. After all, you wouldn’t come here for the seating.

But the chap pouring my lovely 360° Tacoma (NBSS 3.5) was a gem, joining me and the other drinker at the “proper seating” to chat beer.

I was able to assure them that the “Mersey Mild” was from Stockport, not Liverpool. The chap checked. “On the money !“. They seemed astonished I’d been to Stockport.

“I’m not a mild man” said the bloke surveying the beer screen. He was, though, and great company.

OK, it’s a little beery, but I got some great tips on other micropubs nearby, which I shall be publishing in 8 volumes starting Thursday.

He also gave me a tip to phone up a particular micropub before visiting as opening hours may be erratic. Use the phone ! What nonsense !

5 thoughts on ““ON THE MONEY” IN BEXHILL-ON-SEA”