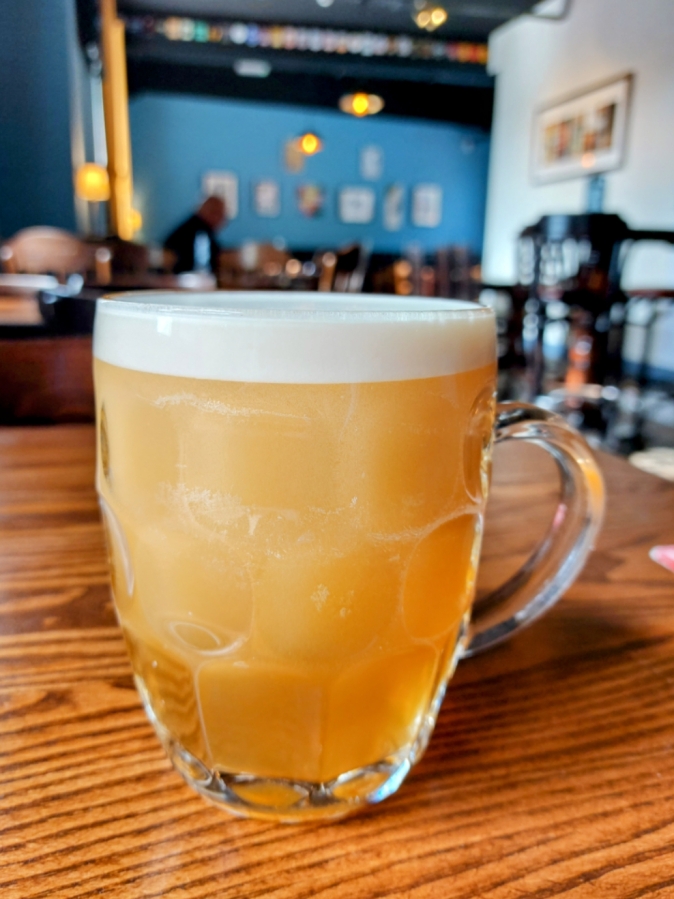 My last “Greater Manchester” tick came before City’s thrilling draw with Southampton, and may be seen as a tad contentious.

So my plan to do Urmston properly, perhaps take a week’s holiday here and declare it “the next Didsbury” will have to be put on hold.

Instead I’ve just decided to take the easy tick at the Barking Dog, declare GManc done, and no doubt come back in November when I’ll find out the TRUE story of the Urmston seal, get Mrs RM to join me in the Lord Nelson for a pint of Holt, and find at least two new micros opened since August.

The Barking Dog is a bit macro-micro. I couldn’t quite work out what it was pre-pub conversion;

There were a few drinkers on the table outside (hey, it’s Manchester, it was warm and sunny), but quiet in the pubby interior apart from the opening chords of “I Am The Resurrection“.

I always have a pint to finish a “county”, and it’s nearly always good, so no surprise the Beatnikz Republic Beach Bum was a cool, foamy, murky marvel of a beer (NBSS 3.5).

But it was too quiet, and all I could do was contemplate the shock new that Jason Donovan will be joining Elbow to sign Stone Roses classics, and admire the decor, including one of those brown wall clocks we left behind in the ’70s.

And then, just as the Roses faded out, so did my pint, but Manchester never will.

And one more thing.

How come only two men are allowed in the Gents,

10 thoughts on “TO URMSTON, TO COMPLETE GREATER MANCHESTER !”