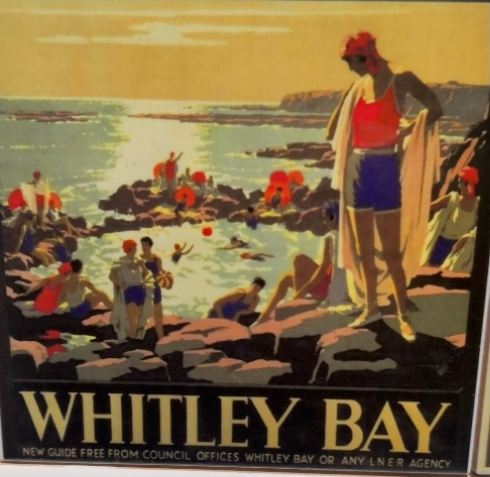 Whitley Bay, the Margate of the North ? Or the new Folkestone ?

It’s gone all posh, hasn’t it ? Ever since Mrs RM and I came here 15 years ago, admired the beach and mispronounced Tynmouth, it’s seen an influx of young people with ribbons in their hair opening bars named after animals with “Tap” in the name.

But the tradition of parking your car outside to ruin my photo persists.

Some lovely architecture to linger over,

but it was drizzling, despite the presence of two of the righteous, so we didn’t dither on the way to Spanish City, the recently revived centerpiece on the seafront; Whitley Bay’s Piece Hall if you like.

Well, who’d have guessed what’s inside ?

Not only did Dire Straits reference this in Tunnel of Love,

it also just beat Brunning & Price for poshest hand wash of the year.

We had a micropub to catch at 2pm, or I’ve absolutely no doubt I’d have bought Mrs RM a gass (flute ?) from the Champagne Bar. Five points for guess what’s on the turned-round hand pump.

Our micro didn’t seem too interested in opening on time (boo !), let alone early like they do in Lancashire, so I dragged Mrs RM for a bracing bit of sea air.

Looks quite appealing here, doesn’t it ?

Next up, beer and chips and sausage too.