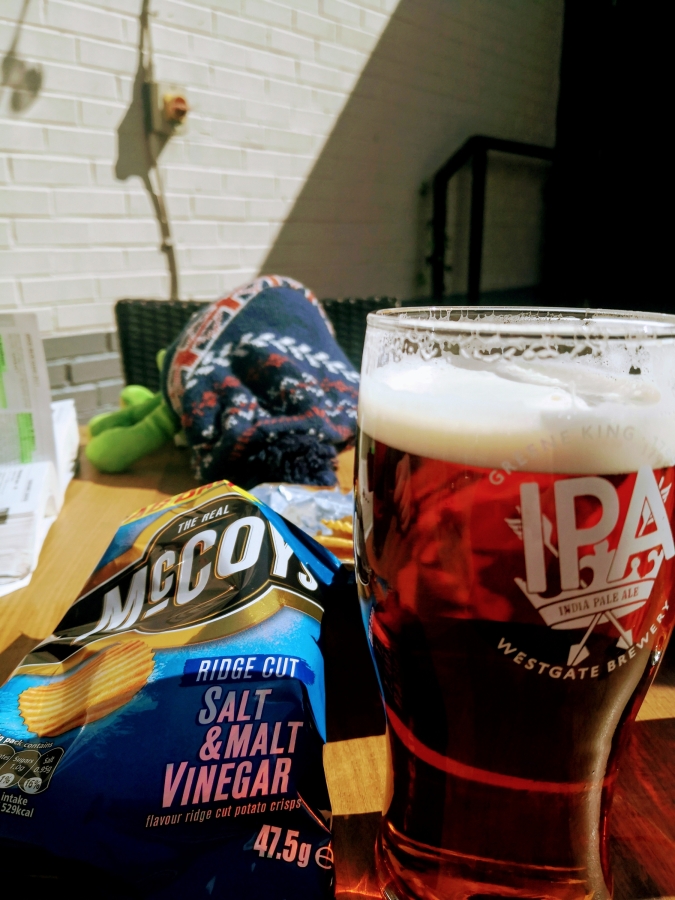 The sun came out, pubs welcomed you back to their bosoms, and a smile returned to the UK. Except we couldn’t see that smile behind the 50p masks.

We left the Roland and made for the Little Mester just over the M1 but still firmly in industrial Rotherham.

But on 21 September 2019 it had been so dull and, er, “Greene King suburban diner” I didn’t bother blogging it.

What I’d have given for even weak blog material like that a month ago. But I DID mention it in passing; see if you can spot it here.

On the drive I entertained Simon with stories about the time a John Smiths pub in a Rotherham village called Laughton-en-le-Morthen got in the Guide.

He didn’t believe there was such a place;

Simon was still contemplating butterflies as we attempted to read ALL the signage.

We were shown to a table away from the FUN, and told to use the Greene King App.

I ordered Black Sheep for Mrs RM; it was off so Greene King IPA it was.

I ordered 2 packets of pork crackling, the only snack, but they were off too. So McCoys it was.

Colin the Cauliflower emerged from hiding, we compared notes on how ignorant Southerners were of the North (some of them have never been to Mansfield, ha ha), and enjoyed the best IPA in many a long year.

But the obligatory toilet visit (no extra charge) brings a view of the bar,

One handpump dispensing GK IPA, a mini goal, and Colin on the crisps; nature is healing folks.