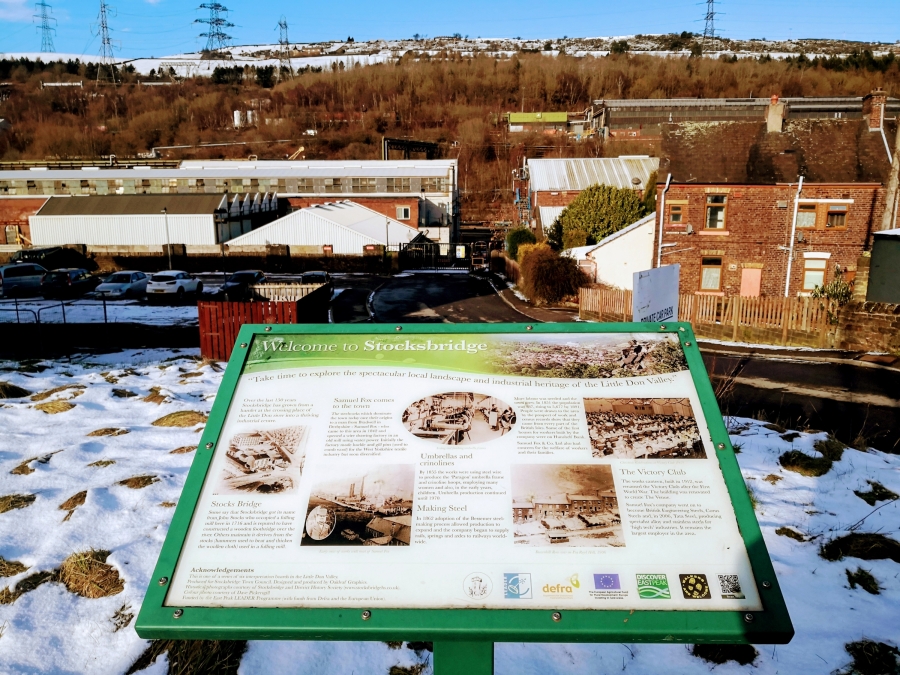 A bit more exploration of northern Sheffield, as we head to Surprising Stocksbridge.

Yes, a bit further than I expected; I thought it was just north of Hillsborough beyond the picturesque villages of Oughtibridge and Grenoside, but as the A61 became a bit, empty, I wondered if I was pushing my luck.

Luckily, I was well outside of Derbyshire, and Stocksbridge was deserted, but welcoming, particularly to blokes in lycra on bikes.

Yes, this is where they stop on the Tour de Yorkshire for their potato and pizza, and a pint of Pale if the pubs ever come back.

I’ve driven past on the A628 to and from Manchester 763 times, admiring the domineering Steel works and wondering when it’ll get a Spoons or micropub in the Guide.

Sadly, 13,000 odd people seem to have very little pub, just a retail park and a football club graced by Vardy (and Waddle) in years past.

The 1920 Cinema is now a curry house, so that’s one future venue for a Spoons or Brunning & Price already taken,

Across the road IKON looks completely out of place. I assume it’s a cultural venue with Abbeydale on tap; but it’s a church.

One long road of plain shops, stunning views to the hills, and abandoned cushions.

And only one obvious town centre pub. What DO people do here ?

Looks worth a return trip, might even have a Sharps beer (can I suggest one ?).

Half a mile towards the reservoir, dangerously close to the Peak, there’s another one which resemble a car park. Not sure for what, or whether the Silver Fox (named after former Irish/US soccerballer Ed Kelly) will be back. We can dream.

A mile west, it got very cold suddenly. Minus 3 said my phone. It also said I was in Barnsley, which was worrying.

Is this the Barnsley flag ?

There was more to explore, a Garden Village and houses like this one;

But you’ve had enough excitement for now, and my fingers nearly fell off opening the car door.

17 thoughts on “STOICAL IN STOCKSBRIDGE”