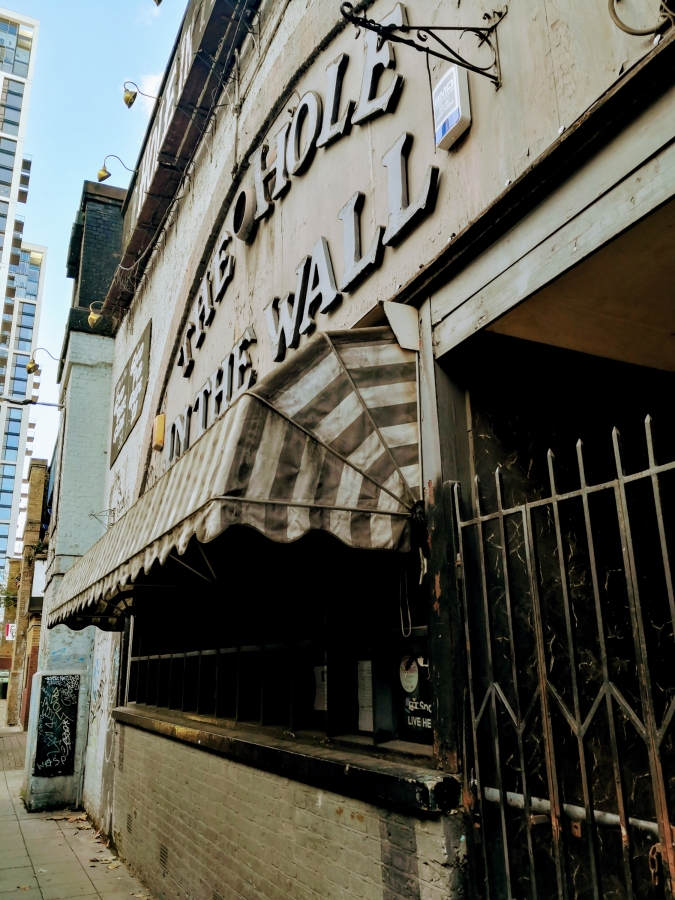 Lockdown (2) Eve. Onto Pub No. 4, as I moved level with BRAPA on eight November ticks (but can I edge ahead ? The tension !).

Another 20 minutes from the Ring, past Waterloo and over the Golden Jubilee Bridge (never knew they were called that) to Strand.

A bit of dawdling on the way, with some nice art at the Young Vic,

and a first coffee of the day from Volcano on the edge of Waterloo station.

Not a great experience standing up, but a rare HOT double espresso that earnt the plaudits Volcano gets.

Many years ago I used to have the joy of occasional meetings in grim Department of Health buildings in Waterloo and Elephant and Castle, nearly always involving a bollocking because we’d been underfunded overspent in the East of England.

I always needed some uplifting architecture after that,

and a pint under the arches before the trip home.

These days Waterloo feels oddly under-represented in the Guide these days; just the venerable King’s Arms and the Tap, with the Hole in the Wall awaiting a refurb. Still.

Sad to see the station so quiet, even it that means you can dawdle without getting knocked over for the first time since 1837.

Last time here I enjoyed a memorable night at the Royal Festival Hall, with what can only be described as a Waterloo Sunset (great potential song title).

Making (another) mental note to revisit and do the Fuller’s pubs on the South Bank, I headed north.