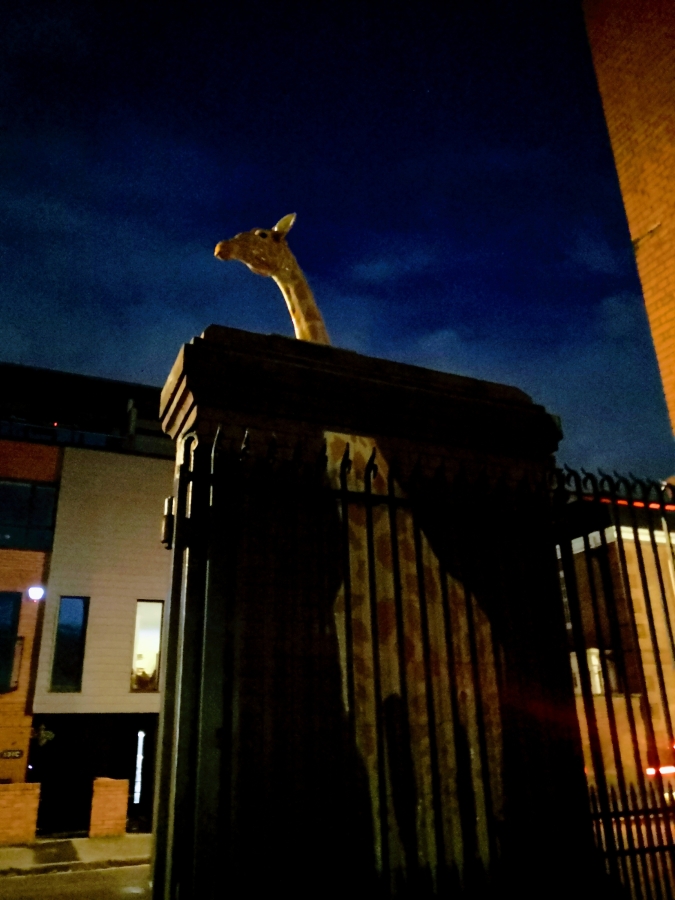 Colin the Cauliflower may be cuter, but Baa Baa Toure now has a fan in Saudi Arabia. At least, I assume he’s the reason a Saudi would log on to this site.

Baa Baa was delighted to see my Gloucestershire section fully pinked after a last triumphant march from the Coronation to the Tobacco Factory, via the eerie streets of Bristol/Bed Monster/Southville/Ashton/whatever.

It’s always a delight to have Mrs RM with me on my ticking trips; she drinks the beer while I “tick with a sip“, as Florence & The Machine sang in 2009.

The only problem is that ginger beer and coffee and beer don’t mix, and walking at Mrs RM pace when you need the loo is an ordeal.

Five minutes away from the Tobacco Factory, I ran ahead, shouting “It’s the pub with the giraffe”. Possibly the first time anyone has said that (See also : Headington, house with a shark).

The loos were accessed through an outdoor area, and I noted with relief that it all looked very quiet, allaying my fear that pubs would be full on a Saturday night in Bristol.

After catching up with Mrs RM, who’d walked straight past the giraffe and was halfway to Ashton Gate, we reached the sanitation and sign-in point, or “entrance” as it used to be known.

“There’s another pub across the road” said Mrs RM, missing the point entirely.

As at Whitby, I brazened it out, and was rewarded a mere 10 minutes later with a table next to the stage (!).

Well, what do you expect a pub called “Tobacco Factory” to look like ?

Exposed ducts, a couple of casks (Fortitude NBSS 3), some Bristol Beer Factory keg, a hum of 20-something noise, you wouldn’t know we were in a pandemic. We celebrated completing Glos. with a shared rumbaba.

The staff were great, as they always are, and deserved rather more than the mess of silver I left for a tip. It’s awkward when places only want payment by card but you want to leave a tip. “And your own” doesn’t really work.

Well, no, of course not.