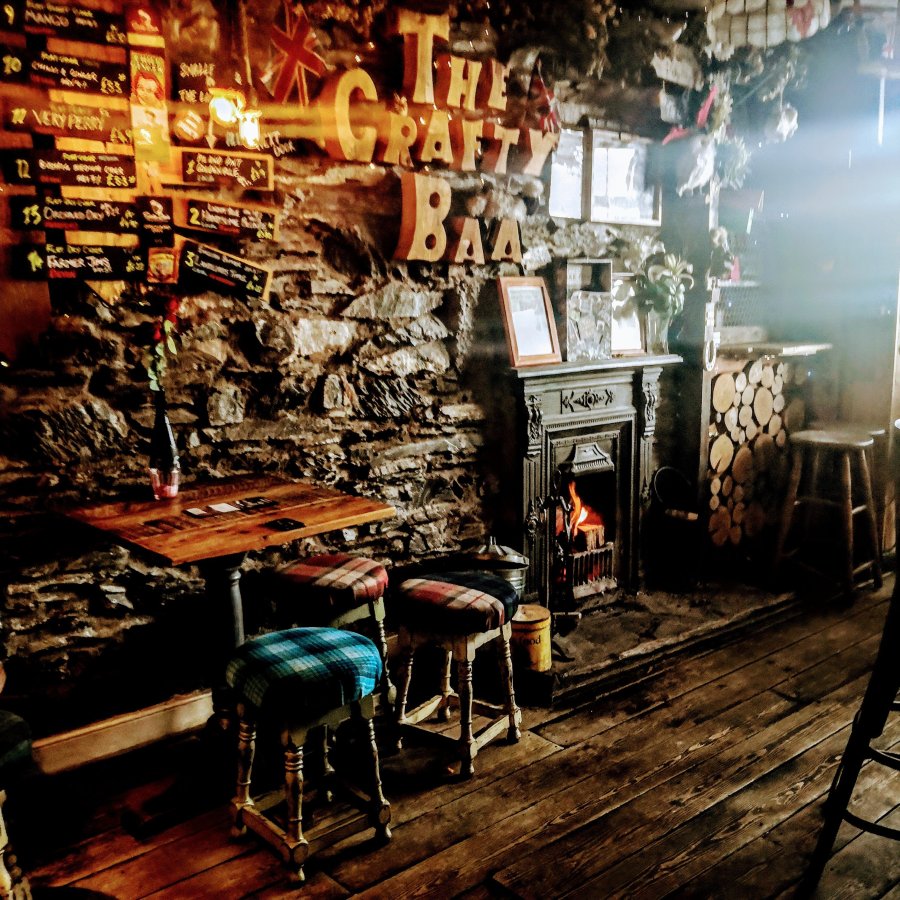 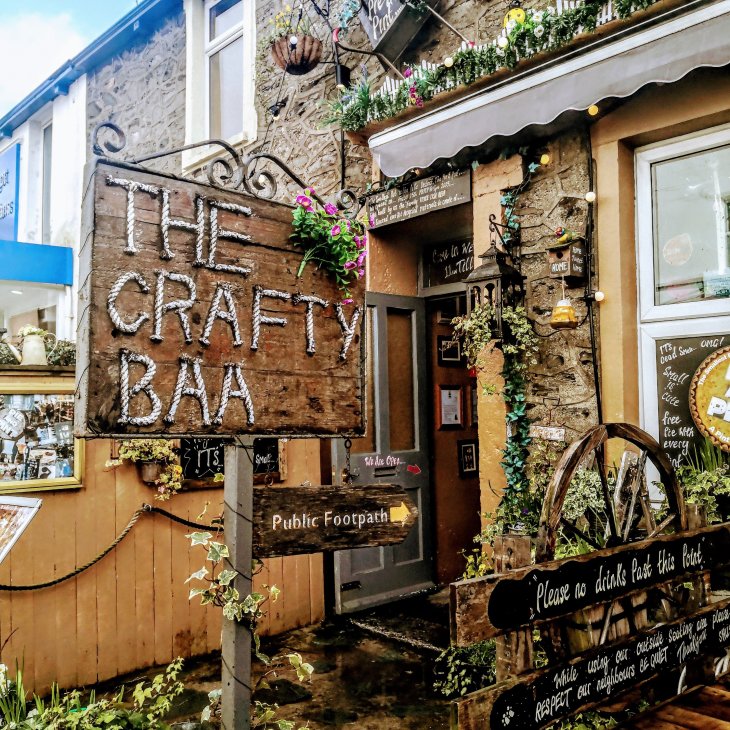 OK. Look at the next 3 photos and guess where I am. 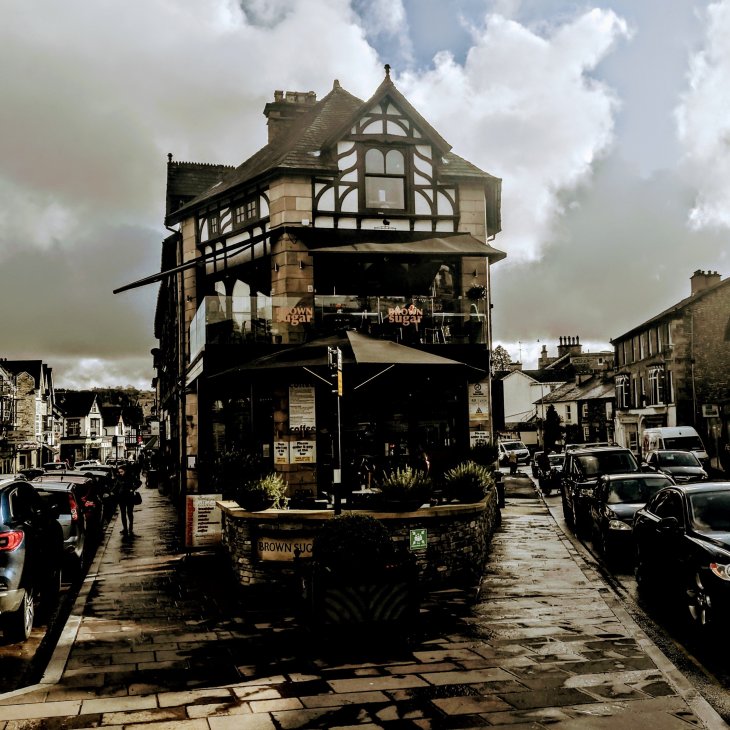 No looking at dialling codes you cheat. 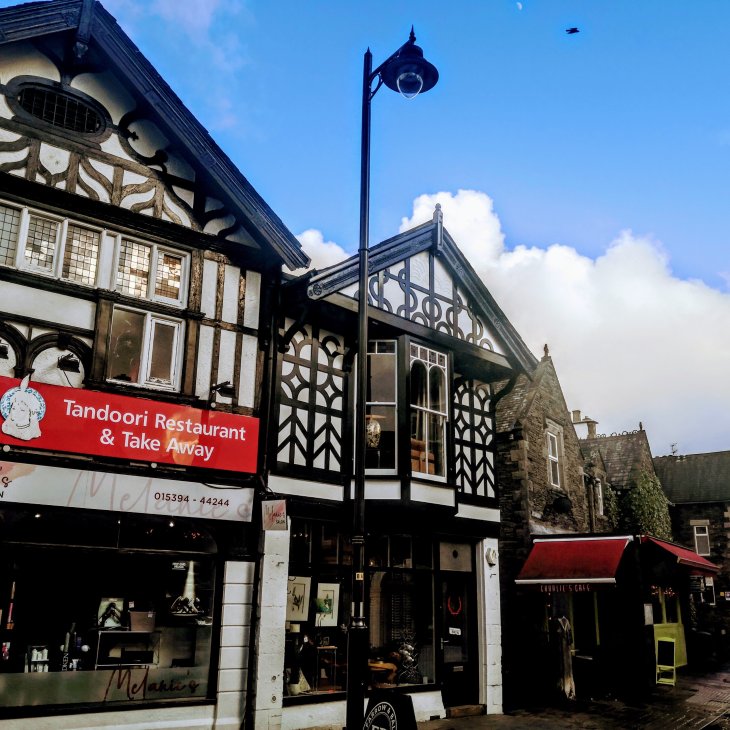 I know, looks like Wigan, doesn’t it ? But this is Windermere in the heart of the Lake District, one of the UK highlights I’ve rather neglected over the years, along with West Devon and the Scottish Highlands.

Windermere is basically as far as the rail line goes, and the train disgorges gentlefolk, walkers and people from Preston into what feels a bit like Matlock Bath without the bikers. 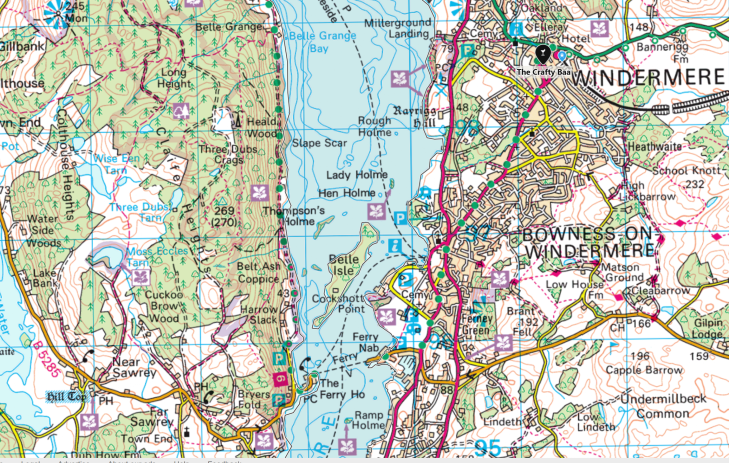 Without time to take the steamer across to Beatrix Potter Land I fail to fall for any charms that Windermere has, but the GBG entry blows me away. 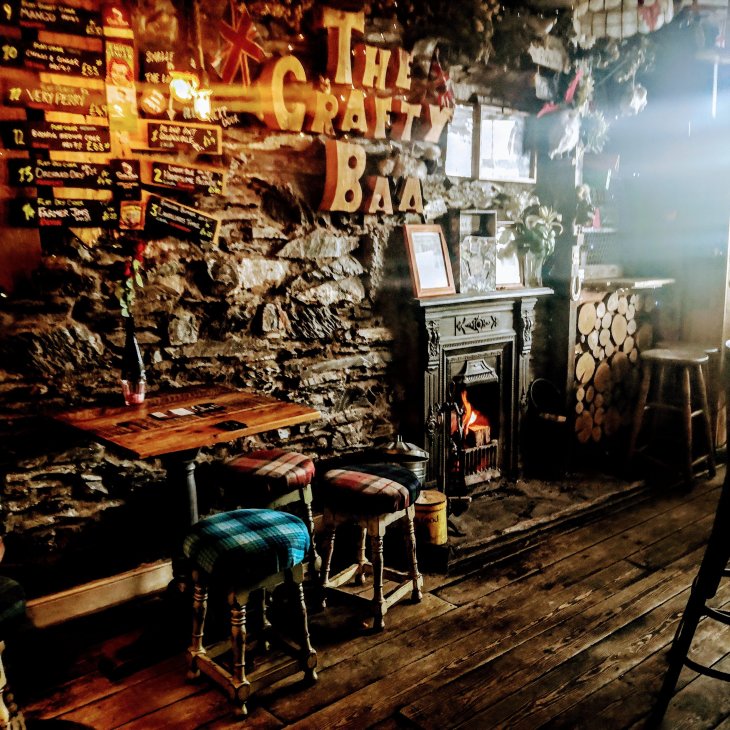 “Do you have any cask beer ?” I ask, making the international symbol of a handpump.

“Follow me, follow me” says the barman, ushering me through a tiny door to an even tinier room containing the cask; perhaps the smallest pub room in the country with a small row of seating round two walls and a phalanx of barrels.

“I’m sorry. I only have one beer on at the moment“.

“One is enough, sometimes more than enough” I say, sagely. He looks worried.

I think about asking for tasters or a paddle of thirds of the same beer but he probably already thinks I’m a prat so I just take a seat and annoy two lads on tour from the Isle of Man by asking them for details of Manx preemptive ticks.

“Is there anywhere else good round here ?” I ask.

“We’ve got the best beer in the world right here” says a lady who emerges from changing a barrel.

The local beer was indeed very good (NBSS 3.5), whatever it was, and if you get chatting to locals you might well love the place, micro or not.

And I suspect if you slip next door to the craft bar you might very well end up losing an afternoon, and your life savings, on those US 9.2% Imperial Porters. You’ve been warned.

9 thoughts on “THE CRAFTY BAA”