My latest trip took me to Cumbria, which you’ll remember from my big spreadsheet is one of the key counties, a Super Tuesday of a county if you will.

What a lovely bit of OS the South Lakes make. All the pubbing greats are heading here this last year. BRAPA reached Levens in October, and Irish Sea Dave seems determined to visit all of Barrow’s keg pubs in a week.

2 of 3 Barrow Island ,The Devonshire Hotel.The Dev. among the Barrow tenements was superbly friendly within,& landlady won an award in '19 as such. No cask or craft again,no carpet,several rooms. More dogs than customers!Very rare unreconstructed earthy gem of a place. pic.twitter.com/3v6njjEi9r

I rather envy Dave his string of “earthy gems“.

I bet he doesn’t get asked “Are you joining us for lunch ?”, as I am in the Hare & Hounds. An odd phrase, implying the Landlady will be sharing a takeaway with you.

Quite a contrast between Nottinghamshire’s community micros and Cumbria’s succession of destination gastropubs.

But it’s pristine, the handpumps gleam, and the pepper pots replacing jam jars is a nice touch.

“Er, just a half of Pale” I say, apologetically.

“Enjoy it” She goes back to writing on the chalkboards.

“Right, I need a funny Monday quote“. I can’t help with that.

I survey the seating options. 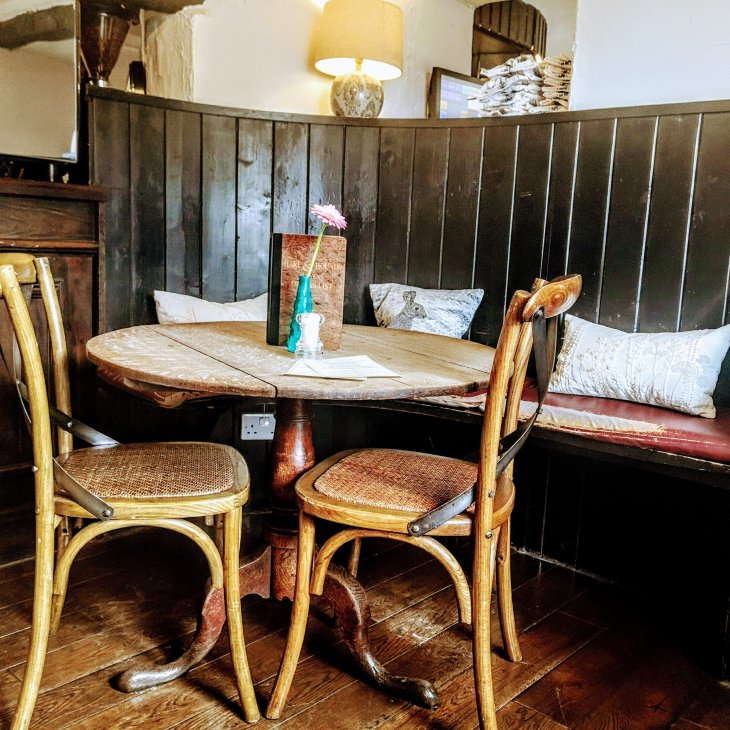 “You can sit just there” I’m told, directed to a table without reservations.

It’s a nice table, and she’s very helpful and professional, but I feel out of place, with just one of other table of gentlefolks saying “Lovely“.

Sadly the Pale isn’t as crisp as I like it either, and a 3 becomes a 2.5 over the course of ten minutes during which I decide to dump it. Life’s too short to drink 2.5 beer.

“Is Number Five just having drinks ?” says the Landlord as he passes my table.

They’re talking about me; I’m Number Five. Reader, I am NOT a number.

Levens is a charming village of holiday cottages, painters and decorators and a pink dinosaur. 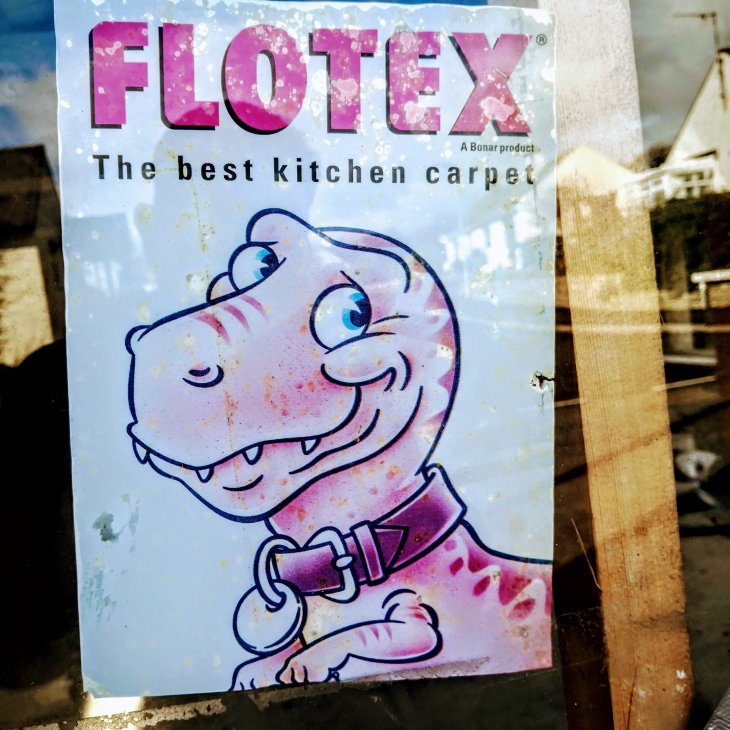 But it’s no Barrow.